Police have broken up duelling demonstrations about an enormous Confederate monument in a park near the city of Atlanta in the US state of Georgia.

Several dozen far-right demonstrators, some waving the Confederate battle flag and many wearing military gear, gathered on Saturday in central Stone Mountain, where they faced off against a few hundred counter-protesters, many of whom wore shirts or carried signs expressing support for the Black Lives Matter movement.

People in both groups carried rifles.

But the Stone Mountain Memorial Association denied the permit on August 4.

Amid a national reckoning about racial justice following the May 25 police killing of George Floyd, an unarmed Black man, calls for the removal of Confederate statues and monuments have grown.

Demonstrators gathered in Stone Mountain in support of a confederate monument and faced off against a few hundred counter-protesters [File: John Bazemore/The Associated Press]

Stone Mountain Park was closed to visitors on Saturday and was set to reopen on Sunday.

With police manning barriers to keep people from entering the park, demonstrators took to the streets of the adjoining city of Stone Mountain, which on Friday had advised residents to stay home and businesses to shut down.

After several hours of mostly peaceful demonstrations, large numbers of police moved in to disperse the crowds when fights broke out just before 1pm, with people punching and kicking each other and throwing rocks.

Within an hour, almost all of the protesters had left the area.

The event was planned as a response to a march in the park by a Black militia group on July 4, in which demonstrators spoke out against the huge sculpture, which is carved into the face of a granite mountain.

The park has historically been a gathering place for white supremacists, while the city of Stone Mountain has a majority-Black population. 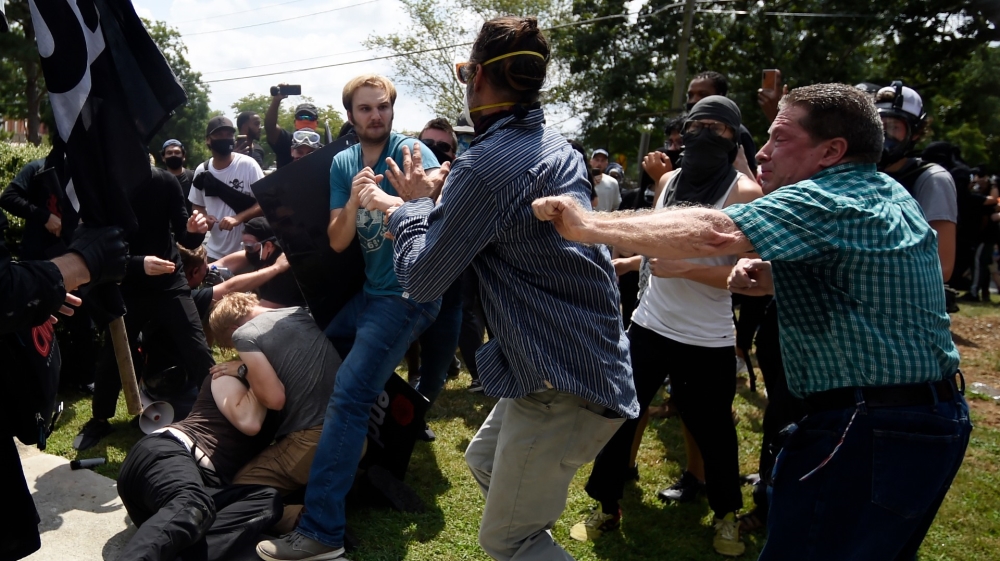 Also on Saturday, members of the far-right Proud Boys group held a rally in Kalamazoo, Michigan with counter-protesters gathering in response.

The groups confronted each other and fistfights broke out before police arrived and ordered the crowds to disperse. A reporter for MLive.com, who was detained by police while recording live on Facebook, reported that some of the Proud Boys also used pepper spray during the clashes.

The male-only Proud Boys has been called “extremist” by the Anti-Defamation League and described as a hate group by the Southern Poverty Law Center. The Proud Boys dispute those descriptions. 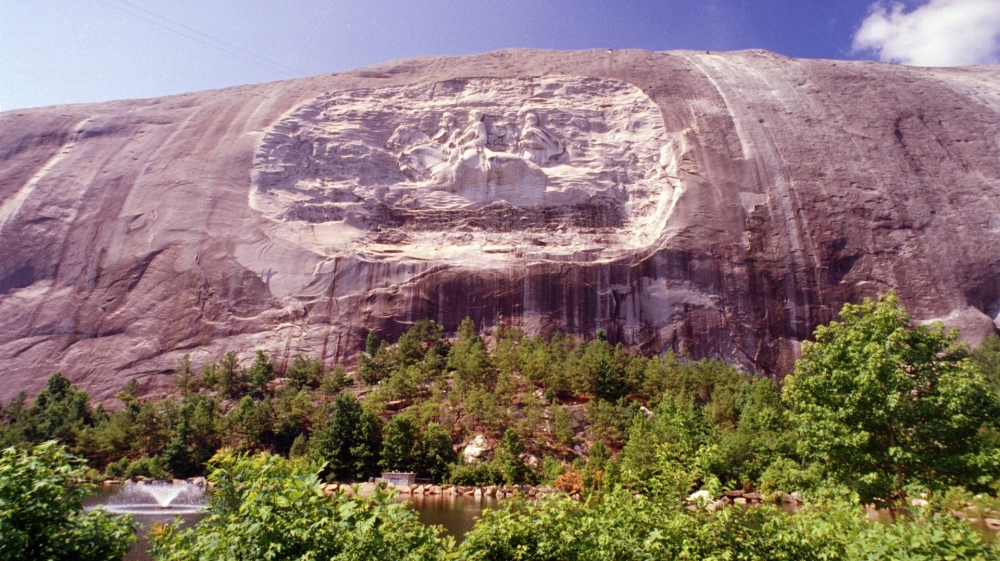