The Trump administration on Thursday imposed sanctions on a Russia-linked Ukrainian legislator and three Russians for interfering in the US presidential election by releasing edited audio recordings designed to denigrate Democratic candidate Joe Biden.

The action by the US Treasury Department is the second time in as many months that the administration has called out Andrii Derkach by name.

“Andrii Derkach and other Russian agents employ manipulation and deceit to attempt to influence elections in the United States and elsewhere around the world,” Treasury Secretary Steven Mnuchin said in a statement.

President Trump had promoted one of the edited recordings on Twitter on August 17.

Harris elbow bumped some of the customers eating inside the restaurant with masks on and chatted with some of them about the importance of voting, according to a pool report from media travelling with the candidate.

A man eating there said, “Welcome to Doralzuela” (Doral + Venezuela). Harris laughed and responded with a “gracias” before getting into the importance of voting.  “There are so many important issues,” she told the man. “There’s so much at stake.”

Biden lags among Latino voters in Florida where the latest polls show the presidential race is tied.

Wheels down in Miami. pic.twitter.com/AKaicUbQyB

The US Senate killed a Republican bill that would have provided $300bn in new coronavirus aid, as Democrats who seek far more funding prevented it from advancing.

By a vote of 52-47, the Senate failed to get the 60 votes needed in the 100-member chamber to advance the partisan bill toward passage. The vote makes it unlikely a new round of coronavirus relief will be approved by Congress before the election.

Senator Rand Paul, who opposed the deficit spending in the bill, was the lone Republican to vote no with all Democrats and two independents. Senator Kamala Harris was absent campaiging in Florida.

As remote and early voting begins in the US, Twitter said Thursday that starting September 17, attempts to raise questions or doubts about the voting process will be subject to a label or removal.

“We will not permit our service to be abused around civic processes, most importantly elections,” Twitter said in a blog post Thursday. “Any attempt to do so — both foreign and domestic — will be met with strict enforcement of our rules, which are applied equally and judiciously for everyone.”

Mail-in ballots are already headed to voters in North Carolina and Alabama. On September 18, Minnesota will be the first state to allow in-person early voting.

“This president put the health of America first from day one, but he also wanted to reassure the American people all along the way,” Pence said.

“There’s that old saying from World War II, in Great Britain, ‘Keep calm, carry on.’ That was the presidential leadership that I saw,” he said.

US House of Representatives Speaker Nancy Pelosi said at a news conference at the US Capitol that President Trump’s remarks to journalist Bob Woodward showed “contempt” for the American people.

“What the President did – in those comments – showed his contempt, contempt for the American people and their health, contempt for science, contempt for any real effort to crush the virus, contempt for his supporters, their children, their parents,” Pelosi told reporters.

“He hid the facts and refused to take the threat seriously, leaving the the entire country exposed and unprepared,” she said.

As the fallout from President Donald Trump’s quotes in Bob Woodward’s new book continues, US House of Representatives Speaker Nancy Pelosi will hold a news conference this morning. She will be taking questions about his comments and the impasse in negotiations with the White House and Republicans over a coronavirus aid bill.

President Donald Trump is scheduled to meet over lunch with Secretary of State Mike Pompeo this afternoon before heading to a campaign rally in the battleground state of Michigan, a day after his Democratic challenger Joe Biden campaigned there promoting his proposed economic policies.

Biden is off the campaign trail today and will hold a series of fundraisers virtually. His vice presidential running mate, Senator Kamala Harris and her husband will campaign in Miami, Florida this afternoon. A series of polls released in the past week show Trump and Biden neck-and-neck in Florida, a very important state.

Vice President Mike Pence is scheduled to speak to cadets at the Virginia Military Institute this afternoon.

The US Senate was set to vote on Thursday on a proposed Republican bill that would provide $300bn in new coronavirus aid, a fraction of the $3 trillion Democrats insist is needed to stimulate an ailing economy and help people struggling through the pandemic. The legislation is expected to fail to garner the 60 votes needed to advance in the Senate, the Reuters news agency reported.

In what could be the final vote on coronavirus relief in Congress before the November 3 presidential and congressional elections, Republicans and Democrats appear deadlocked over the next steps in responding to a virus that has killed more than 190,000 people in the US and nearly 900,000 globally.

Senate Majority Leader Mitch McConnell, a Republican, does not have enough votes to pass a $300bn virus aid bill for the US. Democrats have proposed ten times that amount in a $3 trillion bill. [Joshua Roberts/Reuters]

Trump and the White House are battling to control the damage from journalist Bob Woodward’s forthcoming book, Rage, in which Trump is quoted on downplaying the threat of the coronavirus to the American public.

The president discounted Woodward’s book in remarks to Fox News host Sean Hannity on Wednesday night: “He called. I didn’t participate in his last one, and he does hit jobs with everybody,” Trump said.

“He even did it on Obama … So I figured, you know, let’s just give it a little shot. I’ll speak to him. Wasn’t a big deal … I don’t know if the book is good or bad. I have no idea,” Trump continued. “Probably – almost definitely won’t read it because I don’t have time to read it. But I gave it a little bit of a shot. Sounds like it’s not going to be good,” Trump said.

In a 13:02 GMT tweet on Thursday, Trump picked up a new line of criticism of Woodward that the Washington Post columnist should have published the interviews sooner to save lives.

Bob Woodward had my quotes for many months. If he thought they were so bad or dangerous, why didn’t he immediately report them in an effort to save lives? Didn’t he have an obligation to do so? No, because he knew they were good and proper answers. Calm, no panic!

Hello and welcome to Al Jazeera’s continuing coverage of the US elections. This is William Roberts.

Read all the updates from yesterday (September 9) here.

Covid hospital admissions down in all England regions 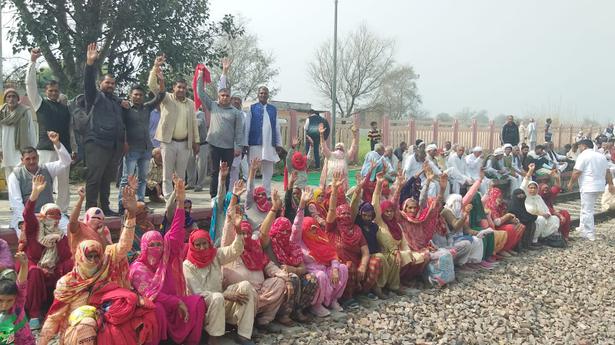