United States Congressman Gregory Meeks has been elected the new chairman of the House Foreign Affairs Committee, making him the first African American to lead the powerful congressional body.

Meeks, a Democrat who represents New York’s 5th District and a senior member of the Congressional Black Caucus, defeated Texas Democrat Joaquin Castro in a vote of 148-78. Brad Sherman of California earlier dropped out of the race.

“I look forward to working together with Chairman Meeks, particularly on our common goals such as promoting diversity at the US State Department and rejoining the Iran nuclear deal,” Castro said in a statement, congratulating Meeks for his victory.

Thank you to everyone who supported my candidacy — and shared my vision to rebuild America’s infrastructure of diplomacy.

Meeks will take over from Eliot Engel, another New York Democrat who, in June, lost a Democratic primary for his House seat.

“The Democratic Caucus chose Chairman-elect Meeks as the best leader to stand up for its members’ priorities. I’m confident that he will also carry forward the committee’s tradition of legislating and oversight driven by what’s best for American interests, not partisan gain,” Engel said in a statement.

“As my time as Chairman comes to an end, I’m glad to be leaving the gavel in such good hands.

The House Foreign Affairs Committee is responsible for legislative oversight on a range of foreign policy issues, including US war powers, national security affecting foreign policy and foreign assistance, among other things.

Meeks told US news outlet The Hill last month that if he won the chairmanship, he would focus on rebuilding the country’s relationships with its allies and rebuilding the US Department of State.

“The State Department is at its lowest in morale in all of the 22 years that I’ve been in Congress,” Meeks said. “As I talk to diplomats, career diplomats, it is unbelievable from what they tell me as to the low morale and what has taken place there.”

In an interview with C-SPAN in September 2019, Meeks criticised Donald Trump’s “maximum pressure” campaign against Iran.

He also said that the US president’s decision to pull the US out of a multilateral nuclear deal – under which the Iranian government agreed to curb its nuclear programme in exchange for a lifting of sanctions – was “a mistake”.

Thrilled for the history making election of @RepGregoryMeeks as HFAC chair! I am proud to join Rep. Meeks as he works to restore American global leadership & smart, strong, diplomacy!

Earlier year, Meeks called for conditioning US aid to Israel to pressure the country to abide by international law and respect human rights, but he quickly reversed his position.

“We know the extreme importance in the region to make sure that Israel has the right to defend itself, and the dollars that we give Israel to defend itself [are] absolute and unequivocal,” Meeks said, as reported by The Times of Israel.

Meeks has been a staunch defender of Israel within the Democratic Party, tweeting in 2018 that “Israel is our strongest ally and I support its right to defend itself.”

In August, he welcomed a US-brokered deal to normalise diplomatic relations between Israel and the United Arab Emirates, calling it “a major milestone for the region”.

Palestinians rejected that agreement as a betrayal and an attempt by the Trump administration to help Israel cement its control over the occupied Palestinian territories.

Unmarried daughter entitled to pension of both parents: SC 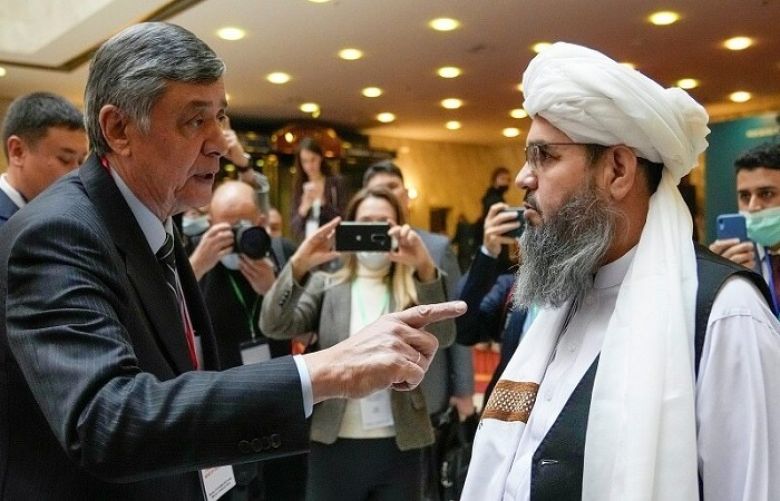