Amid widespread protests and unrest over the police killings of Black Americans, a national commemoration of the 1963 civil rights March on Washington is being reconfigured to comply with coronavirus protocols in the District of Columbia.

Although many marchers will arrive via charter buses from surrounding communities on August 28, the Reverend Al Sharpton, one of the organisers, will ask some to join satellite marches planned in states that are considered hotspots for COVID-19.

“We’re following protocol,” Sharpton told The Associated Press in an exclusive interview. “The objective is not how many thousands of people will be [in Washington]. It’ll still be a good crowd.”

The commemoration, taking place on the 57th anniversary of the Reverend Martin Luther King Jr’s “I Have A Dream” speech, will begin with a rally at the Lincoln Memorial. Martin Luther King III, a son of the late civil rights icon, lawyer Benjamin Crump and the families of George Floyd, Trayvon Martin, Eric Garner, Ahmaud Arbery, and Breonna Taylor, are expected to participate in Washington.

Organisers plan to go ahead with the commemoration of the 1963 civil rights march on Washington, DC but have altered their plans to accommodate for coronavirus rules [File: Chip Somodevilla/Getty Images/AFP]

Following the commemorative rally, participants in Washington will march to the Martin Luther King Jr Memorial in West Potomac Park, next to the National Mall, and then disperse.

All participants will be required to wear masks, Sharpton said. Organisers also will provide hand sanitising stations and conduct temperature checks throughout the event.

“The objective is to put on one platform, in the shadow of Abe Lincoln, the families of people that … have lost loved ones in unchecked racial bias,” Sharpton said. “On these steps, Dr King talked about his dream, and the dream is unfulfilled. This is the Exhibit A of that not being fulfilled.”

The revised plan appears to avoid a potentially awkward face-off with Washington Mayor Muriel Bowser’s government about COVID-19 restrictions in the nation’s capital. In late July, with local infection numbers rising, Bowser ordered that anyone travelling or returning to Washington from a virus hotspot must self-quarantine for 14 days. The list is revised every two weeks and the newest list, released on August 10, classifies 29 states as hotspots.

Bowser, when asked on July 30 about the potential conflict, said government officials had been in contact with march organisers and that Washington would not be relaxing its virus rules for participants.

“They are aware of all the local guidance that would affect their planning,” she said. “If there are people who are coming from jurisdictions that are on that list, they would need to be quarantined.”

The August 28 event has already received a permit from the National Park Service (NPS). Operating under a permit application submitted by activist and radio host Reverend Mark Thompson, the original application estimates 100,000 participants.

NPS spokesman Mike Litterst said his agency was discussing COVID-19 mitigation plans with the organisers, but that compliance with local virus restrictions was “not a requirement or condition of the permit”.

Sharpton’s civil rights group, the National Action Network, is working with its local chapters to hold commemorations in Kentucky, South Carolina and Texas, where outdoor jumbo screens will display a live simulcast of the rally in Washington. All of those states are currently on Washington’s hotspot list.

The NAACP, one of several partners in this year’s commemoration, last week launched a website for a virtual March on Washington. The site will livestream the Washington march, in addition to other programming leading up to and after the event.

The Movement for Black Lives, a coalition of more than 150 Black-led organisations that make up the broader Black Lives Matter movement, will hold its virtual Black National Convention later in the evening. Organisers said their convention would coincide with the unveiling of a new political agenda intended to build on the success of this year’s BLM-themed protests, which called for the defunding of police departments in favour of investments to healthcare, education, housing and other social services in Black communities. 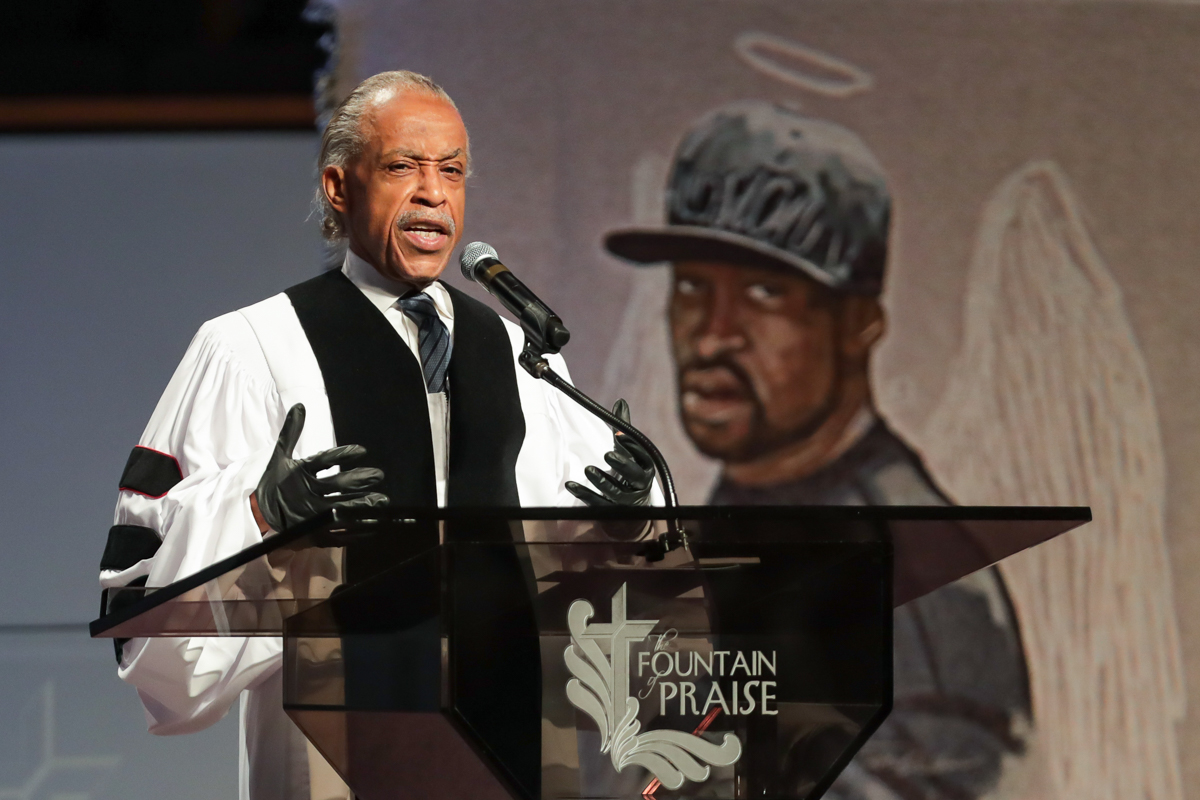 Reverend Al Sharpton announced plans for the march during a memorial service for George Floyd in June at The Fountain of Praise church in Houston, Texas [Godofredo A Vasquez / Pool via EPA]

Sharpton first announced plans for the commemoration during a June memorial service in Minneapolis for Floyd, a Black man whose death at the hands of police galvanised nationwide protests against police brutality and systemic racism. The march’s theme – “Get Your Knee Off Our Necks” – is inspired by a refrain from Sharpton’s eulogy for Floyd, who died May 25 after a white police officer held his knee to Floyd’s neck.

The civil rights leader has called for participants in other states to march on their US senators’ offices, to demand their support of federal policing reforms. Sharpton said protesters should also demand reinvigorated US voter protections, in memory of the late Congressman John Lewis who, until his death on July 17, was the last living speaker at the original March on Washington for Jobs and Freedom in 1963.

In June, the Democrat-controlled House of Representatives passed the George Floyd Justice In Policing Act, which would ban police use of stranglehold manoeuvres and end qualified immunity for officers, among other reforms.

In July, following Lewis’s death, Democratic senators reintroduced legislation that would restore a provision of the historic Voting Rights Act of 1965 gutted by the US Supreme Court in 2013. The law previously required states with a history of voter suppression to seek federal clearance before changing voting regulations.

Both measures are awaiting action in the Republican-controlled Senate.

“Everybody is trying to jump from demonstration and to reconciliation, with no legislation,” Sharpton said. “If we don’t have the legislation, we’ll be back here again.” 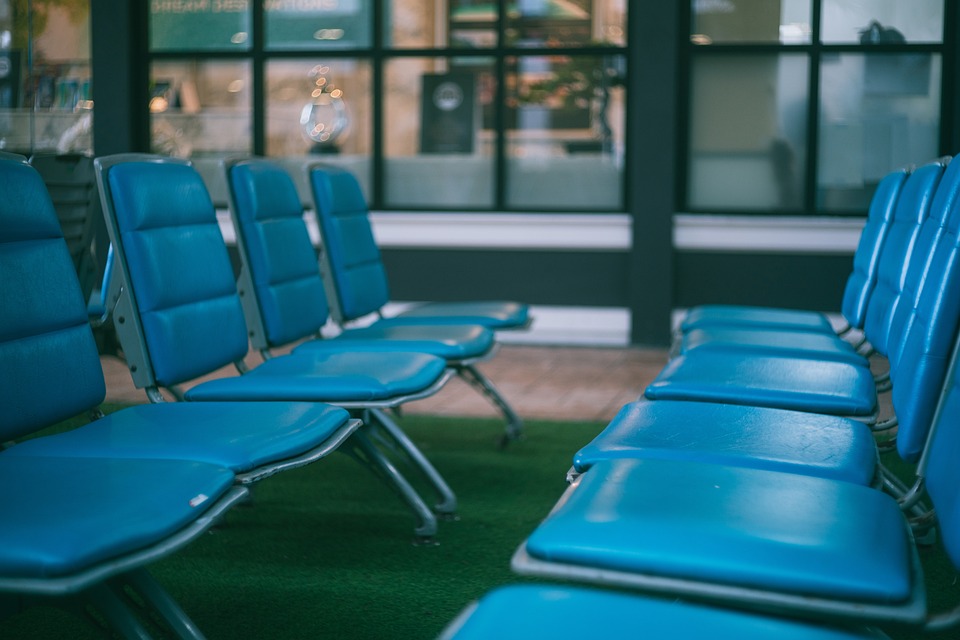