US President Donald Trump’s personal Twitter account has been locked and faces a ban unless he deletes three posts that reference election fraud – even as they called for his supporters who stormed Congress to go home in peace.

Twitter cited the “unprecedented and ongoing violent situation in Washington,DC” to delete three of Trump’s tweets posted on Wednesday, in which the president called for his supporters to stand down and go home – but also repeated his claims that the 2020 presidential election was stolen and plagued by fraud.

As a result, Trump’s personal account will remain locked for 12 hours after he deletes the three offending tweets – or indefinitely, if he chooses not to, the company announced. Future violations of their policies will result in “permanent suspension” of the account.

Future violations of the Twitter Rules, including our Civic Integrity or Violent Threats policies, will result in permanent suspension of the @realDonaldTrump account.

Facebook and YouTube have also deleted the video message Trump sent on Wednesday, seeking to talk down several hundred protesters who broke into the Capitol building and briefly occupied the chambers of the Senate, House of Representatives and congressional offices.

The intrusion came just as the joint session of Congress was addressing objections by several Republican lawmakers to certifying Electoral College votes that would make Democrat Joe Biden the next US president. Lawmakers were evacuated to nearby Fort McNair, and many have since cited the unrest as the reason to speedily approve Biden’s election.

Trump’s last tweet, which was first labeled as “risk of violence” and then deleted by the platform, urged his supporters to “go home with love & in peace. Remember this day forever!”

However, it also said that “these are the things and events that happen when a sacred landslide election victory is so unceremoniously & viciously stripped away from great patriots who have been badly & unfairly treated for so long.” This which apparently violated the policy of all social media platforms that the 2020 election results are not to be questioned. 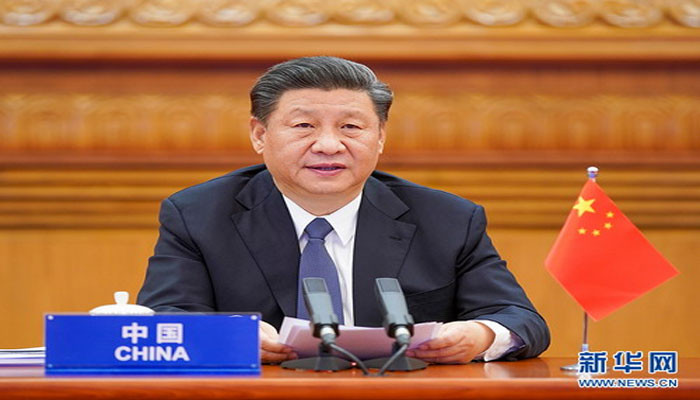 China will uphold world peace despite others' concerns: Xi

Biden and Harris named Time's Person of the Year