The Supreme Court ruled that the Taliban has no legal authority to decide cases after the petitioners presented a verdict issued by the group in their defence in a land dispute case.

A two-judge bench of the apex court comprising Justice Qazi Faez Isa and Justice Maqbool Baqar has rejected a ‘decision’ issued by the “Emarat-e-Islami Taliban, Waziristan wa Afghanistan” (Taliban), which was referred by the petitioners to justify their case.

Justice Isa while authoring three-page judgement noted that the Taliban infiltrated into Pakistan and by mid-2005 they had illegally occupied and assumed control over a part of the territory of the ‘Islamic Republic of Pakistan’ including parts of Waziristan.

"Pakistan is a sovereign country and the applicable law of Pakistan applies over every inch of its territory," reads the order.

The court further observed that every square inch of the territory of Pakistan is precious and must be kept free and safe.

A suit for specific performance was filed by the petitioners who alleged that they had entered into an agreement on April 30 in 2019 with the respondents for the sale of certain lands.

The petitioners were required to lead evidence in support of their claim which they failed to do despite being granted a number of opportunities; resultantly their side was closed and the learned judge of the trial court dismissed their suit.

The petitioners challenged the decision by filing an appeal, which was dismissed and so too the revision filed by them before the Peshawar High Court.

The counsel says that the petitioners were not given sufficient opportunity to lead evidence before closing their side and dismissing their suit.

The trial court’s order dated October 3, 2012 refers to an application of the petitioners whereby they sought the court’s permission to prove the ‘Iqrar Nama, [agreement] through secondary evidence because it’s original was stated to be with the defendants (respondents herein).

During the hearing, the bench asked the counsel to refer to the secondary evidence sought to be produced, that is the copy of the said Iqrar Nama, however, the counsel states that the same was not an Iqrar Nama but a decision dated 30 April 2009.

The petitioners had relied on an Iqrar Nama (agreement) but later stated that the document was instead a decision.

"Leaving aside the question whether they could change their stance so fundamentally, we have examined the document which is a ‘decision’ issued by the “Emarat-e-Islami Taliban, Waziristan wa Afghanistan” (Taliban). The Taliban had no legal authority to decide cases", reads the judgement.

The apex court said that the purported ‘decision’ / ‘agreement’, could neither be made the basis of a suit nor relied upon.

“Therefore, leave [right] to appeal is declined and consequently this petition is dismissed,” the judge said in the order. 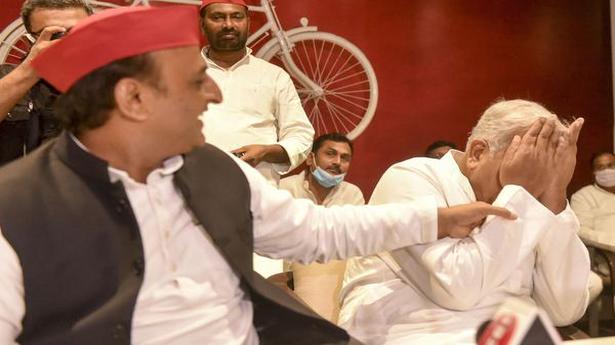