Survivors and relatives of victims from a mass shooting at two New Zealand mosques described in court on Tuesday how more than a year after the attack, they are still having trouble sleeping, enjoying life and providing for their families.

It was the second day of a four-day sentencing hearing for Brenton Tarrant, an Australian self-confessed white supremacist who murdered 51 Muslim worshippers and wounded dozens more during the March 2019 attacks.

The 29-year-old in March pleaded guilty to murder, attempted murder, and “terrorism”, reversing an earlier “not guilty” plea. He could become the first person in New Zealand to be sentenced to life imprisonment without the possibility of parole, the toughest sentence available.

The hearings have given many a chance to confront Tarrant, who showed little emotion as he sat in the dock surrounded by five officers.

Rashid Omar, whose 24-year-old son Tariq was killed at the Al Noor mosque, said he had desperately held out hope his son had survived until police and Muslim leaders read out a list of those who died.

“My body went completely weak and everything went silent,” Omar said, breaking down into tears.

“As a parent, no matter how old your children are, they’ll always be your baby.”

Each day has become a burden to endure and he finds even simple tasks hard to complete, Omar said. He wakes up tired and with no energy. He once loved photography, he said, but now cannot bear to pick up a camera.

Omar’s wife Rosemary said she functions from moment to moment, often in a fog. The loss and grief is debilitating, she said, and has cast a shadow over everything in their lives.

“It’s like I’m broken, and I see my family as broken,” she said.

Ambreen Naeem, who lost both her husband Naeem Rashid and son Talha in the killings, branded the gunman the “biggest loser”.

“Since my husband and son passed away, I’ve never had a proper, normal sleep. I don’t think I ever will,” she said. “It is irreparable damage to me, that is why his punishment should continue forever.”

Naeem Rashid was hailed as a hero and prosecutor Barnaby Hawes said he “allowed a number of other worshippers to escape” when he charged at Tarrant in the Al Noor mosque and partially knocked him down. 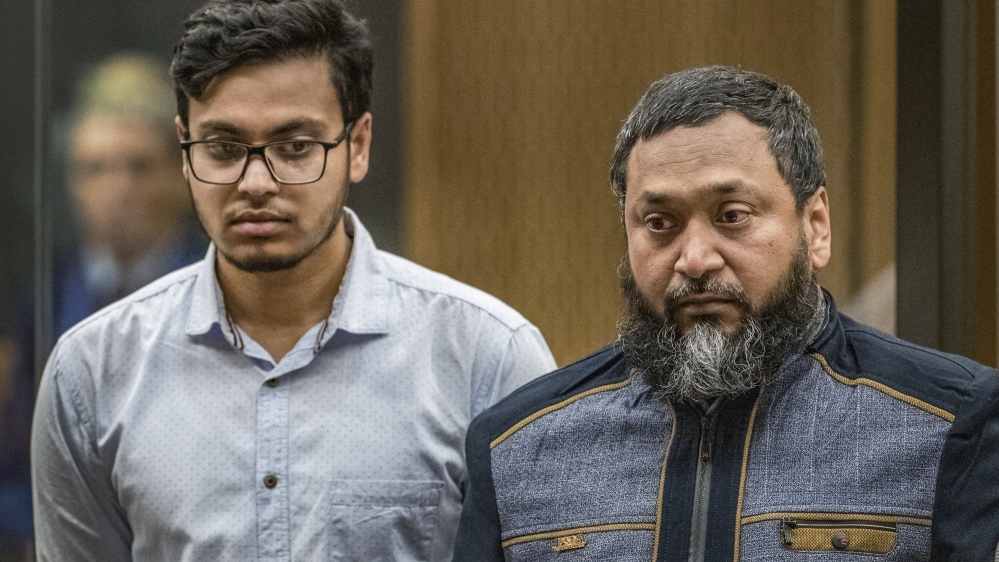 Many of those who spoke described continuing financial strain.

Motasim Uddin, who was shot in the leg and spent more than three months in hospital, said he had not been able to return to his job as a welder and was worried about his future, especially as he was trying to support his parents in Bangladesh.

“I cannot forget what happened, what I saw,” Uddin said. “I try to forget, but I wake up thinking about it.”

Mohammad Siddiqui was shot in the arm when “the devil” arrived at the Al Noor mosque.

“Yes, I call him a devil because you entered the house of God with evil intentions to kill innocent people. You’ve killed the dreams of my friends and family with … your gutless action.”

Noraini Milne, whose 14-year-old son Sayyad was killed, said her own survival came as a blessing as she planned to spend her life helping others.

“You are already dead to me,” she said to Tarrant. “Whatever punishment you are going to receive in this world will never be enough.” 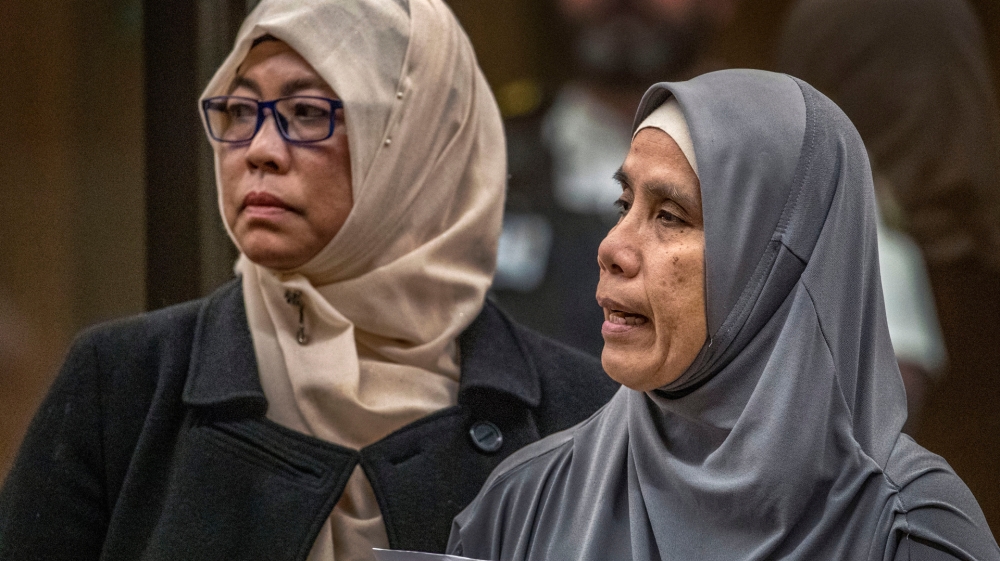 Tarrant has dismissed his lawyers and is representing himself during the sentencing, raising fears he could try to use the occasion as a platform to promote his racist views. He can choose to speak once the survivors have spoken, although the judge is expected to stop any attempt to grandstand.

They also prompted global changes to social media protocols after the gunman livestreamed his attack on Facebook, where it was viewed by hundreds of thousands of people.

Tarrant, a former gym instructor, said he wanted to instil fear into those he described as “invaders”, including New Zealand’s Muslim population.

But Raesha Ismail, who lost her brother Junaid in the attack, said it only strengthened her beliefs and she was now “more open with practising my faith in the workplace”.

Angela Armstrong, whose mother Linda died in the attack, challenged Tarrant to use his life in prison to consider the beauty and diversity of the freedom he sought to destroy.

“You robbed me of my mother, of her love and strength. Likely you will also never again feel the love and warmth of your mother’s hug either. While I have pity for your mum, I have no emotion for you. You are nothing,” she said.

“While he will remain trapped in a cage my mum is free. I therefore challenge Tarrant to use his remaining lifetime to consider the beauty and life to be found in diversity and freedom that he sought to distort and destroy.”

“To this day, I have not received an apology nor have I seen any shred of remorse for his despicable actions,” he said.

Educational institutions from grade 9 to 12 reopened from today