The Supreme Court (SC) on Friday upheld the Election Commission of Pakistan’s (ECP) decision to hold re-polling in the entire National Assembly constituency NA-75 in Daska.

A three-member bench of the apex court, headed by Justice Umer Ata Bandial, heard the petition of PTI candidate Ali Asjad Malhi, challenging the ECP order of February 25, 2021, declaring the by-election at NA-75 Daska void and ordering re-polling in the whole constituency.

The decision was reserved by the bench after the arguments were concluded by all the parties. The Supreme Court in its verdict ordered the ECP to hold re-polling in NA-75 Daska on April 10.

On Feb 25, the Election Commission of Pakistan (ECP) had ordered re-election in the NA-75 Sialkot-Daska constituency over alleged rigging and irregularities.

The Pakistan Tehreek-e-Insaf (PTI) had challenged the Election Commission of Pakistan’s decision to order re-polling at all polling stations in NA-75. The petition was moved by PTI candidate from Daska Ali Asjad Malhi.

Moreover, the ECP had also ordered the suspension of the relevant deputy commissioner, the district police officer (DPO), assistant commissioner and SPDO Daska over “rigging” during the by-poll in the NA-75 constituency. 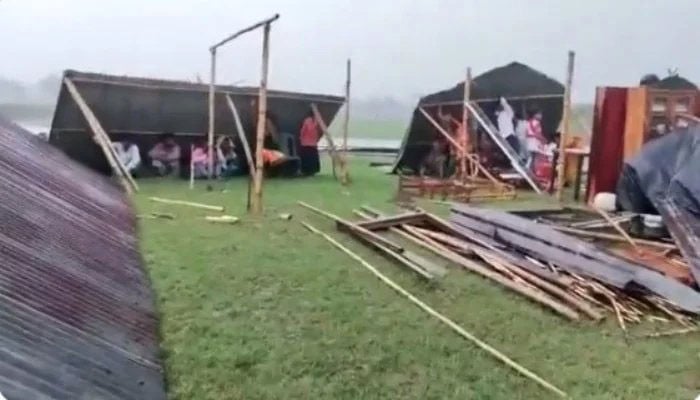