There are the latest updates:

A lobsterman, Jason Joyce, said he had not voted for Trump in 2016, in part because he was unsure whether the Republican candidate was conservative enough.

“I have to confess: I didn’t support Trump in 2016. Skeptical that he shared my conservative views, I expected him to flip flop on his campaign promises. But he has followed through on his promises.”

“As long as Trump is president, fishing families like mine will have a voice.”

Myron Lizer, vice president of the Navajo Nation, said President Trump had “made it a priority to repair the relationship” between the Navajo and the federal government.

“Our people have never been invited into the American dream,” Lizer said. “We’ve for years fought congressional battles with past congressmen and senators that were part of a broken system that ignored us. That is, until President Trump took office.”

Trump signed a document that fully pardons Jon Ponder, a Black man who was convicted of bank robbery. Trump called it a “beautiful testament to the power of redemption.” Ponder now leads a program in Las Vegas that helps former prisoners reenter society, called Hope for Prisoners. 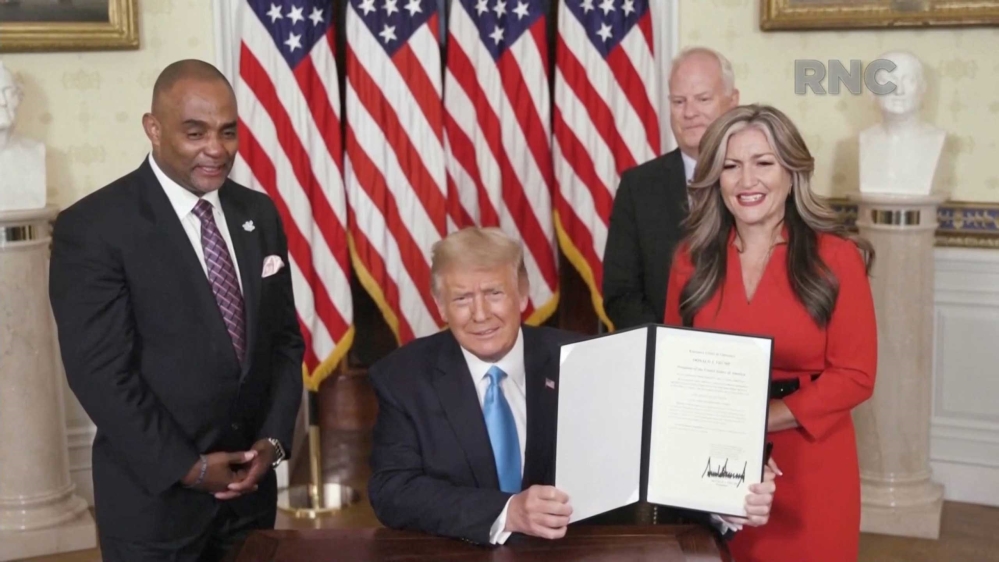 US President Donald Trump, next to Jon Ponder and his wife, and former FBI agent Richard Beasley, after signing pardoning Ponder [2020 Republican National Convention/Handout via Reuters]

A speaker who had been scheduled to address the second night of the Republican National Convention has been pulled from the lineup after she directed her Twitter followers to a series of anti-Semitic, conspiratorial messages.

Trump campaign spokesperson Tim Murtaugh says, “We have removed the scheduled video from the convention lineup and it will no longer run this week.”

Mary Ann Mendoza had been scheduled to highlight the president’s fight against undocumented migration. Mendoza’s son was killed in 2014 in a head-on collision by a man who was undocumented and was driving while under the influence.

An anti-abortion activist scheduled to speak during the Republican National Convention previously advocated for something called “household voting,” saying wives should defer to their husbands on making decisions related to politics.

In May, Johnson wrote on Twitter that she “would support bringing back household voting,” later explaining that, if spouses were to disagree, “Then they would have to decide on one vote. In a Godly household, the husband would get the final say.”

The people closest to President Donald Trump – his family – are starring on the second night of the Republican National Convention.

First lady Melania Trump is delivering Tuesday evening’s keynote address at the White House, while the president’s daughter Tiffany and son Eric will be featured, too.

President Donald Trump is highlighting the pardon of a Nevada man convicted of bank robbery as part of the second day of programming at the Republican National Convention.

In a video expected to air Tuesday night, Trump says that the story of Jon Ponder is a “beautiful testament to the power of redemption.” Ponder now leads a program in Las Vegas that helps former prisoners reenter society, called Hope for Prisoners.

Television viewership on the first night of the Republican National Convention fell short of the Democrats’ first night last week, according to Nielsen ratings.

About 15.8 million people watched the Republicans live on Monday night between 10 and 11pm (02:00-03:00GMT), down from roughly 19 million who tuned in for last Monday’s speeches by Senator Bernie Sanders and Michelle Obama. Almost half of that audience watched on Fox News, which brought in 7.1 million viewers – by far the biggest audience of the night. 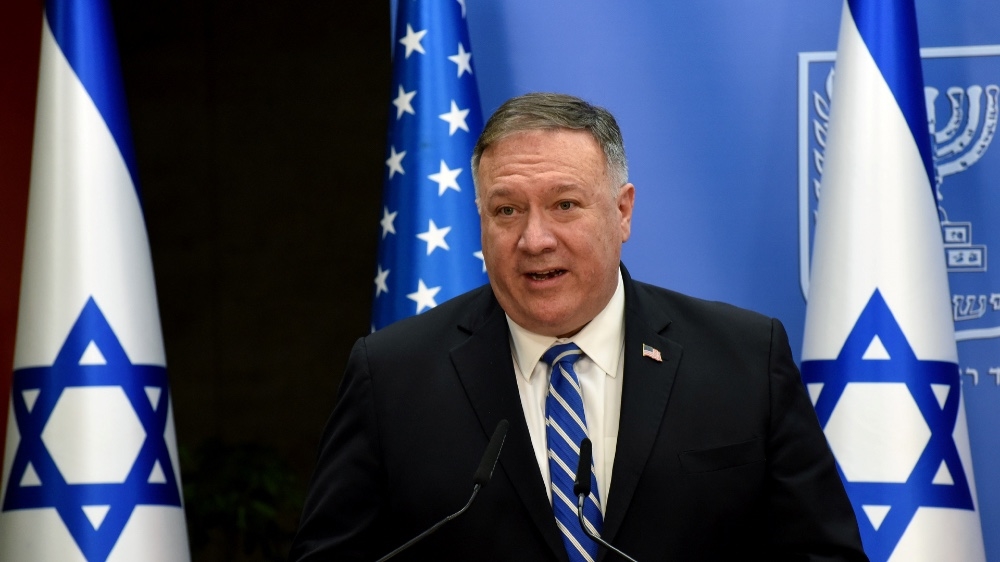 The chairman of a Democratic-led US House of Representatives subcommittee announced an investigation into whether Secretary of State Mike Pompeo’s appearance at the Republican National Convention breaks federal law and regulations.

“The Trump administration and Secretary Pompeo have shown a gross disregard not only of basic ethics, but also a blatant willingness to violate federal law for political gain,” Joaquin Castro, head of the House Foreign Affairs Committee’s oversight subcommittee, said in a statement.

.@SecPompeo‘s participation in the #RNCConvention during the course of official @StateDept work is not only unacceptable, but appears that it may also be illegal.

Pompeo, who is travelling overseas, was to speak to the convention on Tuesday evening in a video recorded during a stop in Jerusalem, an appearance that has ignited an outcry by some former senior diplomats because it appears to break long-standing rules that bar senior political appointees from partisan political activities, including attending party conventions.