RT has become the only news crew to visit the contact line between Armenian and Azerbaijani forces in the disputed Nagorno-Karabakh region, filming the debris of a military UAV that had been shot down shortly beforehand.

“It still smelled like burning when we arrived on the front line,” RT’s Igor Zhdanov reported from the area. The ethnic Armenian military destroyed a “huge” Soviet-made Azeri drone, he added.

⚡️ Exclusive: a Soviet-made UAV shot down earlier today by Armenian air defence. We were the first international news crew to film it – in fact it still smelled like burning when we arrived on the front line, sandwiched between two armies. #NagornoKarabakh#Karabakhpic.twitter.com/ecFbC2Y3kZ

The footage showed the debris of the downed aircraft scattered on the ground in the dark. The crew only had a short window to film at the contact line, before being advised to leave because the area was not safe.

Intense fighting has been underway in Nagorno-Karabakh since Sunday, when Azerbaijan’s military and local ethnic Armenian troops started exchanging fire. There have been reports of heavy military and civilian casualties on both sides, which have been impossible to verify. Baku and Yerevan have blamed the other side for initiating the violence.

Earlier on Tuesday, Armenia said that one of its Su-25 fighters was shot down by a F-16 lent to Azerbaijan by Turkey. Both Baku and Ankara denied those claims. However, Turkey has openly provided diplomatic and moral support for Azerbaijan.

Nagorno-Karabakh is a region populated by ethnic Armenians that seceded from Azerbaijan during the collapse of the Soviet Union, and has been under Armenian control since the ceasefire of 1994. 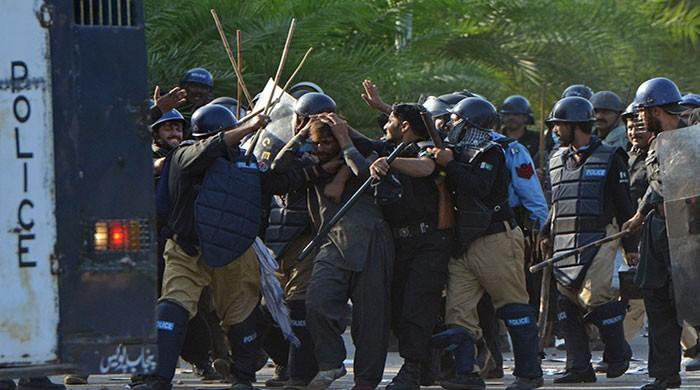