These are the latest updates:

Vernon Jones, a Black Democratic state representative from Georgia, appeared at the Republican National Convention and accused his party of taking Black voters for granted.

“The Democratic Party does not want Black people to leave their mental plantation,” Mr. Jones said, according to prepared remarks. “We’ve been forced to be there for decades and generations.” 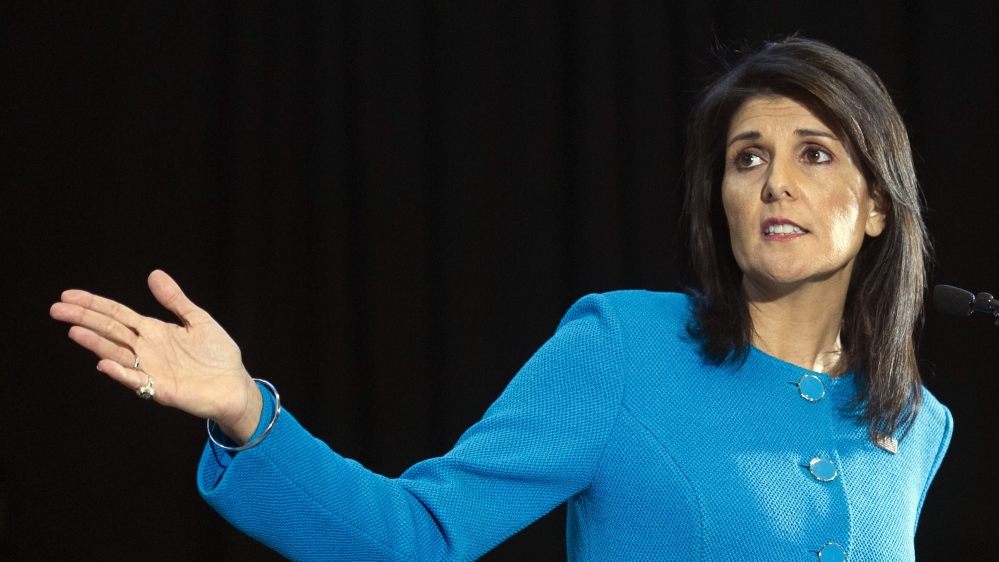 Former UN ambassador Nikki Haley is scheduled to speak on the opening night. The president’s eldest son, Donald Trump Jr, and his partner, Kimberly Guilfoyle are also expected to speak.

Mark and Patricia McCloskey – the St Louis couple who were charged for waving guns at Black Lives Matter protesters in the summer will also make an appearance.

Trump will appear at the opening night of the Republican National Convention in a taped video with six former hostages freed during his administration.

Michael White, Sam Goodwin, Pastor Andrew Brunson, Joshua and Tamara Holt, and Pastor Bryan Nerran are among more than a dozen religious or other people whose release the Trump administration helped broker. The convention is also set to feature a speech from the parents of Kayla Mueller, who died while a prisoner of the Islamic State group. 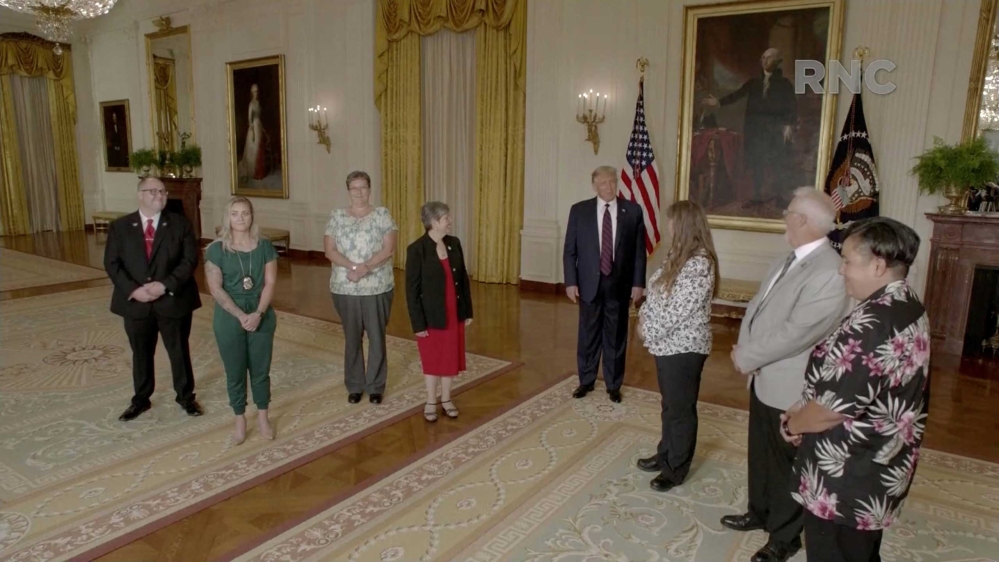 01:00 GMT – ‘The bodyguard of Western civilization’

Charlie Kirk the president of the pro-Trump organisation Turning Point USA called the president “the bodyguard of Western civilization.”

“We may not have realized it at the time, but this fact is now clear: Trump is the bodyguard of Western civilization,” and added that Trump was “elected to defend and strengthen the American way of life.”

“I’m actually a real housewife and a mom from Michigan with two wonderful kids in public school who happens to be only the second woman in 164 years to run the Republican Party,” said McDaniel.

The “suburban housewife” will be voting for me. They want safety & are thrilled that I ended the long running program where low income housing would invade their neighborhood. Biden would reinstall it, in a bigger form, with Corey Booker in charge! @foxandfriends @MariaBartiromo

She then took a swipe at Kamala Harris, the first woman of colour to appear on a major party’s ticket.

The first day of the Republican National convention begins.

Republicans will have about 8,000 Roman candles, shells, comets and other fireworks ready to shoot into the sky around the Washington Monument on Thursday to celebrate Trump’s acceptance of the presidential nomination.

The National Park Service said it has approved the fireworks permit to mark the renomination of the president.

Twenty-seven former Republican members of Congress have endorsed Democrat Joe Biden for president on the first day of the Republican National Convention as part of a “Republicans for Biden” initiative – in the latest rebuke of Trump by members of his own party.

They cited Trump’s “corruption, destruction of democracy, blatant disregard for moral decency, and urgent need to get the country back on course” as reasons for their decision, according to a Biden campaign statement. Last week, 73 former Republican national security officials, including former chiefs of the FBI and CIA, endorsed Biden while calling Trump corrupt and unfit to serve.

Read more on that story here.

In Pictures: The masks of Naomi Osaka at the US Open