The head of the Catholic Church in Belarus has been refused entry into the country, despite being a Belarusian citizen. The right of citizens to enter the country without hindrance is protected by the country’s constitution.

According to Yuri Sanko, the church’s press secretary, Archbishop Tadeusz Kondrusiewicz was refused the right to return to his homeland on Monday, after visiting Poland on a business trip. Kondrusiewicz, who was born in the village of Odelsk, located on the Western border, was forced to go back to Poland.

According to Article 30 of the Belarusian Constitution, “Citizens of the Republic of Belarus shall have the right to move freely and choose their place of residence within the Republic of Belarus, to leave it and to return to it without hindrance.” Therefore, the refusal to allow Kondrusiewicz into the country goes against the constitution. The right to return to the state of citizenship is also protected by the UN Universal Declaration of Human Rights.

Before being refused entry, Kondrusiewicz had been interviewed on Polish television, calling Belarus’ contested elections “not fair.” The Archbishop  encouraged the government to start a constructive dialogue with society against the backdrop of ongoing protests. He also criticized Belarus’ authorities for their handling of the demonstrations.

“The church in Belarus wants a peaceful resolution,” Kondrusiewicz said.

The Catholic Church is a minority religion in Belarus, representing just 17 percent of the total population. This is in stark contrast to Poland, where over 90 percent of citizens declare themselves as Roman Catholic. In August, Belarusian President Alexander Lukashenko named Poland as a country orchestrating the anti-government protests, and his refusal to let in the Catholic leader could be interpreted as an attack on the country’s western neighbor. Kondrusiewicz himself is of Polish descent, and his return from Poland to Belarus may be seen as a threat by the authorities in Minsk.

Kondrusiewicz has been the Archbishop of Minsk–Mogilev since 2007, appointed by Pope Benedict XVI. Before his role in Minsk, Kondrusiewicz served in Russia, helping to rebuild the Church following the fall of the Soviet Union. Between 2002 and 2007, he was the Archbishop of Moscow, based at the Cathedral of the Immaculate Conception in the city center. 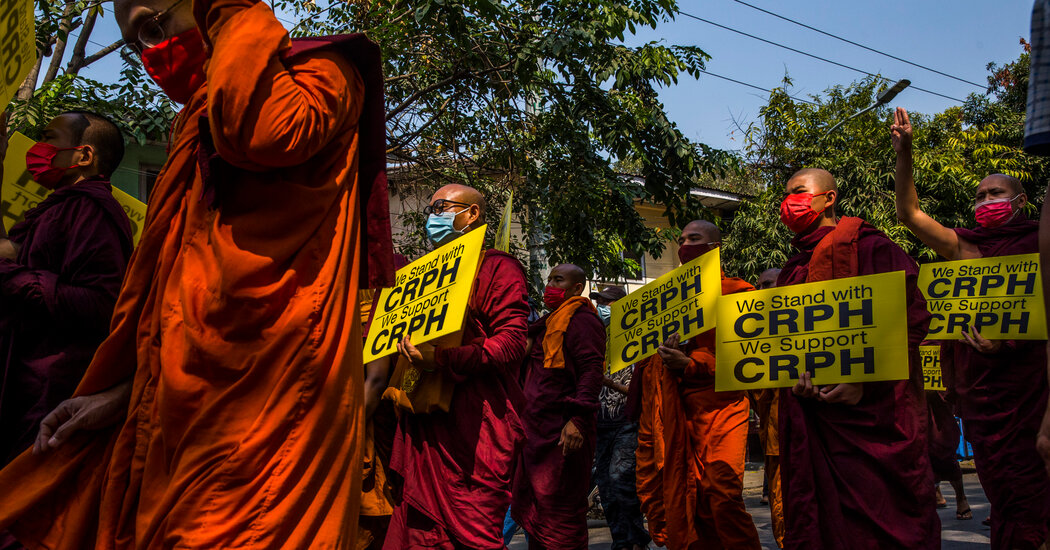 Myanmar’s Monks, Leaders of Past Protests, Are Divided Over the Coup

PTI only party to go against corruption: PM Imran