Russian President Vladimir Putin on Thursday mocked US President Joe Biden over his “killer” comment but said that Moscow would not sever ties with Washington over the spat.

Speaking at an event marking seven years since Russia’s takeover of Crimea, Putin said Moscow would continue working with Washington but aimed a barb at the US leader.

“It takes one to know one,” Putin said in televised remarks, using a saying from his childhood.

“That’s not just a children’s saying and a joke. There’s a deep psychological meaning in this.

“We always see in another person our own qualities and think that he is the same as us.”

Putin added that he wished Biden, 78, good health. “I’m saying this without irony, not as a joke.”

In an interview with ABC News on Wednesday, when asked if he thought Putin, who has been accused of ordering the poisoning of opposition figure Alexei Navalny, is “a killer”, Biden said: “I do.”

The US president’s remarks sparked the biggest crisis in bilateral relations in years, and later Wednesday Russia ordered its Washington ambassador back to Moscow for urgent consultations in an unprecedented move in recent diplomatic history.

Putin said the United States was “the only country in the world that used nuclear weapons”.

Russia, he added, knows how to “defend its interests” and will work with Washington on terms that are “beneficial” for Moscow.

“And they’ll have to deal with it.” 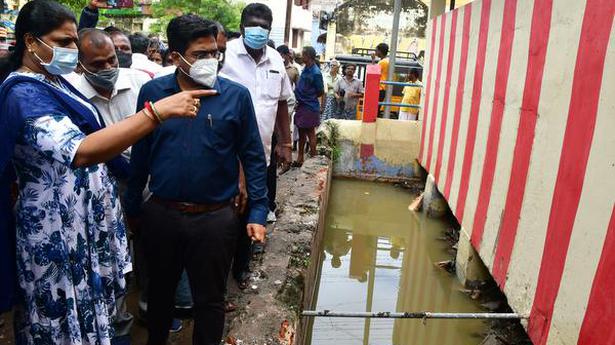 Our priority now is to drain rainwater from low-lying areas: monitoring officer