The Pakistan Democratic Movement on Monday said the opposition alliance will go ahead with its December 13 rally in Lahore despite government warnings against breaching Covid-19 safety SOPs.

Last week, Lahore’s deputy commissioner (DC) refused to grant permission to the Pakistan Muslim League-Nawaz (PML-N) for holding a public rally at the Greater Iqbal Park on December 13 due to the second wave of the pandemic.

Addressing a press conference in Lahore, PPP leader Qamar Zaman Kaira said the government is changing its tactics to try and stop the alliance from holding the rally.

Kaira claimed that the people are fed up with the incumbent government and current state of affairs in the country. “Their time to go has come,” said the PPP leader.

The leader further said that the opposition alliance has formed committees to prepare for the Lahore rally and the situation has been reviewed.

“The December 13 rally will take place.”

The government and the opposition alliance have been at loggerheads over the rally, with Prime Minister Imran Khan saying that the government will not grant permission to the opposition parties to stage the rally citing rising coronavirus related deaths and positive cases. “We will register cases against those who provide the sound system and other logistics to them,” the premier had said earlier.

PML-N’s Rana Sanaullah, accompanying Kaira, said the opposition alliance will meet on Tuesday and will also visit the rally venue. “The rally would require complete preparation as hundreds of thousands of our workers will attend and they can not be addressed with a sound system.”

“The jalsa will happen at any cost. The sanctity of the vote will be honoured.”

“The people of Pakistan will show the government on December 13 that the incumbent rulers have been rejected,” said JUI-F’s Muhammad Safiullah.

Lahore’s DC Mudassar Riaz Malik earlier told the opposition leaders that he could not give the permission owing to the second wave of the pandemic.

The DC had asked the opposition leaders about the implementation of safety guidelines on Covid-19 during the rally to which they could not give a “satisfactory” reply.

The deputy commissioner had also reminded the opposition leaders that it was the decision of the previous government of the PML-N that no public rally would be held at the Greater Iqbal Park.

The PML-N on November 4 had officially announced its decision to hold a public meeting in Lahore on the instructions of party supremo Nawaz Sharif.

Later, on November 10, a letter was written to the Lahore district administration requesting a no-objection certificate (NOC) for the purpose.

The letter that conveyed PDM’s decision not only sought an NOC for holding a rally at Greater Iqbal Park but also asked for appropriate security measures in view of the participation of senior political leaders. What did ISIS-K try to achieve with its Kunduz suicide attack? 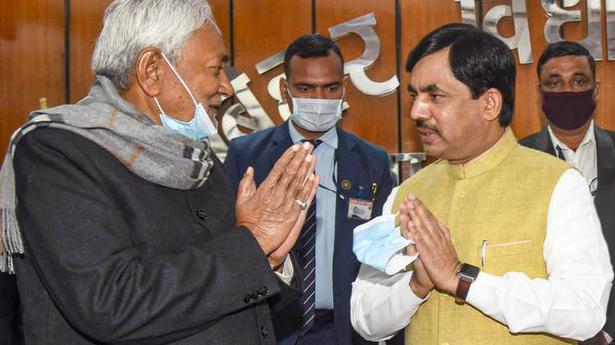 Bihar Cabinet expansion: Shahnawaz Hussain among those sworn in