Prime Minister Imran Khan has emphatically stated that Pakistan will not become part of any foreign conflict and vowed to economically uplift the country.

He was addressing a ceremony in connection with three-year performance of Pakistan Tehreek-e-Insaf government in Islamabad on Thursday. 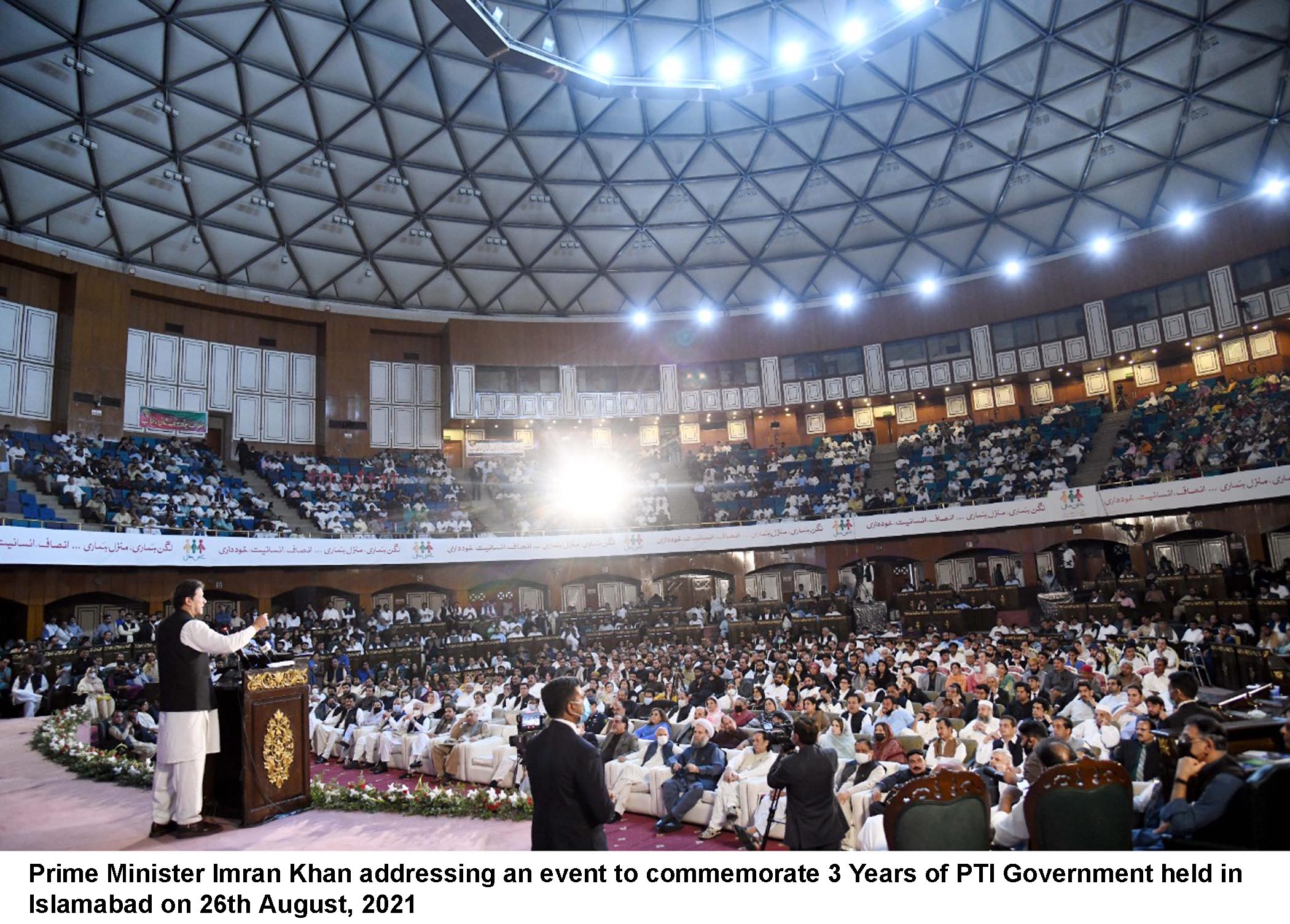 Talking about the evolving situation in Afghanistan, Imran Khan urged the international community to play its due role in bringing peace to Afghanistan. He said the Taliban have assured to form an inclusive government for durable peace in Afghanistan and the world community should help them achieving this goal.

Drawing a comparison between the performance of his government with that of the previous one, the Prime Minister said current account deficit was twenty billion dollars in 2018 which has now been reduced to 1.8 billion dollars. Foreign exchange reserves have increased to 27 billion dollars which were 16. 4 billion dollars, three years ago.

The Prime Minister said Pakistan pursued a sagacious policy of smart lockdown after the break out of Covid-19 pandemic in order to protect lives and livelihood of the people. He said our policy was appreciated at the international level, including World Health Organization and World Economic Forum.

Imran Khan said our government is pursuing the mission of justice, humanity and self-esteem. He said the government has waged a struggle against the mafia in order to bring the influential people under the law as it is the only way the country can be taken forward on the path of progress and development.

Alluding to Ehsaas program, he said allocation of this social safety net has been enhanced from 110 billion rupees to 260 billion rupees. He said our Cash Emergency program, launched after the breakout of Covid-19 to protect the vulnerable groups, has got recognition from the World Bank.

He said our focus is to empower the women through education. He said this is the reason that female students at the school level are being given more scholarships than the boys. He said legislation has also been done to protect the rights of women.

The Prime Minister said our Kamyab Pakistan Program is also on the cards to uplift four million poor households. He said under this program, interest free loans will be provided to the families to start their businesses. Besides, one person from each family will be provided with technical training. These families will also be provided with health cards and easy loans to build their houses.

He said Kissan Card scheme has also been launched to provide necessary assistance to the farmers. He said initially this scheme has been started in Punjab and it will be extended to Azad Kashmir, Gilgit Baltistan and Khyber Pakhtunkhwa.

Urging the youth to learn from the life and teachings of the Holy Prophet Hazrat Muhammad Sallallaho Alaihe Wasallam Khatim-un-Nabiyeen, the Prime Minister said the government will introduce a course for the students of grade 8 to 10 for this purpose.

The Prime Minister specially thanked and appreciated the armed forces saying their professionalism and readiness give a sense of security to the people of this country. He said the real strength and importance of our armed forces came to the fore in the wake of Pulwama incident. 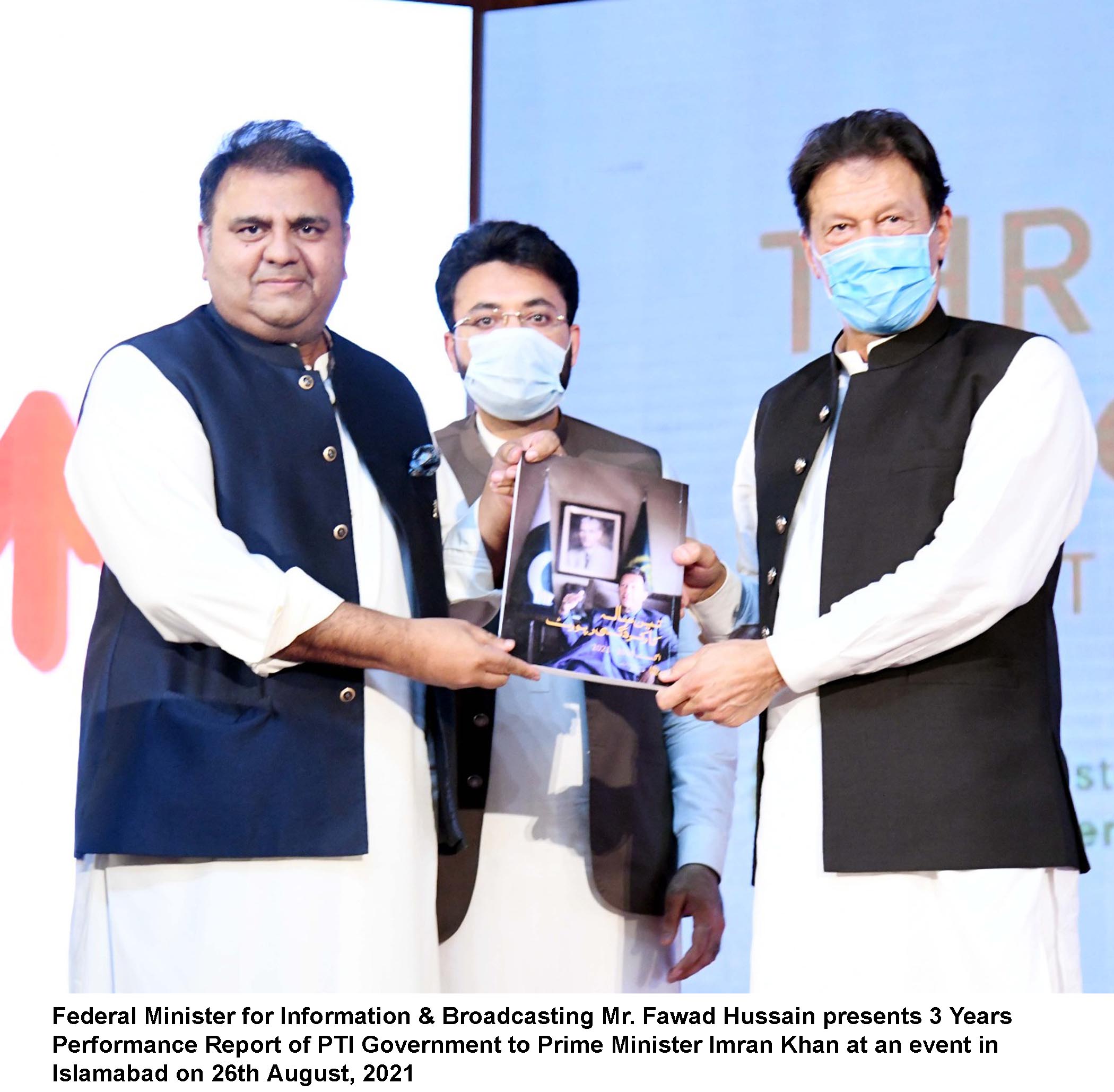