Pakistan on Thursday urged all sides in Afghanistan to take steps to reduce violence leading to a ceasefire in the war-torn country, as the NATO chief dropped a clear hint that the international forces would not leave the country this summer.

“Pakistan has continued to reiterate its calls on all sides for taking measures for reduction in violence leading to ceasefire, which is linked to progress in the Intra-Afghan Negotiations,” the Foreign Office spokesperson told a weekly news briefing.

Zahid Hafiz Chaudhri’s statement came as NATO defence ministers met to decide whether to withdraw from Afghanistan as part of the US-Taliban deal inked in the Qatari capital on February 29 last year.

The US and other international forces, as per the Doha accord, are supposed to leave Afghanistan by May this year. However, since Joe Biden became the US president, the chances that the US-led foreign forces would stick to that timeframe are slim.

While the Biden administration is currently undertaking a review of the deal, NATO Secretary-General Jens Stoltenberg said on Wednesday that the North Atlantic military alliance would only leave Afghanistan when security conditions allow.

NATO has just under 10,000 troops other than 2,500 US troops stationed in Afghanistan.

“Our presence in Afghanistan is conditions-based, and Taliban has to meet their commitments,” Stoltenberg told reporters after chairing a meeting of NATO defence ministers, including new US Defence Secretary Lloyd Austin.

“We will only leave when the time is right and the focus now is how we can support the peace talks,” he added, referring to the slow-moving negotiations between the Taliban and the Kabul government, which began last year in Qatar.

Taliban, however, earlier warned the US-led foreign forces against extending their stay in Afghanistan. The insurgent group insisted that it was fully committed to the Doha deal and had taken steps to implement the agreement.

Taliban warned of a possible restart of their attacks against the foreign forces if they did not withdraw as per the agreement.

Pakistan, which played a key role in brokering and facilitating the peace process, has been closely following the developments and believes that there is no military solution to the lingering war in Afghanistan.

“Pakistan has consistently maintained that there is no military solution to the conflict in Afghanistan,” insisted the Foreign Office spokesperson. “An Afghan-led and Afghan-owned peace process for an inclusive, broad-based and comprehensive political settlement is the only way forward for achieving lasting peace and stability in Afghanistan.,” Chaudhri added.

Towards this end, he further said, Pakistan had been constructively engaged with all Afghan sides as well as the international stakeholders for facilitating the Afghan peace process. The international community has duly recognised Pakistan’s efforts in this regard.

“Pakistan appreciates the progress made in the peace process during the last one year, particularly the developments, including signing of the US-Taliban agreement, start of the Intra-Afghan Negotiations and agreement on the rules and procedures,” he said.

“We believe that the Intra-Afghan Negotiations have now advanced into an important phase, where all the negotiating sides are required to show continued commitment and responsibility for moving forward towards reaching a comprehensive political settlement. It is important for Afghan to seize this historic opportunity.”

Meanwhile, the head of Afghan Massoud Foundation, Ahmad Wali Massoud, along with his delegation, called on Prime Minister Imran Khan and National Assembly Speaker Asad Qaiser. He is currently visiting Islamabad as part of Pakistan’s outreach to different political entities in the neighbouring country.

In his meeting with Massoud, the prime minister reiterated his longstanding position that there was no military solution to the conflict in Afghanistan and that a political solution was the only way forward.

The prime minister also underscored that all Afghan parties must work for reduction in violence leading to ceasefire and conveyed that Pakistan would support whatever the Afghans agree upon about the future of their country.

During the meetings, Massoud appreciated Pakistan’s critical role in facilitating the Afghan peace process. “The visit of Mr Ahmad Wali Massoud is part of Pakistan’s policy to reach out to political leadership in Afghanistan and deepen people-to-people linkages,” the Foreign Office spokesperson said. 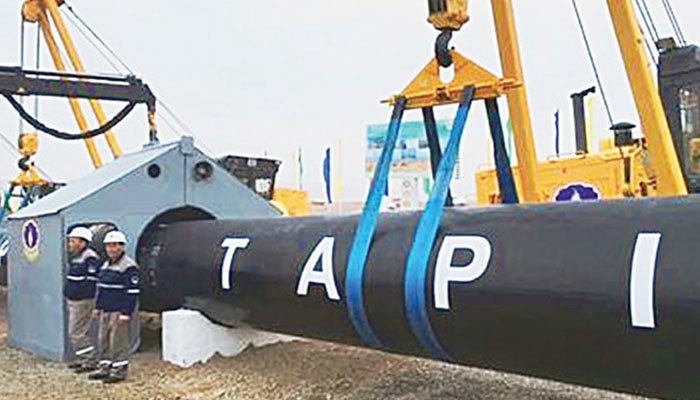 Trump to speak at ‘Save America’ rally outside White House, warns ‘terrorist’ Antifa to stay out of DC