ISLAMABAD: Pakistan on Monday said it was extremely grateful for the explicit reiteration in the “Niamey Declaration” of the OIC’s principled position on the Jammu & Kashmir dispute for a “peaceful settlement in accordance with the relevant UN Security Council resolutions.” Kashmir is a permanent issue on the agenda of the OIC. From Muzzafarabad, AJK President Sardar Masood Khan, while expressing satisfaction over the strong and comprehensive resolution on Kashmir, passed at the 47th OIC Foreign Ministers conference, held at Niamey city of Niger, said that the approval of the resolution and the declaration of the conference in which the Indian atrocities in occupied Jammu and Kashmir had been highlighted, have poured cold water on the excitement of Indian rulers to push Kashmir issue at the back burner.

“The government and people of Pakistan express sincere and heartfelt gratitude to the OIC and its Member States for reaffirming strong and unequivocal support on the Jammu and Kashmir dispute during the just concluded 47th Session of the OIC Council of Foreign Ministers (CFM) held in Niamey, Niger”, said the Foreign Office.

Pakistan’s reaction came even as the Ministry of External Affairs in New Delhi taken aback by the resolutions coming from OIC said it “strongly & categorically reject the factually incorrect, gratuitous & unwarranted references to India in resolutions adopted by the Organisation of Islamic Conference (OIC) at the 47th CFM Session in Niamey, Niger”

“We extend our deep gratitude to Niger (as the new CFM Chair), Saudi Arabia (as Chair of 14th Islamic Summit), and Turkey (speaking on behalf of the Asian Group) for highlighting the Jammu and Kashmir dispute in their respective statements during the Opening Plenary Session of the CFM”, added the Foreign Office.

Pakistan also welcomed adoption of other resolutions by the CFM including: Resolution on Destruction of the Babri Masjid in India and Protection of Islamic Holy Places; Resolution on Safeguarding the Rights of Muslim Communities and Minorities in non-OIC States; and Resolution on Maintenance and Promotion of Regional Peace and Security in South Asia.

For Pakistan of special significance was the welcomes report of OIC Secretary General’s Special Envoy for Jammu and Kashmir on his visit to Pakistan and AJK, which was submitted to the CFM.

“The OIC has always steadfastly supported the Kashmir cause as reflected in decisions and resolutions of the Islamic Summit and CFMs as well as statements by the OIC and its human rights body, Independent Permanent Human Rights Commission (IPHRC)”, said the Foreign Office.

Pakistan also expresses gratitude to the OIC for the unanimous adoption of Resolution on Islamophobia that, inter alia, designates 15 March as “International Day on Combating Islamophobia”, in line with Prime Minister Imran Khan’s consistent endeavours to highlight concern in the Muslim Ummah regarding desecration of the Holy Quran and re-printing of caricatures of the Holy Prophet (PBUH).

Meanwhile earlier, Pakistan condemned terrorism in all its forms and manifestations, including state terrorism inflicted upon people living under foreign occupation in disputed territories, and cautioned against the recent rise in extremist and racist incidents, inspired by neo-Nazism and Islamophobia.

This was raised by Parliamentary Secretary for Foreign Affairs, Ms Andleeb Abbas, who represented Pakistan in the 19th Meeting of the Council of Heads of Government of Shanghai Cooperation Organisation (SCO-CHG), held via video conference today.

The SCO-CHG focuses primarily on economic and trade cooperation.

The Parliamentary Secretary highlighted the importance of SCO for Pakistan in achieving regional peace and stability, and development of closer ties with regional partners through multi-faceted linkages and connectivity. She underscored the imperative of creating a safe and secure neighbourhood.

She pointed out that Pakistan values the SCO region as a pivotal link for regional connectivity and integration. Connectivity projects under CPEC, industrial parks and energy projects are laying the future of a prosperous and globally-connected region.

Pakistan emphasis that SCO has immense potential for fostering a conducive environment for regional stability, security and comprehensive economic development. The SCO provides Pakistan a platform for increased engagement with key global and regional partners and build further linkages with Central Asia. 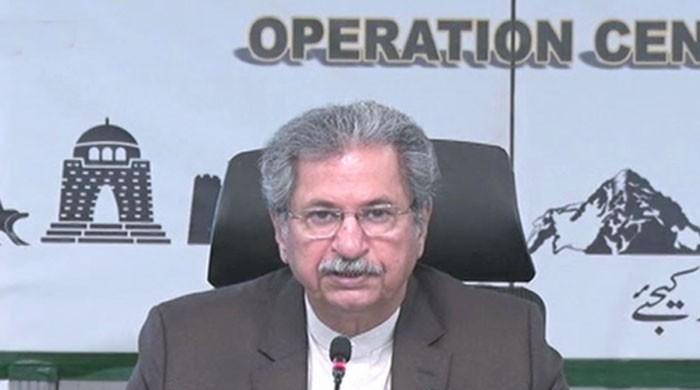