A charity organisation in the district has impressed the art world by getting an array of artistes perform online to support two homeless sisters from Peringottukurissi. The 62-day celebrity dance live programme titled ‘Nritha Vismaya’ is set to conclude on Wednesday with an hour-long Odissi performance by Madhulita Mohapatra and her ensemble from Bengaluru.

Daya Charitable Trust, Peringottukurissi, organised the 62-day live dance show to raise funds to support the siblings Babitha and Amrita. Babita is a postgraduate student of economics and Amrita a diploma student in computer science.

“We are raising the funds with three objectives: to help the sisters construct a house of their own, to help them in their education, and to help them treat their cancer-stricken parents,” said Devi Shankar, coordinator of Daya Charitable Trust.

While a number of artistes from the State were given a chance to perform, dancers of international repute too appeared frequently. Kathak dancer Anjali Mishra from Colombo, Odissi dancer Sheetal Metkar Watane from Amaravathi, and Manipuri dancer Ngambi Chanu from Manipur were among those who enthralled audiences online.

The show was livestreamed on Daya Charitable Society’s Facebook page. People could watch the show at Facebook.com/Dayapki and could donate for the cause. The organisers would acknowledge the donations in the comments section.

“I’m glad that our art is used for a noble cause,” said Ms. Mohapatra as she prepared for the grand finale on Wednesday. The show will be from 8 p.m. to 9 p.m.

On Thursday, all in-house artistes of Daya will perform live in a two-hour programme.

You have reached your limit for free articles this month.

Find mobile-friendly version of articles from the day’s newspaper in one easy-to-read list.

Move smoothly between articles as our pages load instantly.

Enjoy reading as many articles as you wish without any limitations.

A one-stop-shop for seeing the latest updates, and managing your preferences.

A select list of articles that match your interests and tastes.

We brief you on the latest and most important developments, three times a day.

*Our Digital Subscription plans do not currently include the e-paper ,crossword, iPhone, iPad mobile applications and print. Our plans enhance your reading experience.

A matter of crime 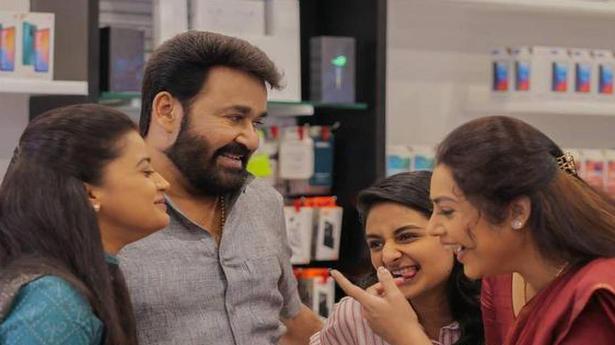 New on Amazon Prime this week: ‘Drishyam 2’, ‘Unhinged’ and more