Interior Minister Sheikh Rashid Ahmed on Monday said that Pakistan was expecting a huge refugee influx from Afghanistan following the Taliban's takeover of Kabul but "not a single person came to the country as a refugee".

"We have made arrangements to accommodate 3,000 people in Islamabad only. Any person from any nationality, who comes to Pakistan from Afghanistan, will be granted a transit visa of 21 days," Rashid said while addressing a press conference in Islamabad.

Answering a question, he said that so far 1,627 people have come from the neighbouring country via air route, while over 2,100 people have arrived through land route at Torkham.

Read more: Afghan transit passengers to land only in Islamabad

The interior minister made it clear that all Pakistanis have been evacuated from Afghanistan and only 30 to 40 people are in the war-torn country, who themselves do not want their repatriation.

'Taliban assured not to let TTP use Afghan soil against Pakistan'

Rashid said that the Taliban have assured to not let Tehreek-e-Taliban Pakistan (TTP) use Afghanistan's soil against Pakistan.

He added that Pakistan Army is present along the border with Afghanistan to defend every inch of the motherland. "Around 2,690 kilometres of Pak-Afghan frontier has been fenced."

The interior minister said that Pakistan is a responsible country and fully capable of taking care of its national security and comes up with international expectations.

He said that Pakistan has made history in facilitating the peace process in Afghanistan, adding that the world should also not forget that Pakistan has rendered around 80,000 lives in the fight against terrorism.

No hurdles for PDM march

Talking about the opposition alliance Pakistan Democratic Movement's announcement of launching a march against the government in Islamabad, the interior minister said that the opposition has nothing to sell and is unable to predict the future scenario of regional politics.

He said Pakistan is going to become a centre of international politics but the opposition is not realising its responsibility.

Rashid said that no hurdle will be created in the way of the opposition's long march but lawbreakers will be dealt with in line with the law and the Constitution.

Earlier during an interview with TRT World, Information and Broadcasting Minister Fawad Chaudhry said that if Afghanistan did not achieve stability, millions of Afghans would start moving towards Pakistan.

"Pakistan is already hosting 3.5 million Afghan refugees and our economy cannot bear the burden of more refugees," he stressed.

Responding to a question, the information minister said at the moment, there was no refugee crisis.

He further said that the situation at Pakistan's borders was 'normal' as of now but if the instability continued in Afghanistan, then the federal government would have a comprehensive plan to deal with refugees.

"We do not want Afghan migrants to get into Pakistan but we would make arrangements for them at the border," he added.

US should systematically withdraw from Afghanistan: FM Qureshi 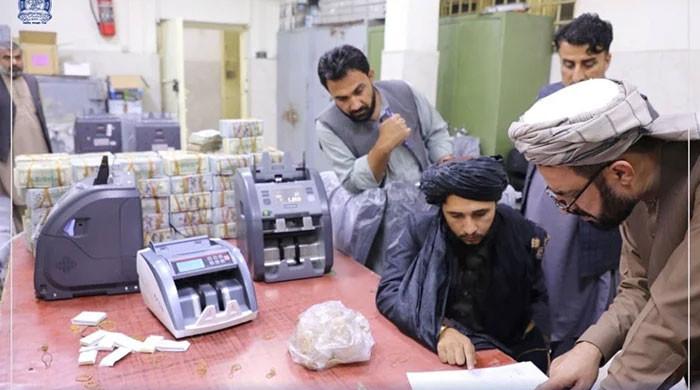