Soldiers who overthrew Mali’s president in a coup d’etat that drew international condemnation pledged on Wednesday to restore stability and oversee a transition to elections within a “reasonable” period.

President Ibrahim Boubacar Keita resigned and dissolved parliament late on Tuesday, hours after the coup leaders detained him at gunpoint, plunging a country already facing an armed movement against it as well as mass protests deeper into crisis.

Colonel-Major Ismael Wague – a spokesman for the coup-makers calling themselves the National Committee for the Salvation of the People – said they acted to prevent Mali from falling further into chaos.

“The social and political tension has undermined the proper functioning of the country for quite a while,” said Wague.

“Mali descends into chaos day by day [with] anarchy and insecurity because of the fault of the people in charge of its destiny. Real democracy doesn’t go with complacency, nor weakness of the state authority, which must guarantee freedom and security of the people.”

There was no word on the future of the now former president Keita.

No casualties were reported during the military takeover. Borders were closed and a curfew will go into effect from 9pm to 5am.

Wague said all international agreements will still be respected and international forces, including the UN mission in Mali and G5 Sahel, will remain in place “for the restoration of stability”.

The French military has been silent since the coup began, refusing to comment on what its troops in Mali are doing as the crisis plays out.

The French government has not publicly commented since Keita’s resignation. The coup is a blow to France and to President Emmanuel Macron, who has supported Keita and sought to improve relations with former colonies in Africa.

The coup leaders also remain “committed to the Algiers process” – a 2015 peace agreement between the Malian government and armed groups in the north of the country, Wague said.

The coup coincided with opposition plans to resume protests against Keita. The June 5 Movement, named after the date of its first protest, focused public anger against the leader and made increasingly strident demands for his resignation.

Its campaign veered into crisis last month when 11 people were killed during three days of unrest sparked by a demonstration.

Flanked by soldiers, Wague invited Mali’s civil society and political movements to join them to create conditions for a political transition.

“We are not keen on power, but we are keen on the stability of the country, which will allow us to organise general elections to allow Mali to equip itself with strong institutions within the reasonable time limit.”

Late on Tuesday, anti-government protesters had poured into a central square in Bamako to cheer on the coup-makers as they drove through in military vehicles.

The capital was far quieter on Wednesday, with few civilians on the streets and most shops closed after overnight looting. 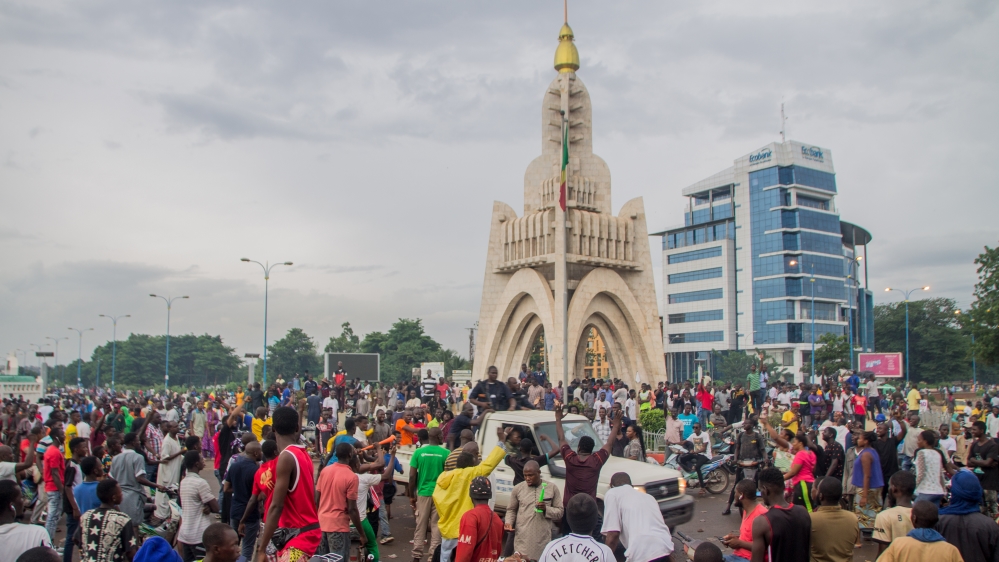 Landlocked Mali has struggled to regain stability since the Tuareg uprising in 2012, which was hijacked by fighters linked to al-Qaeda, and a subsequent coup that plunged the country into chaos.

Keita, 75, came to power in 2013 following the Bamako coup d’etat, promising to bring peace and stability and to fight corruption. He won reelection for a second five-year term in 2018.

On Wednesday, European Union Industry Commissioner Thierry Breton said the bloc would insist on new elections in Mali within a reasonable timeframe, while China said it opposed regime change by force.

Having previously warned it would no longer tolerate military takeovers in the region, the bloc plans to send a high-level delegation to Mali to ensure a return to constitutional democracy.

The UN Security Council will be briefed on Mali behind closed doors on Wednesday at the request of France and Niger, diplomats said.

UN Secretary-General Antonio Guterres on Tuesday called for the immediate release of Keita and other detainees.

The Beirut historical buildings at risk of collapse