If your strategy for social media fame isn’t yet fruitful, try following the lead of this rising Instagram star, who deems a mid-engine sports car fit to sell watermelons from and has grown his followers base into the bargain.

Always there for his loyal fans, both online and offline, the Iranian influencer dared to get out of his comfort zone and brave selling watermelons on the streets of Beyoglu, a bustling upper-class district of Istanbul.

The choice of fruit was predictably perfect, as anything refreshing is in high demand in the Turkish seaside metropolis, which is still reeling from the summer heat. But the counter from which he sold it – if such a word is fitting in this context – was rather less orthodox.

Tavakolian’s watermelons were selling at 5 liras (60 cents) per kilogram – around a million times cheaper than his purple Lamborghini Aventador, which is worth a whopping $672,000, according to estimates.

Unsurprisingly, the video of Tavakolian and his companion were widely shared on social media and did the rounds on Turkish-speaking online platforms. His Instagram posts featuring the Lamborghini also garnered thousands of likes.

However, given that fame always goes hand in hand with envy, not everyone was impressed by the stunt. This Friday, the influencer was pulled over by Istanbul traffic police for “using a vehicle with a reason other than that mentioned in the license,” it emerged. Officers slapped a fine of 1,228 liras ($165) on him and banned him from driving for 15 days.

But the penalty seems to have had little effect on the Instagrammer turned street vendor, who described his stunt as “hot news in the Turkish media.” 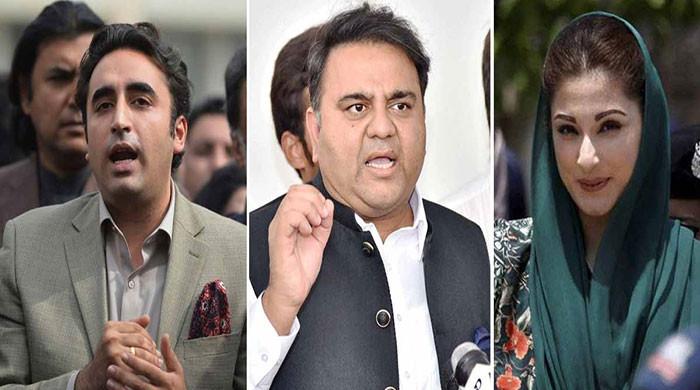 Bilawal, Maryam out to save their fathers: Fawad