Joe Biden has formally accepted the Democratic Party’s presidential nomination, describing in a televised speech to a virtual convention his vision for a new United States that is facing multiple crises at once.

“It is an America we can rebuild together,” Biden said, pledging to make control of the coronavirus outbreak his first act if elected president.

In a week in which the US death toll from COVID-19 passed 170,000, the former vice president promised to deliver the “honest, unvarnished truth” to Americans and spoke directly to people who have lost loved ones to the virus. “I know what it is to feel that dark hole open in the middle of your chest,” he said.

‘The speech of his lifetime’

Biden delivered his speech without the cheers of nearly 4,000 delegates who would have packed the conventional hall in Milwaukee, Wisconsin. In that unusual setting, he achieved a conversational intimacy with viewers by speaking directly into the camera without interruptions.

“Joe Biden gave the speech of his lifetime, and he accomplished what he needed to, presenting an optimistic, forward-thinking voice for voters,” said Nichola Gutgold, a professor of communication arts and sciences at Penn State University.

“He came across as ‘the president next-door’ offering a glimpse of his life as a young boy growing up in a small town, combining a folksy decency with policy points,” Gutgold told Al Jazeera.

“It was unlike any other convention speech in American history.” 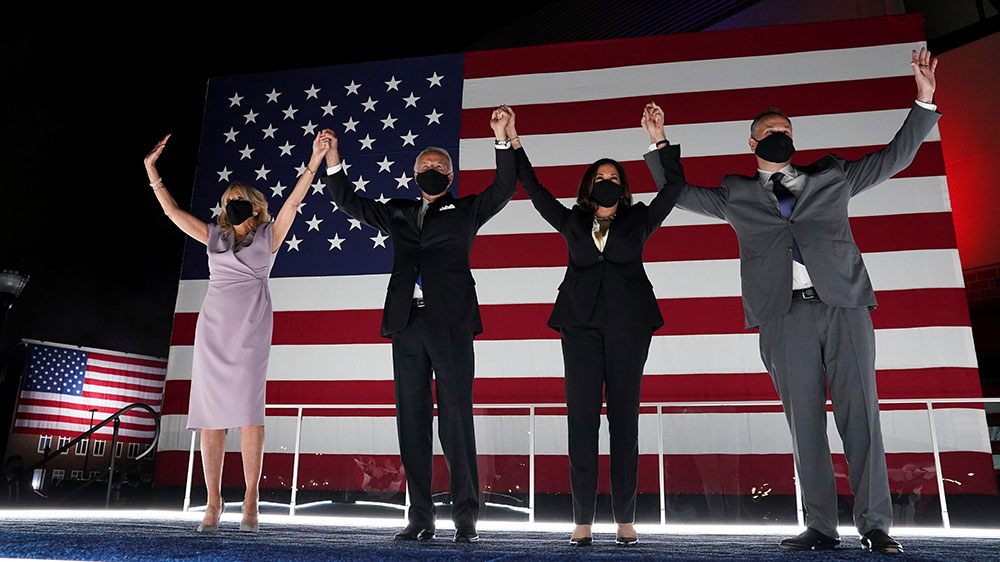 Democrats used the four-day convention programme to frame the November election as a referendum on Donald Trump’s presidency and laid out a series of centre-left policies on key issues confronting the nation.

“The magic of Joe Biden is that everything he chooses to do becomes the new reasonable,” like selecting Kamala Harris as the first woman of colour to be vice president, said Andrew Yang, one the contenders in the party’s presidential primary elections.

Speaker after speaker defined the election as a choice between liberal American values of inclusion and diversity embodied by Biden and division and alienation, which they said Trump fosters.

“We continue to be prisoners of the darkest of American forces,” said Jon Meacham, a leading US historian.

“That’s the issue of this election, a choice that goes straight to the nature of the soul of America,” Meacham said. Biden will be a president “with empathy, grace, a big heart and an open mind,” he added.

Party stars line up for Biden

Senator Tammy Duckworth, an Iraq war veteran who lost both legs in a grenade attack, called Trump “a coward in chief who won’t stand up to Vladimir Putin, read his daily intelligence briefings, or even publicly admonish our adversaries for putting bounties on our troops.”

Billionaire former New York City Mayor Mike Bloomberg said Trump’s record on jobs and the economy is one of inaction and failure. “Why the hell would we rehire Donald Trump for another four years,” said Bloomberg, who has pledged financial support to Democrats. 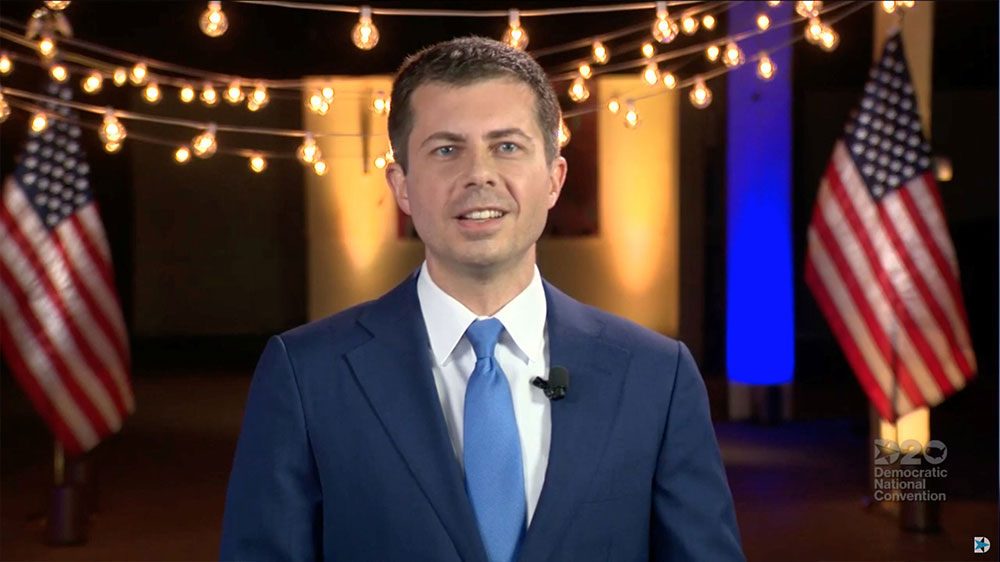 Former presidential candidate and South Bend, Indiana Mayor Pete Buttigieg, who is gay and married, talked about the social progress he has seen in the US since serving in the Army in Afghanistan.

“Just over ten years ago, I joined a military where firing me because of who I am wasn’t just possible – it was policy,” Buttigieg said.

“Now in 2020, it is unlawful in America to fire anyone because of who they are or who they love. The very ring on my finger reflects how this country can change.”

But that tolerance and acceptance is threatened by Trump’s divisive politics, anti-immigrant policies, opposition to the Black Lives Matter protests and side-lining of public health experts in the pandemic response, Buttigieg said.

“Every American must now decide. Can America be a place where faith is about healing and not exclusion? Can we become a country that lives up to the truth that Black lives matter,” he asked. 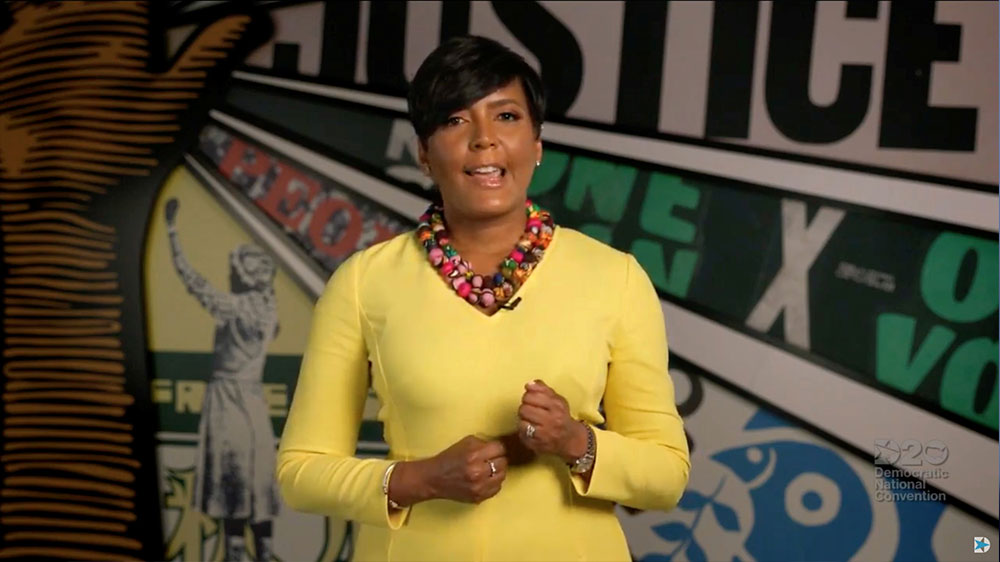 Keish Lance Bottoms, the mayor of Atlanta, Georgia, took a tough stand against rioters during the wave of protests over George Floyd’s death in police custody and pushed back against a Republican governor’s reopening orders amid the pandemic.

Bottoms introduced a video featuring the life of the late Representative John Lewis, who was arrested 40 times for peaceful protest during the US civil rights movement of the 1960s.

“People often think they can’t make a difference like our Civil Rights icons, but every person in the movement mattered – those who made the sandwiches, swept the church floors, stuffed the envelopes. They, too, changed America,” Bottoms said.

“We have cried out for justice. We have gathered in our streets to demand change, and now, we must pass on the gift John Lewis sacrificed to give us, we must register, and we must vote.”

Democratic leaders have embraced the Black Lives Matter movement and protests for racial justice that rocked cities and towns across the US following the death of Floyd.

Trump, who has adopted a “law and order” posture towards the protests, appeared at a campaign event on Thursday near Scranton, Pennsylvania, an old coal-mining and industrial city where Biden was born.

Trump argued his pro-business policies have helped create new jobs in Pennsylvania, which Trump won in 2016, and warned Biden’s plans would hurt the state’s economy and worse.

“Joe Biden is a puppet of the radical left movement that seeks to destroy the American way of life,” Trump said.

As Biden was delivering his address, Trump took to Twitter to attack the Democratic nominee, claiming that “In 47 years, Joe did none of the things of which he now speaks”.

In 47 years, Joe did none of the things of which he now speaks. He will never change, just words! 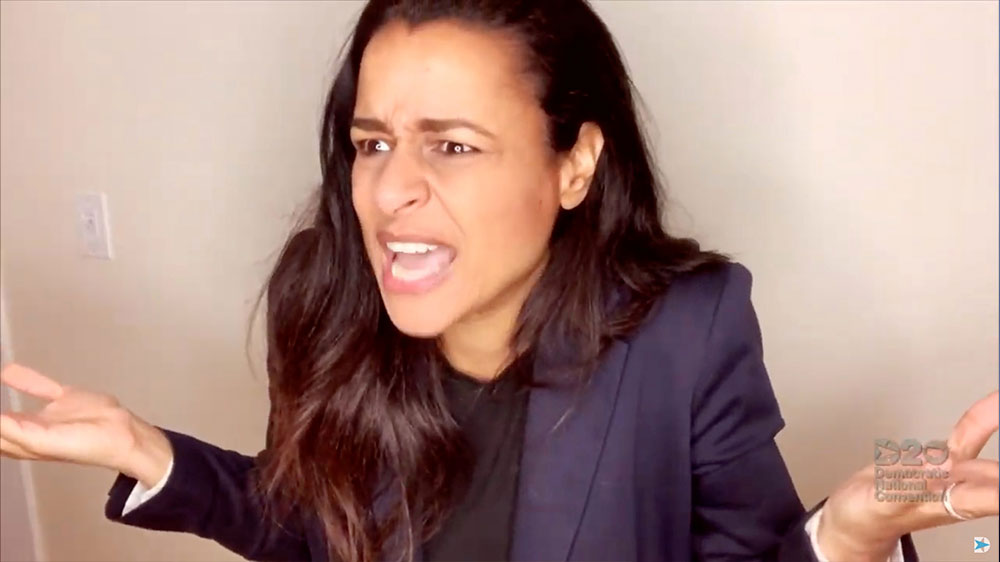 Biden leads Trump in most national polls by an average of 7.6 percentage points, according to RealClearPolitics.com, although the spread between Biden and Trump is likely more competitive in key swing states.

Biden appears to lead Trump 49 percent to 45 percent in Pennsylvania, according to an August 11-17 survey by the Allentown Morning Call newspaper and Muhlenberg College.

‘I will be in complete isolation’: Kei Nishikori contracts COVID-19 ahead of US Open