Shinzo Abe, the man who promised to restore Japan’s dignity and revive its economy with his signature policy of “Abenomics”, has resigned after nearly eight years as prime minister, blaming his health.

Abe, who will turn 66 next month, has suffered from ulcerative colitis since he was a teenager. The chronic condition is thought to be aggravated by stress.

“I cannot be prime minister if I cannot make the best decisions for the people,” he told the media in Tokyo on Friday, following weeks of speculation about the state of his health, and two hospital visits within a week.

“I have decided to step down from my post.”

Abe’s departure is an echo of his resignation in 2007 when, after less than a year in the job and struggling with the economy, a pensions disaster and political scandal, he suddenly quit, blaming his illness. This time around, he has been under fire over his handling of the coronavirus pandemic, which has further undermined his already fading popularity.

Abe was born in 1954 in Tokyo, according to his official biography, to a family of formidable political pedigree – his father was foreign minister, his grandfather and a great uncle both prime ministers. It was to his father’s old seat that Abe was first elected to Parliament in 1993, quickly rising up the ranks of the governing Liberal Democratic Party (LDP) and becoming the country’s youngest-ever leader in 2006.

He returned to office, for an unprecedented second term, in 2012.

In a magazine article, Abe argued that his initial failure motivated him to “give everything for Japan”.

He offered voters, worn down through decades of deflation and the devastation of the previous year’s earthquake, tsunami and nuclear disaster, a plan to kick-start the moribund economy and help Japan stand tall on the global stage, influenced by his conservative roots and the experience of his grandfather.

Nobusuke Kishi was a cabinet minister during the second world war and was jailed as a war criminal, but he went on to become prime minister for three years from 1957. Among his key goals was to revise Japan’s US-drafted pacifist constitution.

A political science graduate, Abe also wanted to reform the constitution and adopt a more assertive diplomatic policy. He centralised foreign policy in the prime minister’s office and sought to create a national security architecture in the mould of Western democracies such as the United States and Australia. 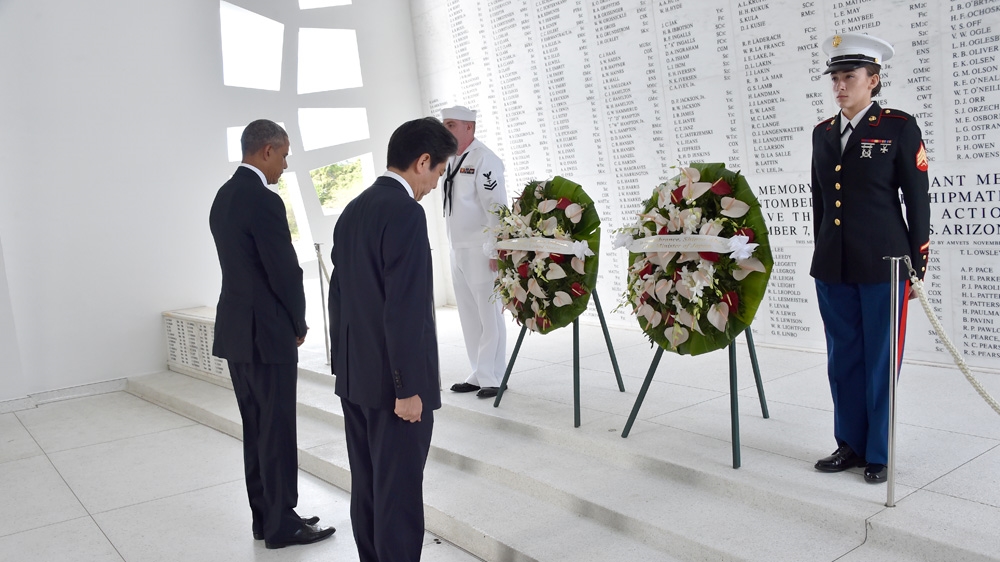 “Abe has made his mark in transforming the policy environment surrounding security,” said Professor Rikki Kersten, an expert in Japanese politics at Murdoch University in Australia. “He’s actually institutionalised change. In times of crisis or threat, security policy is now the policy area where Japan is able to respond rapidly and effectively because it has overcome the bureaucratic hurdles that bedevil every other area. That will not be undone.”

With China also becoming more assertive, Abe also cultivated closer ties with the US, boosted defence spending and reached out to neighbours in the Asian region.

It was under his watch that then-President Barack Obama in 2016 became the first US leader to visit Hiroshima, laying a wreath at the memorial to the atomic bombing. The same year, Abe himself made an historic trip to Pearl Harbor where he offered “sincere and everlasting condolences” for the victims of the Japanese attack on the base. He also signed up to the Trans-Pacific Partnership (TPP).

With Trump, who immediately pulled out of the TPP and expressed discontent over the cost of the 50,000 American troops in Japan and the two countries’ economic relationship, Abe opted to develop a more personal connection; through golf games, dinner at Mar-a-Lago in Florida and regular phone calls. 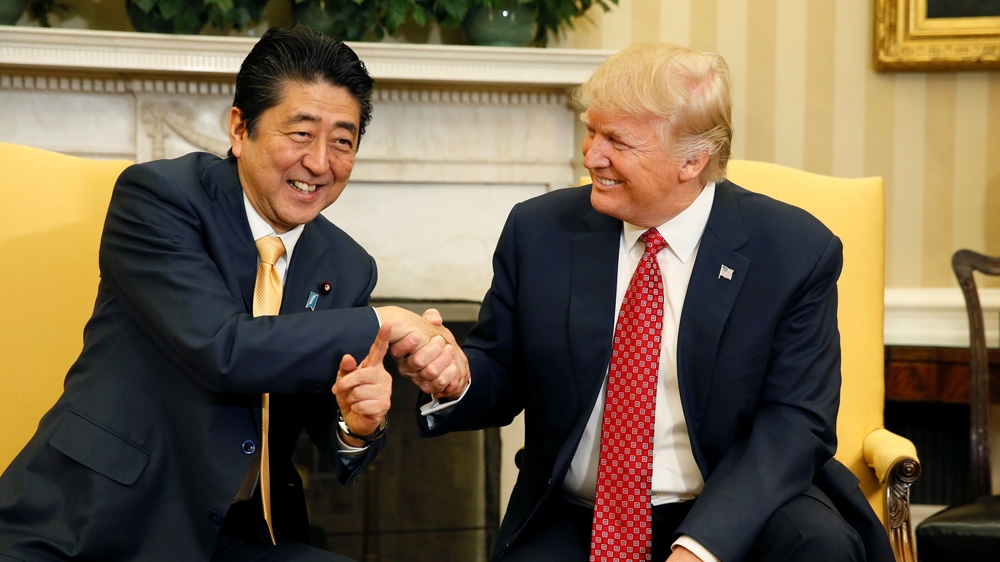 In 2019, Sheila Smith, senior fellow at the Council for Foreign Relations in Washington, DC, noted an “unprecedented level of communication” between the leaders of Japan and the US. That same year, Trump became the first world leader to meet Japan’s new Emperor Naruhito.

Abe’s diplomacy also extended to Russian President Vladimir Putin, in a bid to resolve the long-standing dispute over the islands known as the Northern Territories – just north of Hokkaido – that were absorbed into the Kuril Islands as part of the Soviet Union at the end of World War II.

“He wanted to be the guy who resolved that dispute and enabled a peace treaty between Russia and Japan,” Karsten said. “He tried everything. Nothing worked. Putin just doesn’t need Abe.”

Sometimes, Abe’s efforts were undermined by his own conservative instincts on history.

A 2013 visit to Tokyo’s Yasukuni Shrine, which honours the war dead including a number of Class A war criminals, upset not only China, but South Korea as well.

And even as Abe eschewed future visits – choosing to send offerings instead – ties with Seoul were further damaged late last year by a dispute over forced labour during Japan’s 35-year occupation of the Korean Peninsula.

His plan to rewrite the constitution, however, made no headway despite his professed commitment.

“There’s no popular support for it,” said Jeff Kingston, a professor and expert in Japanese politics at Temple University in Tokyo. “Revising the constitution is in single digits on the list of things that people say are important to them.”

“Abenomics” – a signature strategy of monetary easing, fiscal stimulus and structural reform designed to kick-start the country’s long-floundering economy – also appears to have made little impact despite early breakthroughs.

“GDP growth now is lower than when he came into office,” Kingston said.

Growth was flat last year, compared with 1 percent when Abe took power, and the structural reforms to immigration and work-life balance that were supposed to help address the challenges of an ageing population have made little progress.

Japan was in recession even before COVID-19 hit, and now people are staying home and spending even less – the economy shrank by a record in the second quarter. Nor can Japan look forward to a surge in tourists from the Summer Olympic Games, which has been postponed until 2021 because of the pandemic.

Like so much else, the challenge of reviving the economy will fall to whoever follows Abe.

But experts say Abe’s period in office should not be written off as a failure.

The changes to policy-making, while not the kind of initiative that grabs headlines, will have a lasting effect,

“That machinery is going to be there after he’s gone,” said Tobias Harris, author of The Iconoclast: Shinzo Abe and the New Japan, a biography on Abe that will be published later this year.

“That pattern of wielding power is going to be there; that’s a real legacy.”

And longevity itself, in a country where prime ministers in the post-war era have often lasted only a year or two, has also been a benefit.

“Abe provided the kind of continuity and predictability that Japan had not seen in a long time,” Harris added.

As Japan faces geopolitical uncertainty and mounting domestic challenges, his successors might not be so fortunate.