Early April, when the fear of the pandemic was at its worst the world over, classical and contemporary dancer-choreographer-curator Anita R. Ratnam was busy ideating. She consulted Chitra Sundaram, the U.K.-based dance and theatre artiste, and ‘Boxed – Dance Deletes Distancing’ was born. Through Narthaki.com, her e-zine, Anita reached out to young dancers across the globe.

“It’s time for my generation to make way for the next. The digital age is so right for them; they are creative and tech-savvy. We should be supporting, encouraging, provoking, just being there for them. That was the impulse for ‘Boxed’,” says Anita.

She commissioned recordings of site-specific or prop-inspired works — two minutes of continuous movement — beginning with their chosen dance style and transitioning into free flow movements, along with the dancer’s explanation of the premise and the process. The soundscape was original, provided by Narthaki on request. The videos were shot on phone cameras from two angles. And the dancers did away with the traditional costume and jewellery and performed in lounge wear or street clothes.

“I wanted the young dancers to think differently. Many were challenged for the first time. We were surprised by some of the bold choices they made. They danced in bathtubs, on the beach, at doorways, on the stairs, near windows, on couches and chairs. They were prepared to take a risk, and that’s what we wanted. ‘Boxed’ is a tribute to the dancing body that refuses to stay still during this global unrest.”

The series created a buzz. The pandemic had locked dancers into physical spaces, confused and scared, this was a way to channel creative energy. Many applied, including a tour guide in Venice. The diva-storyteller had turned mentor and thought leader. Her sharp introduction to each episode brought out interesting dimensions of the performances. “I know how hard it is to shift from the classical style, where something is either right or wrong. When we mentored applicants, we told them, if you fall off a cliff, we will be there with the safety net.”

The response was overwhelming and the series went into eight editions, each with five dance presentations, followed by expert comments from senior artistes. There was a theatre edition, an American edition, and an Australian edition, with original music created for Narthaki by Vedanth Bharadwaj, Anil Srinivasan and Manjunath P.C. The project was backed by a team of technicians, comprising Masoom Parmar, Raksha Patel, Devansh Gandhi and Keerthi Kumar.

Anita is following up ‘Boxed’ with ‘Devi Diaries’ for Navaratri. Through the month-long series, launched yesterday, she wants dancers to sing, dance, paint or tell a story about Devi. “Not just Hindu goddesses, but any woman they idolise. It could be Inanna from Mesopotamia, Rabia of Basra, goddesses from the Native American Inuit people, or your own family member,” explains Anita.

Another significant initiative through which she hopes to guide and groom Gen Next artistes is Neo-Narthaki. “The portal, launched recently, is run by a team of youngsters and has a voice of its own. We will have guest editors for every issue, and discussions can be about make-up, lighting, gender, sexuality, anything.”

Anita is also concerned about how to monetise artistes’ work. “Artistes need to be paid and in ‘Boxed’ I ensured everyone was. In India, the Goethe Institute, the British Council, the South Zone Cultural Centre, and Sangeet Natak Akademi support dance. The last two are headless, whom do we go to? We have to fend for ourselves. Older gurus are stuck, connectivity is poor in smaller towns. There is sadness and depression. How do we create a sense of continuity? The larger question is, do we have a community?”

The Chennai Margazhi Season going virtual is as good as being semi-cancelled, she says, and the line-up doesn’t include dance. “Why have sabhas not reached out for taped productions? They could ask the top 25 artistes to create exclusive content. Some U.S.-based organisations have done that. ABHAI is doing a series for young dancers in collaboration with Sangam Festival, New Jersey, sponsored by Sangam and Bala Devi Chandrasekhar.”

Someone who always speaks her mind on issues, especially of the art world, Anita says, “I put art in the centre of political discourse to see if I can change perception. I’ve been trolled, I don’t take anything personally. I am not worried any more.” 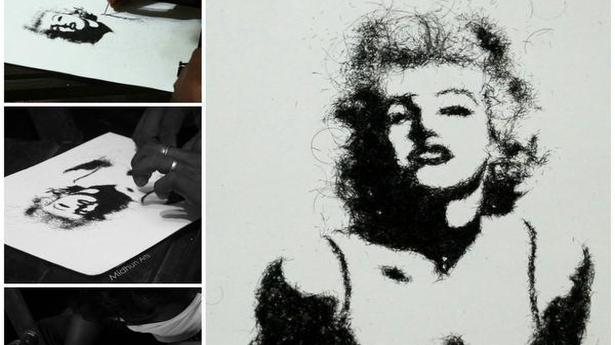 Watch | In conversation with Ma Sheela