A knife attack in the German city of Wuerzburg in which three people died and six were injured had an Islamist motive, prosecutors have said. The attacker, a young Somali man, was shot and arrested by police.

“An Islamist background for the crimes is likely,” the Munich Prosecutor’s Office said in a joint statement with Bavarian police on Tuesday, describing Monday’s rampage. The perpetrator shouted “Allahu Akbar” at least two times during the incident.

The gruesome attack occurred in the Bavarian city on Friday, when the suspect, a 24-year-old Somali, embarked on his murder spree. The man assaulted passersby at random, killing three and injuring six, two of whom remain in a life-threatening condition.

He was confronted by several brave civilians, disturbing footage from the scene shows, who tried to fend him off with chairs and other objects before the police arrived. Officers shot the man in the leg and took him into custody.

The attacker was not known to the authorities as an extremist, nor on any watch lists, German media reported earlier. Nonetheless, investigators reportedly recovered Islamic State (IS, formerly ISIS) propaganda materials from the homeless shelter where he lived.

He has reportedly shown no remorse for his actions, telling the police he had achieved his “jihad” goals. A senior security official, Joachim Herrmann, said the suspect had been admitted to a psychiatric unit suffering mental ill health a few days prior to the attack and subsequently released. 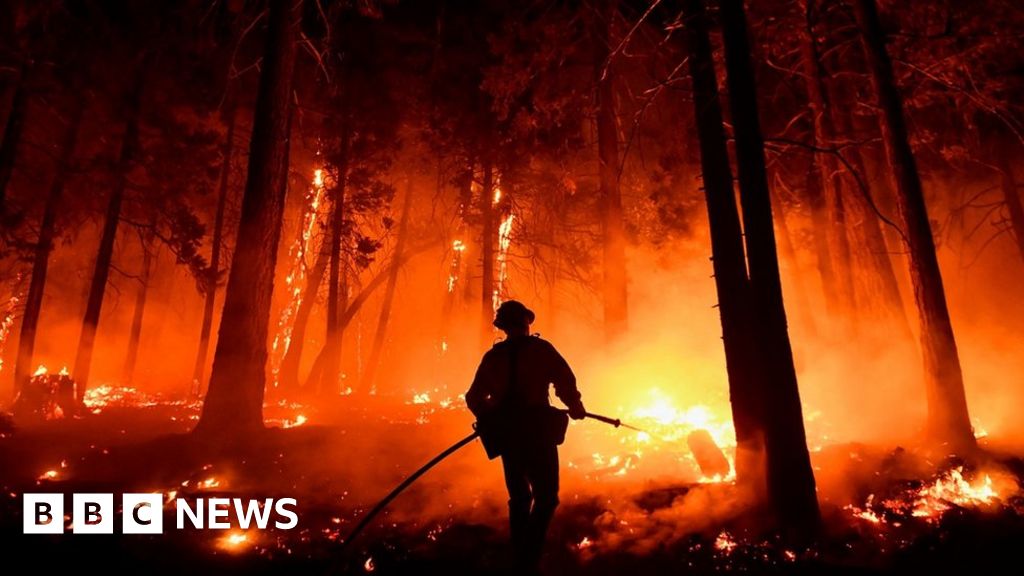 California fires: General Sherman and other sequoias given blankets