Investigative reporter Millie Weaver and her husband have reportedly been arrested at the same time her documentary on the US “shadow government” was being screened on YouTube, sending Conservative Twitter into theory overdrive.

Weaver’s “arrest” at the couple’s home – which has yet to be confirmed by authorities – was initially reported by Infowars on Friday, shortly after the YouTube premiere of her documentary film “ShadowGate.” The film purports to expose the secrets of the massive ‘Deep State’ intelligence apparatus manipulating politics within the US and beyond its borders, based on the reports of two private intelligence whistleblowers.

Video of the couple’s apparent arrest, shot by Weaver herself, was posted to Twitter by her Infowars colleague Adan Salazar, opening on Weaver asking in disbelief if “a grand jury indicted [her].”

She and her husband Gavin Wince were then supposedly taken into custody after being informed they’d been charged with “burglary.” The clip ends abruptly with Weaver urging viewers to “please share this.”

Rumors soon emerged that the “burglary” concerned alleged theft of government documents related to the film, but no official confirmation has so far been released.

lnfowars’ Millie Weaver has just been indicted by a Grand Jury and arrested for reporting on criminal activity ‘allegedly stealing gov’t documents’!Right before she was about to release her documentary about shadow government and social media psychological warfare operations! https://t.co/Bdg57QNqNa

According to Google whistleblower Zach Vorhies, Weaver was actually arrested before she could release the documentary, but one of the whistleblowers involved, “Tore,” released it instead. Her Twitter account @Tore_Says was reportedly suspended immediately thereafter.

Tore soon resurfaced on another account, however, accusing the state of Ohio of sitting on “FALSE CHARGE INDICTMENTS” against Weaver for three months – suggesting the indictment was months-old and the arrest had been deliberately timed to coincide with the film’s release.

The STATE OF OHIO sat on FALSE CHARGE INDICTMENTS for 3+ Months and popped it TODAY – TODAY that she was releasing her video… @TheJusticeDept who is the CORRUPT COP? WTF. I can’t believe this – we will EXPOSE every single person involved who used a DRUG ADDICT to frame millie

“We will EXPOSE every single person involved who used a DRUG ADDICT to frame millie,” the whistleblower tweeted. In another tweet, she claimed the state’s justice system databases had simultaneously “crashed,” preventing her from finding out more information on Weaver’s case.

My daughter would never steal. She is honest and good. I am asking for vigilant violent prayer for her. #millieweaver

A who’s-who of conservative media personalities took to social media with questions, theories, and demands for Weaver’s release, while #FreeMillie surfaced as a rallying cry.

Pro-Trump reporter and filmmaker @Millie__Weaver has been arrested & she has no idea why. Something isn’t right about this entire situation… Prayers up for Millie and her family!

only two days ago, I noticed that Millie Weaver had – uniquely among US journalists – published video grab of Flynn pointing out apparent possession of sarin by AlQaeda-allied jihadis in Syria. Flynn’s observation was contrary to Obama admin support for jihadis vs Assad govt

Speaking as a former ADA, burglary is a way to get someone by claiming 1) unlawful entry, followed by 2) the intention to commit a crime. No actual crime need have happened. It’s what we call an “inchoate offense”. Same thing they used on @JamesOKeefeIII

Some, however, suspected the “arrest” was a publicity stunt to push Weaver’s film, pointing to various oddities around the incident. Others remarked that burglaries don’t usually involve grand jury indictments. A handful of users even deemed her arrest deserved, claiming Infowars has been calling for violence against leftists.

This seems suspicious. 🤔 Millie is great, but this looks like it was staged. Publicity? I’m not buying it until I see the public record of a warrant and arrest. 🤷🏾‍♀️

seems fishy.InfoWars has done some very good work over the years..but they aren’t the most trustworthy. It could be a publicity stunt.There are more trustworthy people in the alt/indep/conspiracy space (Ole Dammegard, Jim Fetzer, @SGTreport , etc)

At least one user made a connection between Weaver’s documentary and YouTube’s oddly-specific new rule announced on Thursday banning materials the platform believes to be “hacked.” 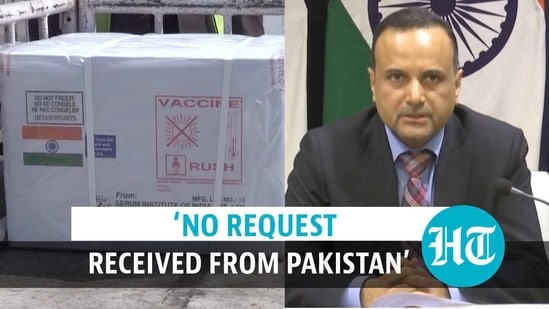 Belarus leader: Ready to share power, but not under pressure | Belarus News