Farmers from North India have spent more than eight months at the longest-running protest of Prime Minister Narendra Modi’s government, turning several highways on the outskirts of New Delhi into temporary settlements.

In winter they huddled in farm trailers. When winter gave way to a scorching summer, the farmers erected structures with bamboo and aluminum sheets on the road to shelter them from temperatures that touch 44 degrees Celsius in the Indian capital and equipped them with fans and coolers.

Now they are throwing tarpaulin sheets over the roofs to keep monsoon rains out of their shelters.

Holding firm on their demand that three farm laws passed last year to open agricultural trade to private companies must be scrapped, the farmers shrug aside the hardships of living on the highway through winter, summer and the pandemic’s ferocious second wave.

“In winter, we leave our homes at night to water fields at night because that is the time we are given electricity, in summer we work under the sun, we sow our land during the monsoons,” said Harjinder Singh, a farmer who has come from Punjab, a primarily agricultural state.

“In any case, a protest means bearing hardships. Only then you succeed,” he said, retreating into his structure, as rain drips through a plastic sheet after a monsoon shower.

Singh did not leave the highway, even when Delhi huddled indoors as the coronavirus infected tens of thousands – for him the laws represent a bigger threat than the virus.

Discontent among farmers, who mostly own small plots of land and complain of falling incomes, has been brewing for years. They have complained that rising costs for supplies such as seeds, fertilizers and diesel fuel had eroded their profits.

The recent laws have become a flashpoint amid their fears that they pose an existential threat to their livelihoods.

The farmers worry that the new laws will take away decadeslong government support, which ensured a fixed price for crops, such as wheat and rice, and eventually force them to sell their land.

Being a landowner is the only identity they know, said farmer Darshan Singh as he walked down the highway.

“I am attached to my land in the same way that my nail is joined to my flesh. It is both my mother and father; it is everything to me. If my land does not stay, there is no point in my living any longer,” Singh, also from Punjab state, said.

Modi has assured them that the laws will help them gain access to new markets, bring in new technology and raise agricultural incomes.

Some economists say the farm reforms are necessary to modernize Indian agriculture, improve productivity, draw in private investment and encourage farmers to shift to more profitable crops rather than continue growing cereals, such as rice and wheat, which fetch a fixed, government-set price. They say this will help improve incomes in the farm sector that supports half the country but accounts for less than 20% of India’s gross domestic product.

However, the farmers distrust market reforms.

“The government says that we do not understand the law and some people have criticized us as illiterate,” Singh said.

“Why don’t they explain the benefits to us?” he asked.

Political analyst Neerja Chowdhary said the protesters remain firm because the stakes are very high for them.

“The fear is that the laws will corporatize agriculture and ultimately lead to smaller farmers becoming workers in their own fields,” she said.

The protesters are counting a small victory. Limited numbers have been allowed to come from their heavily barricaded sites since mid-July to hold a daily protest outside Parliament while it is in session.

The farmers have warned lawmakers that they will withdraw support from parties that do not back their demand that the laws be repealed.

If the impasse is not resolved, it could cost the ruling Bharatiya Janata Party some political support as it gears up to face crucial elections in five states next year.

“It is something to worry about for the BJP, particularly in the largest state, Uttar Pradesh, where a victory is crucial for the party,” Choudhary said.

Negotiations have been stalled since talks broke down earlier this year. The government has ruled out scrapping the laws but has offered to put the laws on hold for up to a year and a half and make amendments. The farmers say they will not settle for anything less than a total rollback.

“If the government is showing us a rigid face, then farmers can also be very stubborn. We also will never step back,” Harjinder Singh said.

“If we return without achieving our target, in any case our entire life’s work stands defeated.”

Like the seasons, the mood at the protest site swings – at times charged, at times languid. With the sowing season on during the monsoon, many young farmers have gone back to villages to plant seeds in their fields, while older farmers hold the fort at protest sites.

Even when he is back in his village, the struggle remains his primary concern, Darshan Singh said.

“Our eyes are always on Delhi as we watch the evening news on television or our mobiles, hoping to get some relief that the laws have been scrapped, our voice has been heard,” Singh said. 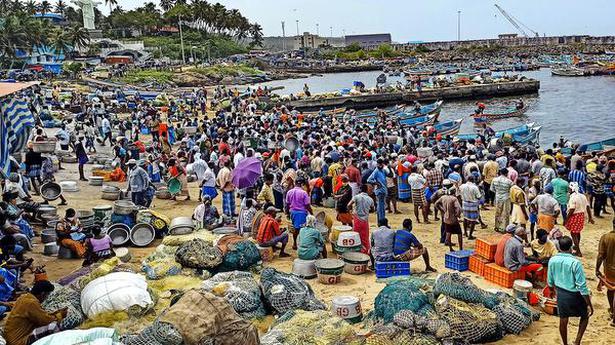