While reiterating that Pakistan was doing its best to find a peaceful solution to the crisis in Afghanistan, National Security Adviser (NSA) Moeed Yususf has regretted that many Indian and Afghan social media accounts were involved in maligning Pakistan.

“Attempts are being made to put blame on Pakistan over the mistakes made in the past 20 years in Afghanistan,” he said during a press conference in Islamabad, flanked by Federal Information and Broadcasting Minister Fawad Chaudhry.

Moeed said that as the US is completing its withdrawal in Afghanistan, ‘face-saving’ attempts are being made to hide its failure to ensure peace in the war-torn country, adding that many Afghan and Indian social media accounts are involved in promoting this narrative.

The NSA said that the government has decided to expose the nefarious designs against Pakistan and will present its analysis with the help of data.

“We will expose everything with data and tell the world about it. We will present our point of view on national as well as international media,” he added.

Moeed said that these social media accounts have a theme under which they try to discredit Pakistan especially the Pakistan Army. “They target China-Pakistan Economic Corridor (CPEC)… they want to build a narrative to keep Pakistan on the [FATF] grey list or black list, and they also highlight the nationalistic point of views against Pakistan.”

The national security adviser said that many trends created against Pakistan on Twitter and other social media platforms are by bots and many in Pakistan retweet them and become part of propaganda unknowingly. “They use videos that are five or 10 years old but because they support their narrative, they use them to their advantage but unfortunately many people fall victim to such propaganda,” he added.

On #SanctionPakistan trend, Moeed said Pakistan was under no such threat. “There is no logical reason for it (sanctions)… I just went to the US and I can assure you that nothing like this is going to happen.”

He also refuted the claims that Pakistan was supporting the Taliban in Afghanistan, saying that it was physically impossible for Pakistan to reach many areas being contested by the insurgent group. “See the map where they (Taliban) are fighting and winning… it would take more than 10 days for anyone to even reach some of those areas,” he explained.

Moeed regretted that even some state media accounts of Afghanistan were involved in blaming Pakistan. 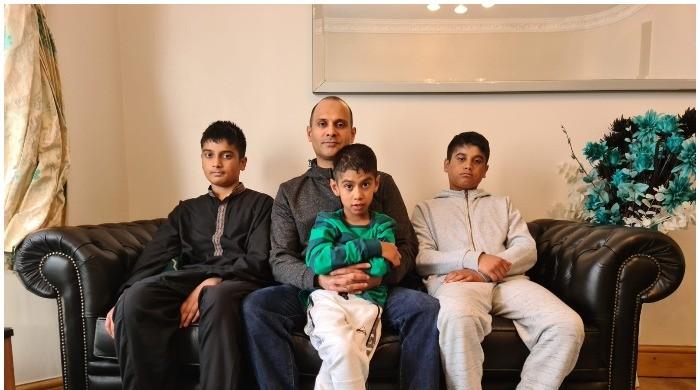