India has now surpassed 20 million total confirmed COVID-19 cases amid a disastrous second wave of the disease that has essentially broken the country’s health care sector.

The surge has been blamed on the emergence of more contagious variants of the virus, plus the easing of restrictions on large crowds when the pandemic appeared to be under control earlier this year.

Rahul Gandhi, the leader of the Indian National Congress opposition party, said on Twitter Tuesday Prime Minister Narendra Modi’s inaction “is killing many innocent people” and called for a full nationwide lockdown to stop the spread of the coronavirus.

GOI doesn’t get it.

The only way to stop the spread of Corona now is a full lockdown- with the protection of NYAY for the vulnerable sections.

India’s COVID-19 crisis is aggravated by a critical lack of oxygen needed to treat critically ill patients, along with the raw materials needed to manufacture doses of the vaccine.  While India is home to the Serum Institute of India, the world’s largest vaccine manufacturer, only 2% of the country’s 1.3 billion people have been vaccinated, according to local reports.

The United Nations said Monday it is working in India to fight misinformation about COVID-19 vaccines as well as how the disease is spread. Spokesman Stephane Dujarric said a U.N. team is working with community radio stations across the country to reach more than 17 million people in rural areas about the importance of vaccines and how to prevent coronavirus infection.

The U.S. Defense Department said Monday it had sent two plane loads of COVID-19 supplies to India and that an additional two flights were set to depart on Wednesday.

White House Chief of Staff Ron Klain told CBS’s Face the Nation TV show Sunday, “We are rushing aid to India.” However, the United States is also taking new measures to prevent the spread of the virus. The White House said Friday that starting Tuesday, the U.S. will stop incoming flights from India.

Australia is also banning flights from India. Australians who enter the country after traveling to India could face a fine and incarceration.

The company said it will provide the first 34 million doses by the end of the year, with the remaining doses to be delivered in 2022, all the company’s “lowest-tiered price.”

COVAX, the acronym for COVID-19 Vaccines Global Access Facility, is an alliance that also includes the Coalition for Epidemic Preparedness Innovations and Gavi, The Vaccine Alliance, an organization founded by Bill and Melinda Gates to vaccinate children in the world’s poorest countries. The program has pledged to deliver up to 2 billion doses of COVID-19 vaccines to poor countries in 2021, but has only delivered 49 million doses to date.

Sweden announced Monday it will provide 1 million doses of the AstraZeneca two-dose vaccine to COVAX to address the agency’s immediate-term shortages.

Also on Monday, Denmark said it would not use the Johnson & Johnson one-dose vaccine in its inoculation campaign over its potential link to a rare but dangerous blood clotting condition.

The United States briefly suspended use of the Johnson & Johnson vaccine after reports of at least 15 women younger than 50 years of age who developed an event involved unusual blood clots with low platelets.  The U.S. Food and Drug Administration lifted the suspension last week, while mandating the vaccine includes a warning about the possible clotting risk.

But Denmark’s health authority said it decided that the potential risk of the Johnson & Johnson vaccine does not “outweigh the risk of causing possible side effects in the form of severe blood clots in those we vaccinate.”

U.S news outlets are reporting the FDA is expected to authorize Pfizer’s COVID-19 vaccine next week for young people between the ages of 12 and 15, based on information from unnamed sources. The vaccine is already approved for those aged 16 years and older.

In March, Pfizer released preliminary results from a vaccine trial involving adolescents. The trial showed that none of the fully vaccinated adolescents acquired COVID-19 or experienced serious side effects.

New York Governor Andrew Cuomo announced Monday that all state-enforced COVID-19-related capacity limits on all retail businesses will be lifted May 19. Calling it a “smart reopening,” Cuomo said he was removing the restrictions in coordination with the neighboring state of New Jersey, just as the two states coordinated their lockdowns about 14 months ago.

Travel to the European Union is extremely limited except for a handful of countries with low infection rates, including Australia, New Zealand and South Korea. 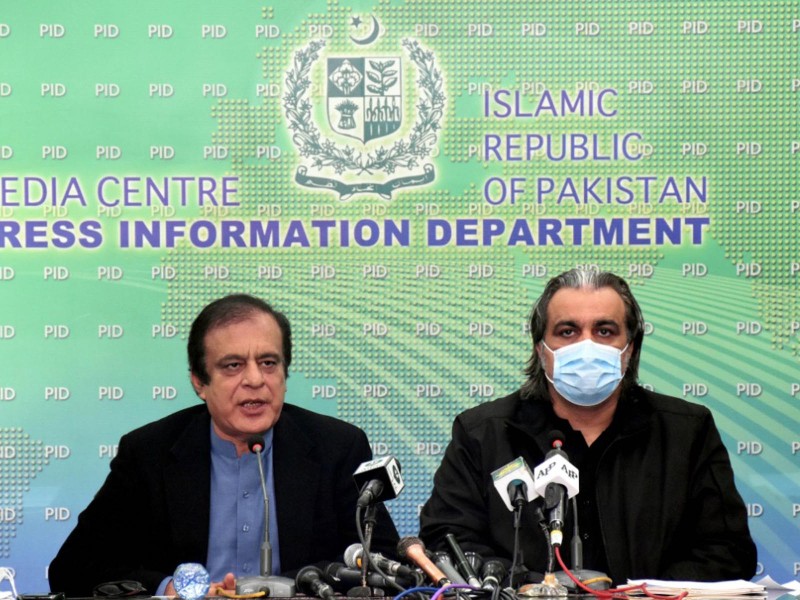 What are the Benin bronzes, and why are they so controversial?