Pakistan has put its troops along the border with India on “high alert” after intelligence indicated that India could mount misadventure or surgical strike to take the spotlight off thet ongoing mammoth farmers’ protest in the country.

The hardline Hindu nationalist government of Narendra Modi could do anything to weaken the ongoing protests, led by the Sikh farmers from Indian Punjab, and reviving the simmering Khalistan movement.

According to highly credible sources, Pakistani troops guarding the Line of Control and Working Boundary with India have been put on “high alert” to frustrate the Indian designs.

The farmers’ protests, sparked off by controversial reforms deregulating the agriculture sector, have escalated to entire India. Protesters believe the so-called reforms will further undermine, disenfranchise and subjugate the Indian farmers.

On Tuesday, railway tracks and highways were blocked across the country as farmers launched a national day of action, upping the stakes after 10 days blockading the capital.

Tens of thousands of farmers have set up barricades on roads into New Delhi since November 26, vowing not to move until the laws were repealed, in one of the biggest challenges to the Hindu nationalist government since it was re-elected in a landslide victory in 2019.

“We are worried, extremely worried. Our children will starve, what could be a bigger worry than this?,” farmer Ved Singh told the AFP ahead of the strike, echoing fears of his peers that large corporations would lower prices and destroy their livelihoods.

“There would be nothing to eat… How will we earn money? This is the biggest worry for us.”

India has amassed troops to prevent farmers from marching to the capital. Blockades have been set up, some highway roads were dug up to impair travel, and in many cases, water cannons were turned on the protestors — an intergenerational mix, from children to the elderly, directly comprising affected families.

The farmers were supported in their call for action on Tuesday by railway workers, truck drivers, teachers and other unions. In many eastern and western states, protesters blocked railway tracks, roads and halted trains.

The farmers are also supported in their protest by Indian diaspora worldwide. In cities in Canada, the US, UK, Australia – or any other country that has a strong Punjabi or Indian population – car rallies or demonstrations are under way.

These demonstrations are in support of the farmers, and the 250 million citizens of India involved in the single largest protest in human history.

(With additional input from News Desk) 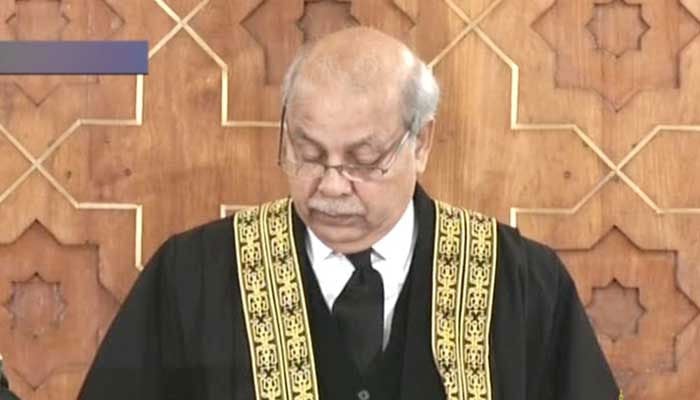 Imperative for women to enjoy their rights, powers: CJP