The Islamabad High Court (IHC) has ruled that the implementation of the decisions of the National Command and Operation Centre (NCOC) is mandatory in the event of a coronavirus crisis and legal action may be taken against those violating its decisions.

Dismissing a petition challenging the ban on marquee halls during the second wave of Covid-19, the court endorsed the decisions of the National Coordination Committee (NCC) to ban the gathering of 300 persons and the public meetings across the country, including Gilgit-Baltistan (G-B) and Azad Jammu Kashmir (AJK) due to the coronavirus.

In the eight-page judgment, the court observed that it could not interfere in the affairs of executive. It stated that the organisers of the public meetings would be responsible for any loss of human life due to the coronavirus and legal action would be taken in case of violation of the NCOC orders.

It said that in view of the second wave of coronavirus, the standard operating procedures (SOPs) introduced by the NCOC should be strictly implemented. IHC Chief Justice Athar Minallah also said that it was high time for all the political parties to demonstrate unity against the pandemic.

Earlier, the attorney general submitted a report which stated that the NCOC took many decisions, including banning of all outdoor gatherings of more than 300 persons.

The SOPs’ implementation would be the responsibility of the organisers and they would be liable for any death or spread of Covid-19 due to the gatherings as per law, the report said.

The NCOC also made a decision that no indoor event would be allowed and only outdoor events with a maximum of 300 guests would be allowed, the report added. Similarly, the other decision of the NCOC was to allow indoor dining for the time being, which would be reviewed in a week’s time, while the public was strongly encouraged to use either outdoor or takeaway options.

The report said that the option of early winter vacation would be reviewed after consultation of the Federal Education and Professional Training Division with all provinces and federal units in a week’s time.

The chief justice said that the court had trust in the steps taken by the government as the NCOC comprised experienced people. The chief justice also observed that in the situation of coronavirus, everyone should limit their social activities.

The chief justice pointed out that many lawmakers had lost their lives due to the corona pandemic. He observed that what happened in Gilgit-Baltistan was unfortunate, where poor people were brought out in political processions.

“We lost a valuable chief justice due to this pandemic and nobody knows who will be the next victim of the virus,” the chief justice said, referring to Peshawar High Court Chief Justice Waqar Ahmed Seth, who passed away last week after contracting Covid-19.

“We have to trust the incumbent government and this court is also subject to the government decisions. The national institution has taken its decision and the court cannot question it under such an uncommon time.”

The chief justice said the second wave of Covid-19 was comparatively more severe and there was need to strictly implement the SOPs. In Britain, the police had been given powers to fine the people on violation of the SOPs, he added that it was the responsibility of the government to ensure full implementation of the SOPs.

The attorney general informed the court that Prime Minister Imran Khan had cancelled his party’s public meeting due to the severity of situation. The chief justice observed that the court had a lot of expectations from parliament to introduce a universal policy in the current situation.

During the proceedings earlier, the chief justice, while addressing petitioner’s lawyer Sardar Taimoor Aslam, observed that what they wanted, people should have closed everything at their own in the current circumstances. The lawyer said that his client wanted the same policy for everyone.

The attorney general adopted the stance that the matter of public health was most important, adding that the government was taking steps keeping in view the situation. He said that coronavirus policies had been introduced with the consultation of Ministry of Health and all provinces.

The court asked the petitioner that everyone should follow the decision of national bodies and demonstrate trust in the state institutions. The chief justice further remarked that the decisions of leaderships should be extraordinary during extraordinary situation.

While dismissing the case, the court stated that it could not pass an order about the decision of the federal government. The court, however, asked the attorney general to invite representative of marquees in any meeting of the NCOC. The court further directed Ministry of Human Rights to view the medical facilities of the prisoners in all jails across the country.

(With additional input from agencies)

Asaduddin Owaisi visits Furfura Sharif in Bengal, says he will join hands with its head 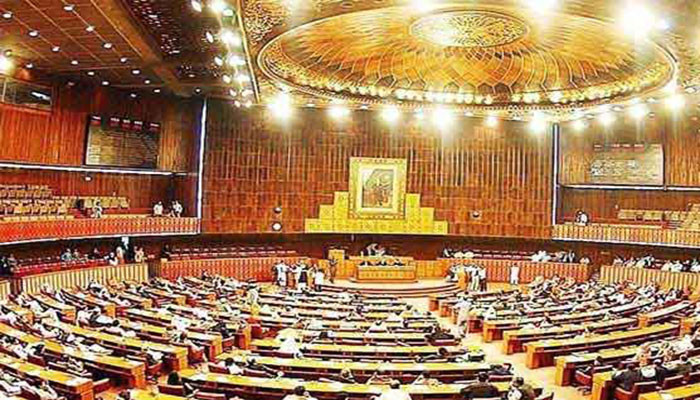