ISLAMABAD: The Islamabad High Court (IHC) Monday granted time to the lawyer for Indian High Commission (HC) to get instructions from his client Kulbhushan Jadhav in the case. A larger bench, headed by IHC Chief Justice Athar Minallah, and comprising Justice Aamer Farooq and Justice Miangul Hassan Aurangzeb, conducted the hearing on a petition of law ministry, seeking appointment of a lawyer for Indian spy Kulbhushan Jadhav to file review petition against his death sentence. During the hearingAttorney General for Pakistan (AGP) Khalid Jawed Khan pleaded that the federal government was taking all measures to ensure implementation of the decision of International Court Justice (ICJ). The IHC chief justice asked about the removal of Indian reservations. To this, the attorney general said the neighbouring country deliberately did not want to be part of the court proceedings.

The government had offered consular access to India through its high commission to its spy for the third time, he said. The AG said the Indian High Commission had approached the IHC in another case pertaining to its prisoners, but it was not cooperating with the court in the Jadhav case. The other petition of high commission was fixed for hearing on the same day, he informed the court and said India could become party in Jadhav case through its counsel.

IHC Chief Justice Athar Minallah said Indian cooperation was necessary for implementation of the ICJ decision, adding that it could approach the court if it had reservations. Meanwhile, Indian High Commission’s lawyer Shahnawaz Noon appeared before the court in another case pertaining to prisoner Jaspal and took the stance that he had been instructed to get some documents from the Attorney General office, but he had been refused.

To this, the IHC chief justice said the lawyer should have approached the court if he could not get documents. To a query of the bench pertaining to Kulbhushan Jadhav case and consular access, the Indian High Commission’s lawyer said he would inform the court after taking instructions from his client. He requested the court to grant one-week time, which was accepted by the bench. Late, the court adjourned the hearing till Dec 1. 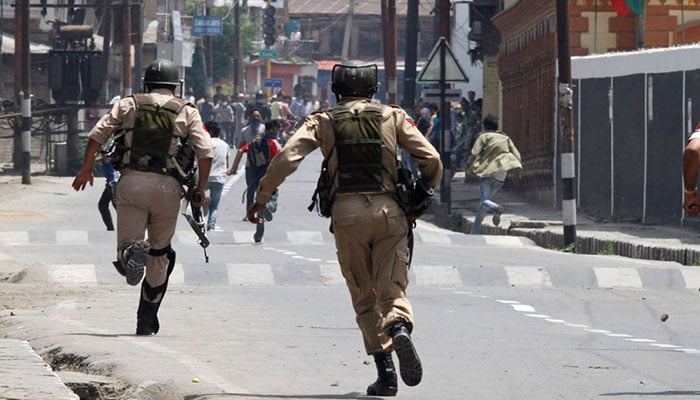