Dubai: The 24-carat gold bar is becoming the preferred investment choice for consumers during this year’s DSF, seeing it as the less expensive way to stock up on their gold holdings. And future profit taking.

Gold bars do not carry the 5 per cent VAT charge unlike jewellery and other forms, and with shoppers trying to stretch their dirhams as much as possible, this counts for quite a bit.

What a 1-ounce gold bar will cost at current prices

“The big spending on jewellery (Dh20,000 and above on a transaction) had returned since October – what was missing were the smaller purchases,” said Cyriac Varghese, General Manager at Sky Jewellery. “Now, that’s back and it’s the best possible outcome. The gold business cannot survive on one-off, big-ticket purchases alone.

“There were days in 2020 when there were no shoppers turning up at store, even after the lockdown phase. From there to Gold Souq and Meena Bazar outlets now hosting a steady – and growing – number of shoppers is a major breakthrough.”

The various DSF promotions and raffles on gold purchases too are doing their bit to get shoppers back.

Minus a few grams

While average spend on gold has recovered, shoppers are getting a gram or two less on these purchases compared to a year ago. Gold prices shot up by more than 25 per cent during 2020, a period that also saw the metal post an all-time high of $2,067 an ounce in early August. The Dubai Gold Price for 22K at the time was Dh235 a gram.

Prices have retreated since then, and is at $1,838 early Thursday (January 28). Unless something drastic happens to the global economy, most believe that the $1,830 plus levels will be maintained.

What the pandemic year has done is strengthen belief is gold’s “everlasting shine”. This is the message that gold and jewellery retailers have been repeating all through recent months – and they are getting heard.

Recent weeks have been seeing more first-time buyers of gold bars, with the intention of holding on to it until prices see another round of increases.

“So, if Dh2,000 or Dh4,000 gets the shopper less weight than in recent years, he can always compensate when prices head up,” said one retailer. “Plus, they will need to think about the gold they have already bought in recent years and how much they have gained since January 1, 2020.”

Nearly 90 per cent of the current buying at UAE’s gold stores are being done by residents, while retailers await the return of tourists. December had seen some increases, but those numbers have dropped since.

It will require the global vaccination drive to reach optimum levels and for air travel to be restored for these shoppers to return.

In December, the local precious metals trade also had their first sightings of Israeli tourists… and shoppers. “They are not into gold that much – but they can do wonders with the diamond side of the business,” said a retailer. “Dubai and the UAE can offer diamond jewellery at hugely competitive rates compared to what they see in Europe or anywhere else.

“Once everything settles down post-pandemic, Israeli buying will create another new stream for the UAE’s wholesale and retail jewellery sector. It’s only a question of when.”

After all that happened in 2020, UAE’s gold and jewellery trade has learnt the lesson of patience. Drone attack targets base housing US forces in Baghdad

How deep are Pakistan and America’s differences over Afghanistan? 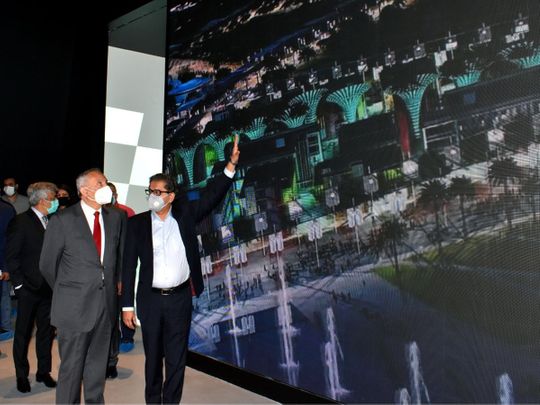