Successive American administrations have issued “strategies” for Central Asia. And when the Trump administration rolled out its own in February, its priorities resembled those of administrations past — buttressing sovereignty, fighting terrorism, cooperating on Afghanistan, promoting regional connectivity, supporting reforms and human rights, and enabling U.S. investment and development assistance.

But Lisa Curtis, President Donald Trump’s adviser for South and Central Asia, argues that “important shifts in the last several years led us to update our approach” as the administration laid out its strategy for the next five years.

Alice Wells, formerly the State Department’s top official for the region, emphasized that any U.S. strategy must be based on a partnership with the region’s own governments. She described enduring support for independence, sovereignty and territorial integrity as “the holy trinity” of U.S. policy.

When Secretary of State Mike Pompeo visited Central Asia in February, he emphasized the threat of growing Chinese influence while lauding Uzbekistan and Kazakhstan for their commitments to systemic change, despite their persistent lack of democratic governance.

In Nursultan and Tashkent, days before the announcement of the strategy, Pompeo stressed these objectives with leaders and in the C5+1, a platform for dialogue that comprises the five Central Asian countries and Washington.

Abdulaziz Kamilov, Uzbekistan’s foreign minister, made clear there is little enthusiasm in the region for a confrontation with China. “We want stable development, prosperity and cooperation, and would really not like the unfavorable political consequences of competition in our region between large powers.”

U.S. experts say the Trump administration’s approach to the region has not been substantially different from that of its predecessors.

Paul Stronski of the Carnegie Endowment for International Peace emphasizes continuity and sets the bar low: “The biggest success is the fact that there hasn’t been damage done.”

Yet Stronski believes an opportunity was missed. He says framing Central Asia “as a sphere of geopolitical competition with China was unfortunate. China is next door and a huge investor and trade partner, while the U.S. is far away. Pompeo’s trip went down like a ton of bricks.”

Stronski views U.S. strategy as too focused on Afghanistan and geopolitical competition. He argues for more emphasis on the region itself and views a strategy promulgated just before the pandemic struck as too little too late.

Stronski acknowledges success in improving relations with Uzbekistan but says that “is largely contingent on President [Shavkat] Mirziyoyev and his reforms. … Uzbekistan is easier for the U.S. to deal with now because of great strides in opening up.”

Meanwhile, he said, Uzbekistan welcomes the United States returning as a factor in its foreign policy because it “gives Tashkent greater wiggle room to balance among bigger powers.”

The U.S. strategy also aims to counter extremist ideologies by supporting more resilient societies. The U.S. has invested over $90 million in border security, conducting over 200 training activities and training some 2,600 officers in Central Asia since 1991.

Bilateral military and civilian partnership programs, meanwhile, aim to help former jihadists returning from Iraq and Syria and their families to reintegrate into society while strengthening law enforcement and security service capacity.

In Afghanistan, Washington hopes to leave stability as it withdraws.

Central Asian governments support the peace process, so the U.S. encourages economic and trade links with Afghanistan through separate trilateral dialogues with Uzbekistan and Turkmenistan.

Connectivity, a priority that emerged under President George W. Bush, has been given new attention as Washington seeks to counter China’s Belt and Road Initiative. The U.S. is promoting energy, economic, cultural, trade and security measures linking Central Asia to the West by way of Afghanistan and India — with mixed results.

Hugh Williamson of Human Rights Watch welcomes engagement “on specific human rights issues and with civil society.” But he argues that Trump has diminished America’s standing as a champion of freedom and justice by embracing autocratic leaders, undermining the value of independent media and walking away from key international mechanisms such as the U.N. Human Rights Council.

Will Uzbekistan Seat on UN Human Rights Council Bolster Justice?
From 1991 to 2016, thousands of people were imprisoned and tortured just for questioning the country’s authorities

“The administration has juggled competing interests, but the vacuum under Trump limited U.S. influence on a principled human rights agenda for Mirziyoyev’s Uzbekistan and Kazakhstan’s leadership transition,” he says.

America’s most powerful tool for boosting Western values in the region remains the more than $9 billion in development assistance provided since 1991. That is less than the $31 billion in U.S. investment over the same period, but analysis shows the latter has been concentrated too narrowly in a few countries and sectors to have a major impact.

Washington also claims credit for $50 billion in assistance from the multilateral development banks over 29 years, but even that figure is increasingly dwarfed by China’s recent investments.

According to the U.S. Agency for International Development (USAID), Washington provided $128 million in assistance to the region in 2020. Of that, Uzbekistan and Tajikistan each received $31.4 million, one-third of it to improve health care; Kazakhstan got $26.7 million, almost half of which went to nuclear and biological threat reduction; Kyrgyzstan got $35.3 million, mostly for private sector and civil society development; and Turkmenistan got $3.3 million.

In time, the U.S. aims to bolster private investment. But officials say that without predictable contracts and reliable enforcement, it will be hard to attract.

Akmal Burhanov, director of Uzbekistan’s new Anti-Corruption Agency, is counting on enhanced U.S. support as he pushes for greater transparency, something Mirziyoyev, evoking the pandemic, has called a “vaccine of honesty.”

“We’re working with USAID, the State Department’s Bureau of International Narcotics and Law Enforcement, and are in close touch with the U.S. Embassy,” Burhanov said. “So, we connect with American experts and learn from this country’s experience in spreading integrity to counter corruption and abuses of power.” 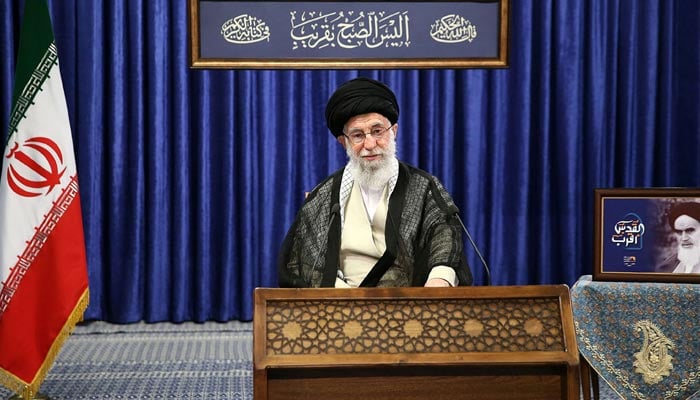 Israel ‘not a country, but a terrorist base’: Khamenei