Speaking to reporters here in Peshawar, PM Imran Khan said elections for the Upper House would be held earlier than planned and that he had been given a detailed briefing on the matter by Attorney General of Pakistan Khalid Jawed Khan.

“Horse trading is easier for the government in Senate elections,” he said, adding that the PTI, however, believes in transparent elections and had expelled 20 MPAs from the party.

The government has decided to use “open voting” for the elections, they had added.

Later, in a press conference after the Cabinet meeting, Information and Broadcasting Minister Senator Shibli Faraz had said the PTI regime is striving to make the Senate elections free and fair.

“Controversies have always surrounded the Senate elections,” he had said.

“It is such an old practice that it is assumed that in the elections, [horse trading] will surely take place.

PM Imran Khan, while speaking to the reporters in Peshawar, also took aim at the Opposition parties, which have been holding rallies across the country under their coalition titled Pakistan Democratic Movement.

The Opposition parties had demanded “a 34-page NRO” when he offered to engage in dialogue, he claimed, saying he would never bow down to them “under any circumstances”.

“The cases against the Opposition were not filed during our government [but] were registered in the past,” he said, adding that there was no threat to the PTI regime from them.

The premier underlined that everyone was aware of what he was doing the day the PDM held their much-anticipated rally in Lahore. “There is no pressure on me,” he said.

“The Opposition has been holding large rallies,” he noted, referring to the PDM’s jalsas in Peshawar, Karachi, Quetta, Lahore, Gujranwala, and Multan.

“If I want, I can still hold a rally bigger than Opposition’s,” the PM added. 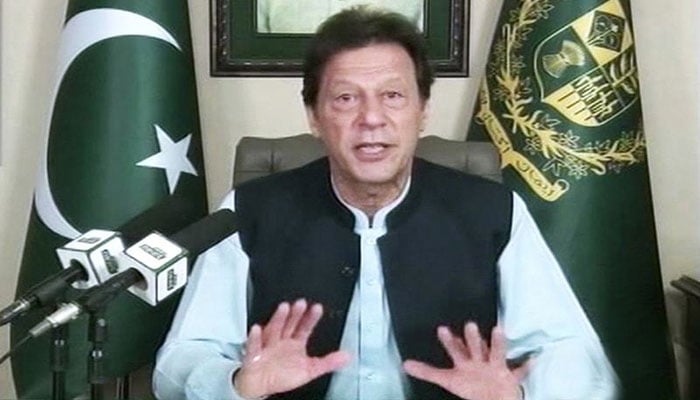 No trade with India unless Kashmir gets original status: PM