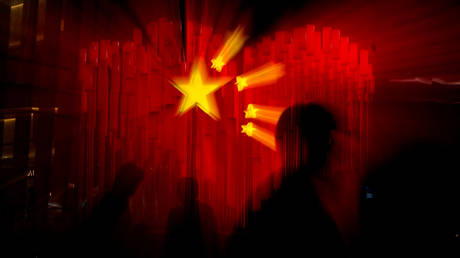 August marked the fifth consecutive month of FDI growth, according to data from China’s Commerce Ministry. In the first eight months of this year, investment inflows jumped 2.6 percent to 619.8 billion yuan.

China remains a hot investment destination as it is one of only a few nations that managed to avoid falling into recession after the coronavirus outbreak rattled the global economy. After a record slump in the first quarter, China’s gross domestic product (GDP) beat forecasts in June, rising 3.2 percent.

Beijing has been stepping up its efforts to attract global investors. On Friday, senior Chinese officials said that the country is betting on the fast-growing service sector to support investors. They also revealed that the Chinese capital is looking to become a “national comprehensive demonstration zone” as it implements a range of measures, including facilitating cross-border flows of capital, support for overseas securities and futures firms, and encouraging foreign companies to participate in stock and bond trading.

“Foreign investors have expressed a strong wish to get into the telecommunications sector,” China’s Vice-Commerce Minister Wang Shouwen said on Friday, as quoted by CGTN. “Now the plan will allow foreign companies to invest in virtual private networks (VPNs), with a proportion of foreign shares not exceeding 50 percent. Overseas telecommunications providers can set up joint ventures to provide such services for foreign enterprises in Beijing.”

Investment inflows into China continue to grow despite rows with the US on multiple fronts. In addition to pressuring Chinese businesses on its own territory, the Trump administration has been attempting to persuade American companies to ditch China. While businesses are concerned about bitter trade tensions between the world’s two leading economies, US enterprises are reluctant to pack up their things, a recent survey by the American Chamber of Commerce (AmCham) in Shanghai showed. According to the poll, over 78 percent of companies do not want to change their investment allocations. As for moving out production, the survey found that just four percent of firms would relocate some capacities to the US, while 70 percent have no such plans.