A global intelligence alliance, “Five Eyes”, issued the security threat which led to the cancellation of the New Zealand cricket team's tour to Pakistan minutes before the toss of the first One-Day International (ODI) in Rawalpindi, NZ Herald reported.

The Blackcaps quit the series at the last minute citing unspecified security threats despite being given security assurance by Prime Minister Imran Khan to his New Zealand counterpart Jacinda Ardern.

The foreign team is set to depart the country via a chartered flight tonight.

"The threat was deemed credible before the match, and led to phone calls between New Zealand Cricket (NZC) and their counterparts at the Pakistan Cricket Board (PCB), and Pakistan and New Zealand Prime Ministers Imran Khan and Jacinda Ardern," it reported.

About the Rawalpindi police advisory citing a threat to the tour issued earlier this week, the report stated: "New Zealand Deputy Prime Minister Grant Robertson would not confirm whether that was the threat that caused the tour to be abandoned, but noted the threat was credible and action needed to be taken".

"As is normal in situations like this it is not possible or responsible to go into detail around the nature of these threats, but it was credible and had to be taken seriously.

"We support the decision made by NZ Cricket. They did so on the basis of security assessments, including by their own security advisers on the ground. There was a credible security threat and NZ Cricket has responded appropriately.

"We are grateful to the government of Pakistan for keeping the team safe while they have been there, and appreciate how disappointing this decision is for the cricket community in Pakistan. However, player safety has to be paramount. We continue to work closely with NZ Cricket to support them and the players."

Interior Minister Sheikh Rashid Ahmed, after the cancellation announcement, maintained that the New Zealand cricket team had called off its tour to the country because of an international 'conspiracy’ despite Prime Minister Imran Khan’s assurances of security.

“Some forces wanted to make Pakistan a scapegoat after what had happened in Afghanistan,” he said while addressing a news conference hours after the New Zealand cricket team cancelled its tour.

However, the minister added that he would not name the conspirators.

Rashid said the New Zealand's security in-charge contacted the government to say that they had a security threat regarding the tour.

“We even requested them to continue the tour without spectators but they refused.” 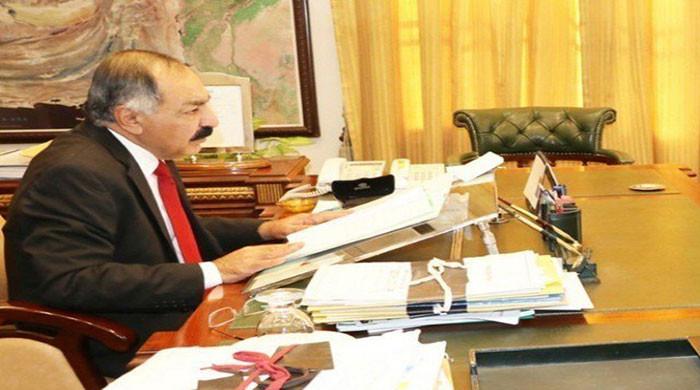