It was around midnight, hours after his seizure at gunpoint by soldiers in Mali’s capital, when Ibrahim Boubacar Keita finally appeared on national television.

“I would like at this precise moment, while thanking the Malian people for their support throughout these long years and the warmth of their affection, to tell you of my decision to relinquish my duties,” the 75-year-old president said behind a mask worn amid the coronavirus pandemic.

Capping a dramatic day of confusion and turmoil, Keita said he had been left with no choice but to declare the dissolution of the government and parliament.

“If it pleased certain elements of our military to decide this should end with their intervention, do I really have a choice?” he said. “[I must] submit to it because I don’t want any bloodshed.” 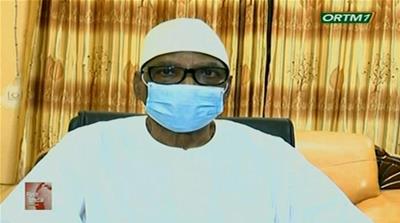 In the early hours of Wednesday, it was time for the mutinying soldiers who had forced Keita out of office and detained several senior government officials to make an appearance on state television.

Dressed in military fatigues, the coup-makers – who called themselves the National Committee for the Salvation of the People – promised to oversee a transition to election within a “reasonable” period and restore stability in a country struggling to contain a series of urgent crises, including a worsening conflict with armed groups that has spilled into the wider Sahel region.

“We are not holding on to power, but we are holding on to the stability of the country,” Colonel-Major Ismael Wague said in his address to Malians. “This will allow us to organise, within an agreed reasonable timeframe, general elections to equip Mali with strong institutions, which are able to better manage our daily lives and restore confidence between the government and the governed.”

International condemnation of the military coup was swift. Even before Keita’s statement, the Economic Community of West African States (ECOWAS) – a regional bloc that in recent weeks tried without success to mediate an escalating political impasse between the president and an opposition coalition staging mass rallies demanding his resignation – said it “utterly condemns” his “overthrowing”.

In a statement, it announced a series of sanctions, including stopping trade and imposing land and air border closures. ECOWAS also said it was suspending Mali’s membership, a move followed by the African Union (AU) on Wednesday.

Amid demands for the release of the detained politicians, including by former colonial ruler France, the United Nations general-secretary, Antonio Guterres, also called “for the immediate restoration of constitutional order and rule of law in Mali”.

Manu Lekunze, a lecturer at the University of Aberdeen, said both ECOWAS and the UN were selective in their condemnations and should have listened to the Malians who have been taking to the streets for weeks. 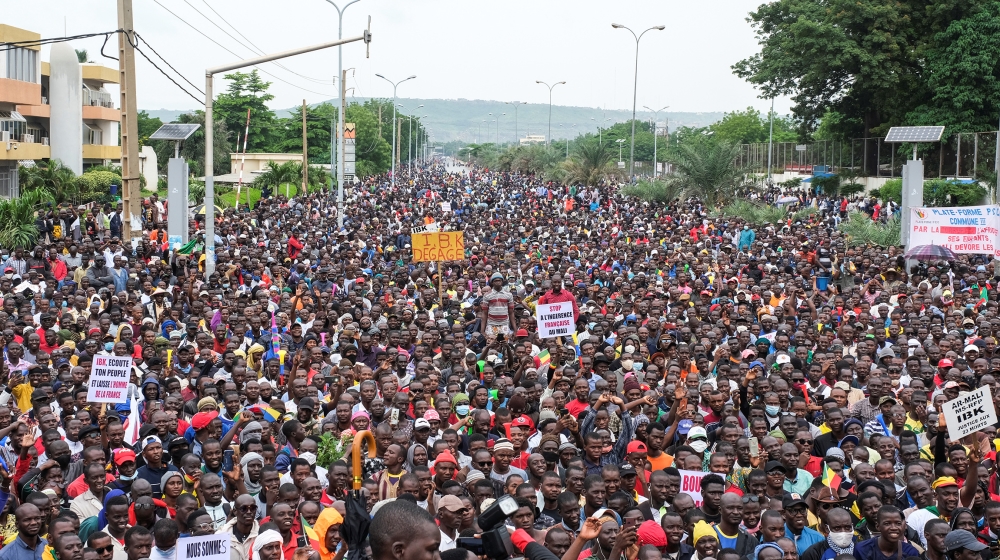 Tens of thousands of protesters, unhappy with rampant corruption, alleged election irregularities and worsening insecurity that has rendered large parts of Mali ungovernable, have rallied in Bamako since June calling for Keita’s departure.

Although anger over the country’s woes has been simmering for a while, the spark for the political crisis was a decision by the Constitutional Court in April to overturn the results of parliamentary polls for 31 seats, in a move that handed 10 more seats to Keita’s party.

The protests turned violent in July when a crackdown by security forces during three days of unrest killed at least 14 protesters and bystanders, according to rights groups.

Marie-Roger Biloa, an analyst at Africa International Media Group, said Keita’s removal by the army did not come as a surprise.

“The situation has been deteriorating for years in Mali and the country has been in an open crisis for weeks now,” Biloa told Al Jazeera.

“The situation was ripe for the military to take advantage of. The army is not happy because they are ill-equipped to fight the jihadists and they have lost many soldiers. There is also communal violence,” she said. “The situation was getting out of hand.” 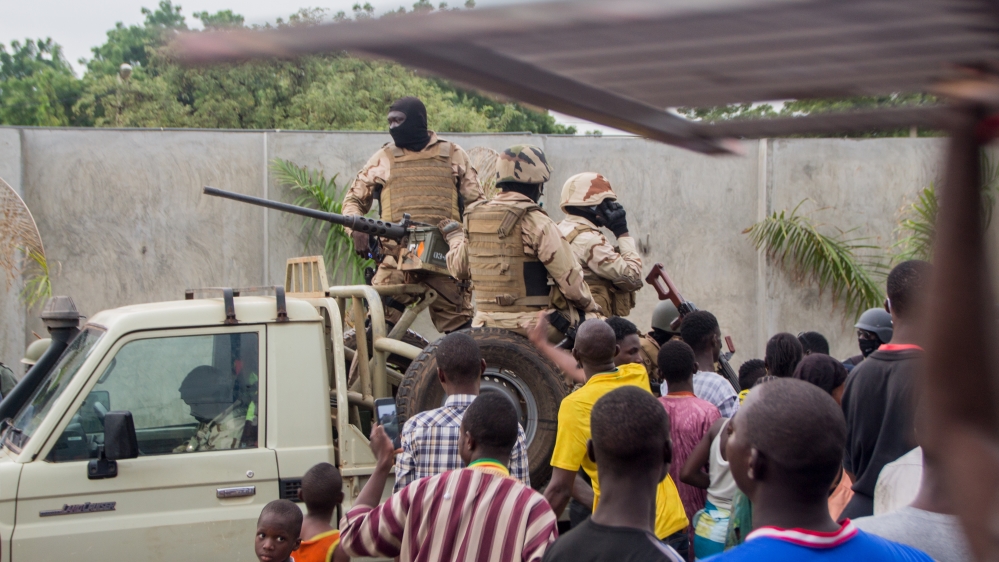 Keita came to power after winning a 2013 election held the following year after another military coup forced the then-government of Amadou Toumani Toure out of office.

“He was a unifying figure in a fractured country when he came to power. Keita was able to quell the discontent in the military,” William Lawrence, professor of political science at the American University in Washington, DC, told Al Jazeera.

The president was re-elected in 2018, but frustration grew amid a failure to lift living standards for most Malians and contain the conflict engulfing the country’s northern and central regions.

“There is severe political crisis that grew out of the botched March 2020 election; there is severe economic crisis complicated by COVID-19; and there is also severe security crisis which has led to the arrest of the one of the major opposition leaders held by terrorists in the north of the country,” Lawrence said, referring to the abduction of veteran politician Soumaila Cisse while campaigning in the volatile centre of the country days before the March 29 parliamentary election.

The overthrow of Keita “opens a phase of uncertainties”, according to Boubacar Sangare, a researcher at the Institute for Security Studies (ISS) think-tank.

“The apparent support of the coup by a section of the population says a lot about how they perceive state institutions and the constitution. It also showcases the depth of disarray and decay in which those institutions find themselves,” Sangare told Al Jazeera.

Sahel countries such as Niger and Burkina Faso that have long suffered cross-border attacks are also watching closely the events unfolding in Bamako. Countries in West Africa fear the violence could further spread into the generally more stable coastal states if the unrest in Mali creates further instability.

“Neighbouring countries are particularly concerned about the consequences of instability in Mali in the context of upcoming elections … and a deepening and expanding instability,” Sangare added.

Gov. Newsom imposes month-long curfew for most part of California amid criticism of flouting Covid-19 rules himself