The Foreign Office congratulated newly elected United States President Joe Biden after the US Congress certified that he and his running mate Kamala Harris had won the 2020 general elections, on Thursday.

During the FO’s weekly press briefing, spokesperson Zahid Hafeez Chaudhri said, “We’ve been monitoring the situation in Washington, DC,” adding that, “it is hoped that the transfer of power in the United States will be resolved soon.”

Speaking of India’s atrocities on its Muslim minorities, the FO observed that India sitting in the United Nations Security Council (UNSC) will be a joke in terms of its continuous human rights violations.

Pakistan was confident that the permanent members of the UNSC will not let India sit on non-permanent seat in the council, keeping in mind its countless human rights violations against minorities.

He added that India itself as a state is discriminating against its minorities and is in no position to speak at any forum.

“Pakistan will respond to India’s war frenzy with its desire for peace,” Chaudhri said.

Speaking about the Indian Illegally Occupied Jammu & Kashmir (IIOJ&K) the diplomat said that the Kashmiris’ right to plebiscite was observed on January 5.

On that day, India had promised to give Kashmiris their right to self-determination, he said.

“In a speech to All India Radio in November 1947, India assured the Kashmiris of the right to a referendum,” Chaudhry maintained.

However, he said, India has backtracked on all its promises in the last seven decades.

Pakistan has demanded the release of the Kashmiri leadership, especially Asiya Andrabi, from the UN secretary general and the Human Rights Commission.

He added that Pakistan welcomes the statement of the OIC Human Rights Commission, demanding the immediate release of Asiya Andrabi and other Kashmiri leaders and an end to human rights violations.

The spokesperson also briefly spoke about the recent burning of a Hindu temple in Khyber-Pakhtunkhwa’s Karak district saying that an immediate FIR was registered against those responsible.

“The government is the plaintiff in this FIR which reflects its policy towards minorities,” he added.

Chaudhri also spoke about the incident at Machh coalfield was also under investigation and the details will soon be made public.

He said that Pakistan welcomes the start of the second round of intra-Afghan talks in Doha.

“It is hoped that both sides will work out a roadmap to reduce violence and make the talks a success,” he said.

Denying the recent allegations made by Afghanistan’s first Vice President Amrullah Saleh, the FO spokesperson maintained that such allegations will not offer any help in the development of peace.

“Instead of non-government means, government channels should be empowered to discuss such matters,” he observed.

During the weekly briefing, FO spokesperson said that Pakistan welcomes the agreement between Saudi Arabia and Qatar to open airspace, land and sea border in the first steps toward ending the three-year-old Gulf dispute.

He added that the role of Kuwait in trying to restore relations between the countries was also appreciated. 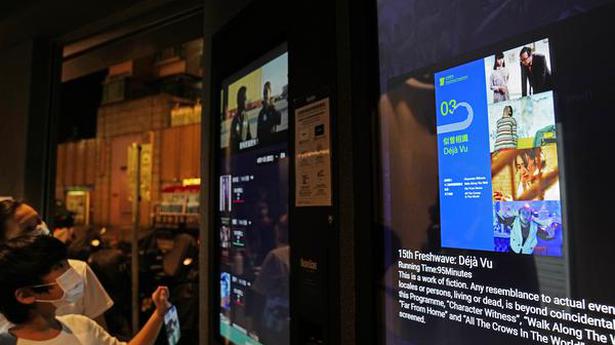 Hong Kong to amend law to step up film censorship

How Russia successfully restored balance to its South Asian strategy