Iran has opened its first oil terminal in the Gulf of Oman and referenced the “failure” of US sanctions to deter its progress. It will allow oil exports to bypass the Strait of Hormuz, which has recently seen multiple incidents.

The new oil terminal is located at the port of Bandar-e Jask, which lies just south of the strait. The faculty was inaugurated by the country’s President Hassan Rouhani, who announced the achievement in a televised speech on Thursday.

“This is a strategic move and an important step for Iran. It will secure the continuation of our oil exports,” Rouhani stated.

The narrow and busy Strait of Hormuz has been a source of international tensions for decades, with a series of maritime incidents involving oil tankers occurring in it and the wider Persian Gulf region in recent times. The area has also seen a number of close calls between the US and Iranian military, with the two sides blaming one another for “unsafe” conduct in the troubled waters.

The inauguration of the oil terminal constituted a “failure” of US sanctions against the country, Rouhani argued, as the new facility will allow swifter and safer exports.

This new crude export terminal shows the failure of Washington’s sanctions on Iran.

According to Rouhani, Iran is seeking to export around a million barrels per day from the new facility. The project – which includes the oil facility itself and a pipeline reaching it – was worth some $2 billion, Iran’s Oil Minister Bijan Zanganeh revealed.

“The implementation of the Goreh-Jask port crude oil transfer project took place with about $2 billion investment,” Zanganeh said, as quoted by the oil ministry’s Shana website.

Iranian oil industry has been targeted with numerous sanctions over the past few years, after then-US president Donald Trump walked away from the landmark 2015 nuclear deal, officially known as the Joint Comprehensive Plan of Action (JCPOA). Under the terms of the deal, Iran had agreed to strictly limit its nuclear program in return for the lifting of sanctions and the receipt of other economic benefits. In response to the US actions, Tehran has gradually suspended its obligations under the JCPOA, expanding its nuclear activities and installing new uranium-enriching equipment.

Later, Trump vowed to bring Iranian oil exports – which account for a sizeable chunk of the country’s income – to zero. While it has heavily hit the Iranian oil sector, Washington has so far failed to achieve that goal.

After the change of the US administration, Washington and Tehran set up indirect talks on the fate of the comatose JCPOA. The negotiations have not yielded any tangible results, however, with Iran maintaining that only the full and unconditional lifting of sanctions would persuade it to observe the JCPOA-envisioned bounds once again. 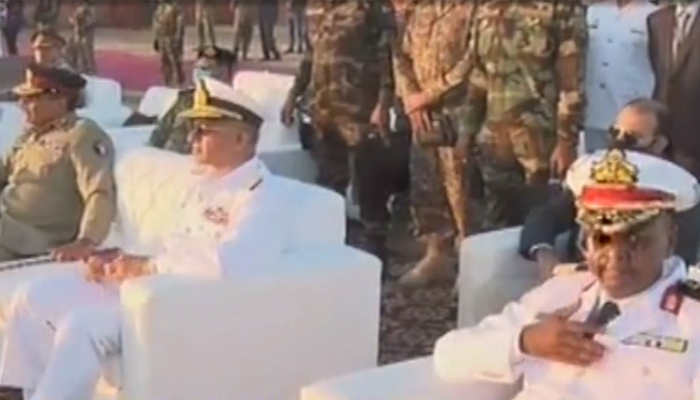