Hand-wringing over Alexey Navalny is but an excuse to target Russia and the EU should not lecture anyone about human rights when it turns its back on Julian Assange and other cases closer to home, Irish MEP Clare Daly told RT.

“We have this narrative of supposedly European values, whatever they are, that we’re supposed to bring them to the rest of the world and that Russia isn’t playing ball with that, which is obviously nonsense,” Daly told RT on Wednesday.

Daly made waves on the floor of the European Parliament on Tuesday, when she condemned the “relentless Russophobia” of her colleagues and said that they wouldn’t even be discussing the Russian political activist if “he had been arrested anywhere else other than in Russia.”

To paraphrase Mark Twain, reports of my censorship are greatly exaggerated. If the below is being tagged as “sensitive content” by Twitter, well that says a lot about the sensitivities of some people. In any case, you can watch it on the EP website: https://t.co/0sAWtdnwrh pic.twitter.com/WoPqeWH9gC

A Moscow court found Navalny guilty of violating parole last week and sent him to serve his 2014 suspended sentence in an embezzlement case. The EU has denounced this as a politically motivated prosecution of a Russian “opposition leader.”

Echoing her remarks on the EP floor, Daly pointed out that the EU is preventing any mention of WikiLeaks co-founder Julian Assange, “effectively incarcerated for 10 years for journalism, for exposing US war crimes,” in their human rights reports. She also brought up Catalan rapper Pablo Hasél, who is being sent to prison in Spain over his song lyrics.

“And yet the EU is going around telling the rest of the world that they’re great defenders of democracy. This has nothing to do with democracy,” Daly said.

Daly’s condemnation of MEP hypocrisy came as her colleagues brigaded the EU High Representative for Foreign Policy Josep Borrell for his recent visit to Moscow, successfully bullying him into endorsing new sanctions against Russia.

Only a couple MEPs were tentatively supportive of her points and the body was dominated by those with anti-Russian views, Daly told RT. “I find the EP is not hugely representative of the citizens of Europe on a whole number of issues.”

Individual member countries like France and Germany do a lot of business with Russia and would like to continue doing so, she argued. As for the source of the Russophobia, she attributed that to a “crisis of identity” in the EU, driven by the military-industrial complex desperate to justify its existence and budget and eager to create a “phantom enemy” in Moscow for the purpose.

Upon returning from Moscow last week, Borrell wrote that “Europe and Russia are drifting apart. It seems that Russia is progressively disconnecting itself from Europe.”

Russian Foreign Ministry spokeswoman Maria Zakharova reacted by saying this “completely contradicts what he said in Moscow,” and “means that someone is dictating to the European Union how to behave toward Russia.”

More than 70 MEPs have since signed a letter demanding that the European Commission President Ursula von der Leyen fire Borrell, accusing him of “failure to stand for the interests and values of the European Union during his visit,” and causing “severe damage to the reputation of the EU.” 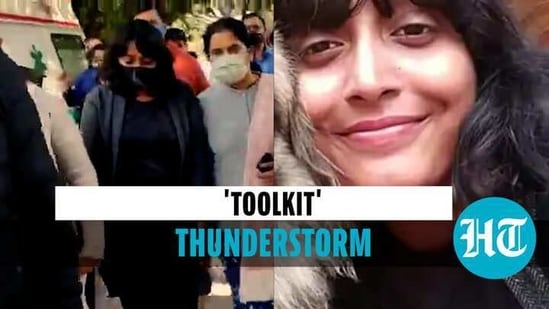