The European Court of Justice (ECJ) in Luxembourg has ruled that companies based in the EU can cancel contracts with Iranian organizations if upholding the original deal would lead to “disproportionate economic loss.”

On Tuesday, the ECJ set a precedent by ruling that Deutsche Telekom’s decision to terminate a contract with the German branch of the state-owned Bank Melli Iran would be lawful if a regional court contended that the telecoms firm would have sustained major losses due to US sanctions on Tehran.

Bank Melli Iran took legal action after Deutsche Telekom terminated a contract with it in 2018, prior to its expiry, after then-US President Donald Trump unilaterally withdrew from the Iran nuclear deal and reimposed crippling sanctions on Iranian businesses. The German firm, which makes about half of its turnover from its US enterprise, was concerned about becoming entangled in American sanctions.

In an attempt to save the nuclear deal following the US’ withdrawal, the EU had passed a “blocking statute” banning individuals and companies in the 27-nation bloc from adhering with the sanctions.

While the ECJ noted that the “blocking statute” might be “relied on in civil proceedings,” the EU’s prohibition could not “infringe the freedom to conduct a business … by leading to disproportionate economic loss.”

The ECJ said the Higher Regional Court in Hamburg would have to rule on whether Deutsche Telekom upholding its end of the contract would have resulted in “disproportionate economic loss.” If that were deemed to be the case, Deutsche Telekom’s move would indeed be lawful.

It noted that Deutsche Telekom had not applied to be released from the contract under the blocking statute, however, and said the Hamburg court would have to take that into consideration.

It is not yet clear when there will be a final ruling. 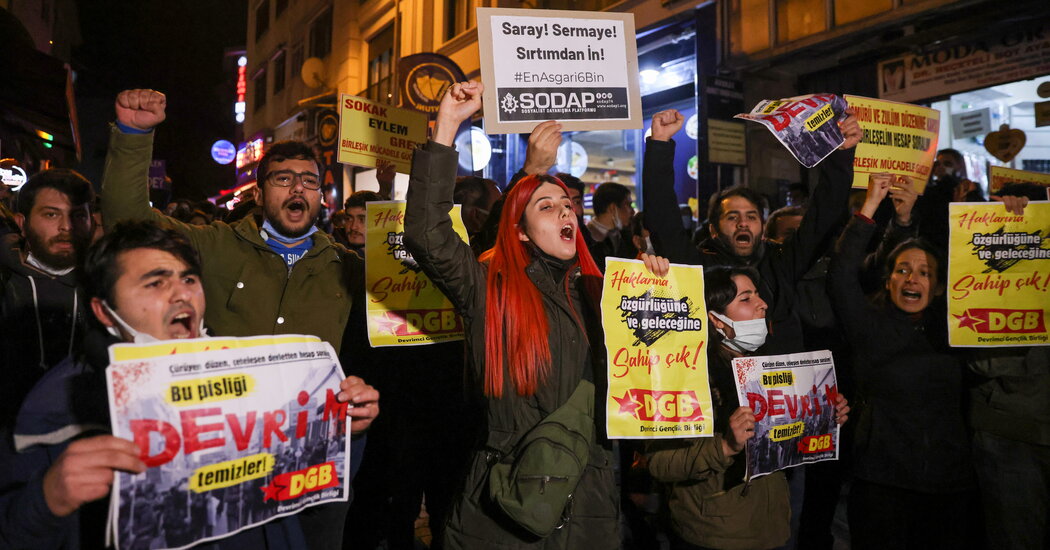 ‘Our Money Has No Value’: Frustration Rises in Turkey at Lira Crisis