Scientists in Hong Kong have reported the first documented case of coronavirus re-infection, casting doubt on the idea that lasting immunity against the deadly disease can be achieved.

The groundbreaking revelation was made by a research team with the Hong Kong University (HKU) on Monday. The scientists “have proven the first instance of human re-infection” by the coronavirus, the university’s Faculty of Medicine said.

The dreaded disease was caught twice by an unlucky local resident, described as a 33-year-old man of good health. The patient was first diagnosed with coronavirus late in March, when he had shown the symptoms for three days. The man was discharged from a hospital in mid-April, after twice testing negative for the virus.

“During the second asymptomatic episode of Covid-19, the patient was returning to Hong Kong from Spain via the United Kingdom,” the research paper, accepted by the international medical journal Clinical Infectious Diseases, reads.

While the man was initially suspected of being a virus carrier ever since his first coronavirus episode, this proved not to be the case.

Our findings suggest that [Covid-19] may persist in the global human population as is the case for other common-cold associated human coronaviruses, even if patients have acquired immunity via natural infection.

People who have successfully beaten the virus should therefore comply with “universal masking and social distancing,” the team said, as well as being subject to vaccination when one becomes widely available.

While the possibility of Covid-19 re-infection has been rumored for some time, the HKU research appears to be the first actual evidence to back it up. Such findings further reinforce fears, voiced by the World Health Organization (WHO) and other scientists, that the pandemic could be set to last for years, while the virus itself may never be eradicated entirely. The research also blows new holes in the idea of so-called ‘herd immunity’, the proponents of which believe everyone should contract the virus, hopefully beat it and therefore become immune to any subsequent infection.

The virus, which has been plaguing the world for over six months, has killed more than 800,000 people around the world, while nearly 23.5 million have contracted it, the latest figures from Johns Hopkins University (JHU) show. 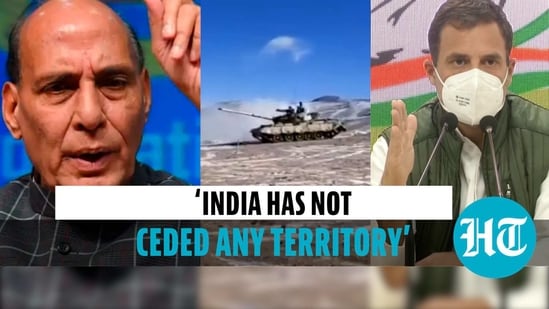 ‘India has not ceded any territory’: Defence Ministry after Rahul’s LAC remarks

We need to recognise economy in bad shape: Haroon Akhtar