Kolkata: For the first time since India started keeping its COVID-19 tally, the daily number of cases crossed 100,000 in the last 24 hours. There were a total of 103,558 new positive cases that were reported until early Monday morning, running through Sunday, alone, beating the previous highest daily tally of 97,894 cases reached on September 16 last year.

To put things in perspective, late on Sunday night, India’s total number of positive cases since the start of the pandemic in March 2020 crossed the tally of the United States and Brazil – two of the worst-affected countries.

These are not just alarming statistics, but they tell a tale that is much more horrifying than what these numbers would suggest at first glance.

And the element of horror lies in the fact that a daily tally of positive cases of coronavirus infection that is in excess of 100,000 is indicative of a general public apathy and a certain degree of complacency on the part of both, the public as well as the government, in dealing with a crisis that mankind has not seen since the end of the Second World War.

The situation is particularly alarming in the state of Maharashtra, which has seen a rapid spread in the double mutated strains L452R and E484Q of the novel coronavirus, according to some experts. Between March 21 and April 3, the western Indian state alone accounted for 504,376 cases.

Now the question that obviously comes to mind here is that how did India get into a scenario such as the current one, given the fact that in early January and all through February, there was a significant drop in the number of positive cases and deaths from the virus.

To try and answer that ‘why’, let us check out this one bit of spine-chilling fact: In a large state like West Bengal, there had been at least two massive political rallies in the heart of the metropolis of Kolkata since late February, wherein crowds in excess of 500,000 gathered with scant respect towards COVID protocol.

There have been scary visuals flashed across television screens over the last two months of political bigwigs across the spectrum holding huge public rallies where words such as ‘masks’ and ‘social distancing’ appeared as if they existed only in the moon and as if coronavirus had never been heard or talked about in living memory!

The picture isn’t much different in the other states that are currently going through campaigning and electioneering for assembly polls such as Tamil Nadu, Assam, Kerala and Puducherry. In addition to that, since early January, when the COVID-19 infection rate started declining significantly all across India, there was a general feeling of apathy and complacency among the public that coronavirus had been beaten for good.

Scant regard for physical distancing

Even as reports of new mutated strains of the virus surfacing in the United Kingdom, South Africa and Brazil started pouring in, India, with a population of 1.3 billion, was blissfully throwing caution to the wind and indulging in mass gatherings and social events with scant regard for physical distancing norms and personal hygiene exercises.

Suddenly, just about everyone thought that coronavirus was a thing of the past, even as new mutated strains of this dreaded virus were sweeping the other parts of the world. The problem in Maharashtra was particularly acute because given state capital Mumbai’s vibrant night life, its surfeit of economic activities and a massive network of mass transit system – the suburban rail system in particular – the western Indian state and the nation’s financial capital were sitting on a mountain of gun powder that was silently but very definitively heading towards detonation point.

What we are seeing now in Mumbai, and Delhi, too, for that matter, is the net result of a callous approach towards handling a crisis of this magnitude – both, in terms of public apathy and institutional ineptitude.

Let’s not forget two important points here: Firstly, India, with such a massive population and with its rickety health-care infrastructure, was indeed lucky to have weathered the first ‘wave’ of coronavirus infection. Secondly, the progress of vaccinating a 1.3 billion-strong population has so far been painstakingly slow.

For the record, 76 million doses have been administered so far. This translates into 10.2 million people who have been fully vaccinated — that is a minuscule 0.7 per cent of the population.

While the danger was far from over, many thought that they had seen the worst phase of the crisis and started going about their daily lives and livelihood just like the way they would in the pre-COVID days. The consequences are now there for everyone to see! 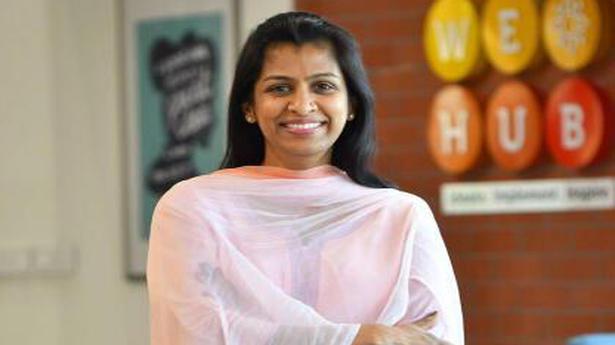 Women Entrepreneurs Hub in Hyderabad: Nursing the dreams of tomorrow