ISLAMABAD: Prime Minister Imran Khan on Sunday warned that the government may be compelled to enforce a “complete lockdown” across Pakistan is coronavirus cases continue to rise at the same rate, blaming Opposition for holding jalsas and endangering people’s lives as a result.

Taking to Twitter, the prime minister blamed the PDM for “deliberately endangering lives and livelihoods” by holding jalsas across the country with coronavirus cases in Pakistan on the rise.

“If [coronavirus] cases continue to rise at the rate we are seeing, we will be compelled to go into complete lockdown and the PDM will be responsible for [the] consequences,” he tweeted.

Reiterating his often-repeated stance, the premier told Opposition parties that he would not grant them an NRO even if they held “a million jalsas”.

“Opposition is callously destroying people’s lives & livelihoods in their desperation to get an NRO. Let me make it clear: they can hold a million jalsas but will not get any NRO,” he tweeted.

However, the prime minister said he did not want to take the lockdown measure as it would hurt the economy and create problems for the people. He lashed out at the Opposition by saying that its “only goal is NRO at whatever cost to the lives of people & the country’s economy”.

“I do not want to take measures like a lockdown that will start hurting our economy which at the moment is showing signs of a robust recovery. Unfortunately, the Opposition’s only goal is NRO at whatever cost to the lives of people & the country’s economy,” he tweeted.

Khyber Pakhtunkhwa government had denied permission a few days ago to the PDM to hold a public gathering in Peshawar today.

Authorities had said that the matter was considered by the district administration and capital city police under Section 14 of the KP Civil Administration Act 2020. The government officials did a field assessment and held a meeting with the jalsa organisers.

But, citing a November 2 notification issued by the KP government banning large public gatherings owing to the rising coronavirus positivity rate in the community, the deputy commissioner denied permission to hold the jalsa “after considering all aspects, and to safeguard human lives due to potential spread of COVID-19”.

However, the PDM said it would carry on its jalsa in Peshawar, with JUI-F chief and the PDM’s president, Maulana Fazlur Rehman saying that the government was the “coronavirus”. 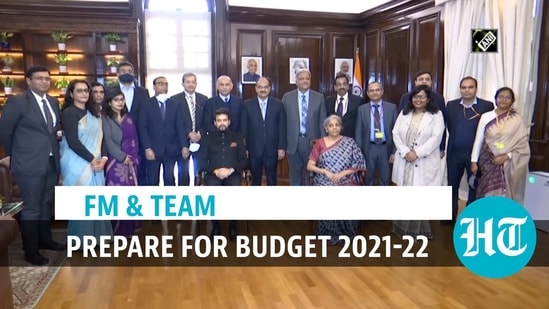 Watch: Finance Minister Nirmala Sitharaman with team ahead of Budget 2021