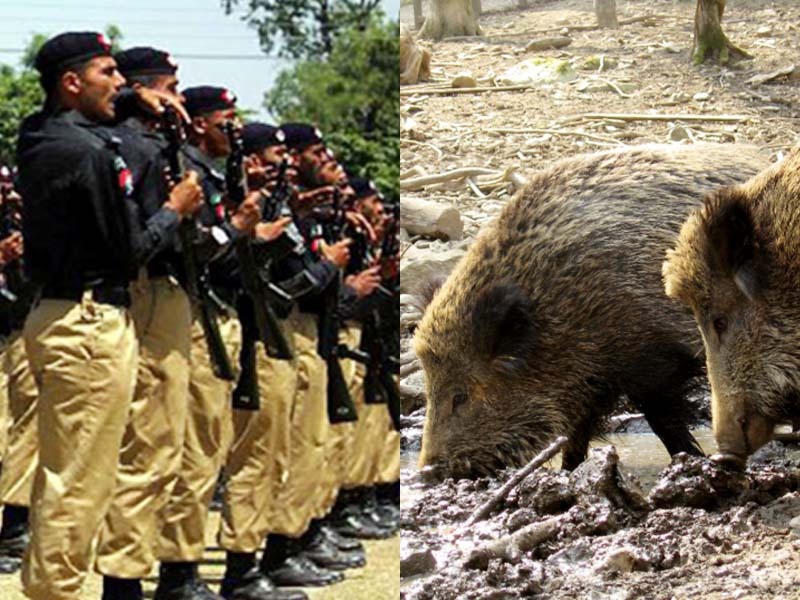 In an extraordinary series of events in Moro city of Sindh’s Naushahro Feroze district, two pigs ran riot in a police station with cops running out of the building.

According to details, as soon as the pigs made an unexpected entry into the station building, the police staff present inside panicked. The witnesses noted that police stayed outside while pigs were inside.

The station house officer (SHO) said one of the pigs was brought back out while the personnel sought help to bring out the other one.

The police managed to reclaim the station with the help of locals.

Everyone in England will have access to free rapid Covid-19 tests twice a week, PM Johnson says, as economy reopening begins