Research by a Bloomberg-funded data firm predicts an apparent landslide win for Donald Trump on election night, followed by a swing to Joe Biden as mail votes are counted over several days, almost guaranteeing a contested result.

Data and analytics firm Hawkfish told the Axios news site that President Donald Trump will likely enjoy what appears to be a landslide victory on November 3. Hawkfish, a firm funded by Democrat billionaire Michael Bloomberg and employed by the Democratic National Committee, claimed that Trump could hold a lead of 408-130 electoral votes on election night.

This landslide would be the most one-sided result since George HW Bush dispatched Michael Dukakis by 426 votes to 111 in 1988. However, according to Hawkfish CEO Josh Mendelsohn, it would be a “red mirage.”

In the days after, a steady trickle of mail-in ballots would swing the vote back in Biden’s favor, and could see the Democrat win by 333-204, according to one modeling prediction. A victory for Biden in this scenario would take nearly a week, with 15 percent of mail-in ballots counted every day. Central to Hawkfish’s prediction is the assumption that Democrats are more likely than Republicans to vote by mail, on account of coronavirus fears.

The election is essentially over when one side concedes. Hawkfish’s report aims to “sound an alarm” over the possibility of Trump claiming an early victory, and Axios says that the company is trying to highlight the possibility of Trump’s team challenging mail-in ballots and applying political pressure on local officials to reject them.

Trump himself saw the report differently, however, suggesting on Wednesday that it foreshadows a “rigged election.”

The president regularly accuses his opponents of pushing for mail-in voting to clinch a fraudulent victory. In one example cited by Trump this summer, residents of Patterson, New Jersey voted by mail in municipal elections. As it transpired, nearly 20 percent of all ballots cast were tainted, and a state judge ruled the election null. New Jersey still plans on holding November’s election almost entirely by mail, and has been sued by the Trump administration for this plan.

It seems unlikely that Trump and his supporters would accept a victory for Biden won on mail-in votes. However, it looks equally unlikely that Biden’s team would concede until days, or even weeks, after election night.

Former presidential candidate Hillary Clinton urged Biden last month not to concede the election “under any circumstances,” claiming that Trump would try to “mess up absentee balloting.” She then called for a “massive legal operation” to challenge a potential Trump victory.

Absentee ballots are distinct from mail-in ballots in that voters who ask for one need to have a valid excuse for not voting in person. They are often used by military personnel stationed overseas, or voters out of state for work. These ballots were used by Republicans to secure victory for George W Bush in 2000, though Democrats claimed at the time that thousands of them were counted in error and should be excluded. This time, however, Clinton insists that Republicans will be the ones blocking their counting.

Yet, no matter the result at the ballot box, a substantial chunk of the American public likely won’t accept it. Public trust in government has fallen to historic lows, reaching just 17 percent last year. If November’s election goes to the Supreme Court, the results likely won’t please the public either. Only 40 percent of the public trusts the nation’s highest court, a figure that’s remained below 50 percent for the last three decades.

Crucially, the American public is arguably more polarized now than at any point in recent history. Studies have found that the political divide in the US is widening faster than anywhere else around the world. With Americans willing to beat and kill each other in the streets over ideology, a contested election seems a foregone conclusion at this point.

Of course, Hawkfish’s prediction is just that, a prediction. The company’s data is based on polling, which failed to predict Trump’s shock victory in 2016, and according to the president himself, doesn’t take into account the “silent majority” who’ll vote for him in November. Even polls that usually favor Democrats have shown a decline in Biden’s lead after the summer of unrest in the US, and any combination of events between now and November may close that gap even further. 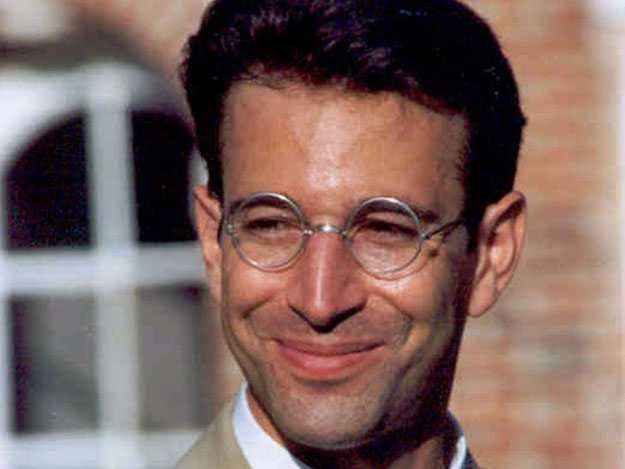