Prime Minister Imran Khan is not the only prime minister of the country who was compelled to seek a vote of confidence from the lower house of parliament. Former PM Nawaz Sharif had also to get a confidence vote when he faced defections during his first tenure in 1993.

“Pakistan's newly reinstated prime minister, Nawaz Sharif, won a sweeping victory today in a crucial vote of confidence,” stated The New York Times’ story published on March 28, 1993. Just like PM Imran, Sharif had felt in 1993 that his days were numbered and he needed a fresh vote.

Surprising as it may seem, former PM Benazir Bhutto had boycotted the session back then, along with her PPP lawmakers and defectors from Sharif's party. Interestingly, these defectors were part of the caretaker government when Sharif was dismissed by President Ghulam Ishaq Khan in April 1993.

History is repeating itself as PM Imran is taking a vote of confidence and the opposition parties’ alliance – the Pakistan Democratic Movement (PDM) – has announced to boycott the assembly’s session. The only difference is that this time around the PPP and the PML-N are standing united against the PTI.

Imran needs to take a vote from NA legislators as the opposition alliance stunned the PTI government on March 3 when PDM candidate Yousuf Raza Gillani pulled off an unexpected victory against the ruling party’s Dr Abdul Hafeez Shaikh in the Senate elections on the general seat from Islamabad.

In the house of 341 members, 340 votes were polled on Wednesday. Former prime minister Yousuf Raza Gillani bagged 169 votes while his rival received 164 votes; seven votes were rejected and one member abstained from casting his vote.

Surprisingly, PTI’s Fouzia Arshad won the women seat from the capital by securing 174 votes against 161 obtained by PML-N's Farzana Kausar; only 5 votes were rejected.

The five-vote victory in the capital’s Senate election brought the defining moment in the otherwise battle of narratives going on for months between the government and the PDM.

But before the opposition could move a vote of no-confidence resolution, PM Imran announced that he would take a vote of confidence from the house. Countering the government’s move, the PDM announced a boycott of Saturday’s NA session, coming full circle after almost three decades.

President Dr Arif Alvi has convened a session of the lower house at 12pm during which PM Imran would seek a vote of confidence from the parliamentarians in an apparent move to counter the opposition’s ability to challenge the legitimacy of his government.

The 30th NA session will make it clear whether PM Imran commands the trust of the house and whether the lawmakers who allegedly ditched the ruling candidate on the general seat in the recently-held Senate election stick to their stand.

A total of 172 votes in the 342-member house are needed for a simple majority and to stay in power. The ruling coalition had 181 members but after the resignation of one of its MNA, Faisal Vowda, the number has come down to 180. The opposition coalition has 160 members in the house.

Party-wise, the PTI had 157 members in NA but following the resignation of a lawmaker, it has now 156 members while its allies include seven MNAs from MQM, five each from the PML-Q and the BAP, three from the GDA and one MNA each from the AML and the JWP.

Two of the four independents are also members of the ruling coalition; making a grand total of 180. Since the opposition has already boycotted the session, all the ruling party needs to do is to get all those standing with the government to vote for the PM.

Why is a vote of confidence needed?

Section 36 of the Rules of Procedure and Conduct of Business in the National Assembly, 2007, explains that whenever the prime minister has to obtain a vote of confidence under clause (7) of Article 91, voting shall be recorded in accordance with the procedure set out in the Second Schedule, which defines the procedure for recording of votes.

Since all elections under Section 226 of the Constitution, other than those of the prime minister and the chief ministers, are held by secret ballot, the voting process will be open and if the premier fails to get simple majority – 172 votes out of the 342 votes – he is sent packing and the cabinet is dissolved.

Article 91(8) states that the prime minister may, by writing under his hand addressed to the president, resign his office.

The procedure for vote of confidence on the prime minister has been clearly defined in the Second Schedule of the NA Rules of 2007.

The Second Schedule states that before the voting commences, the speaker shall direct that the bells be rung for five minutes to enable members not present in the chamber to be present.

Immediately after the bells stop ringing, all the entrances to the lobby shall be locked and the assembly staff posted at each entrance shall not allow any entry or exit through those entrances until the voting has concluded.

The speaker shall then read out the resolution before the assembly and ask the members who wish to vote in favour of the resolution to pass in single file through the entrance where tellers shall be posted to record the votes.

On reaching the desk of the tellers, each member shall, in turn, call out the division number allotted to him under the rules. The tellers shall then mark off his number on the division list simultaneously calling out the name of the member.

In order to ensure that his vote has been properly recorded, the member shall not move off until he has clearly heard the teller call out his name.

After a member has recorded his vote, he shall not return to the chamber until bells are rung under paragraph. When the speaker finds that all the members who wished to vote have recorded their votes, he shall announce that the voting has concluded.

Thereupon the secretary shall cause the division list to be collected, count the recorded votes and present the result of the count to the speaker. 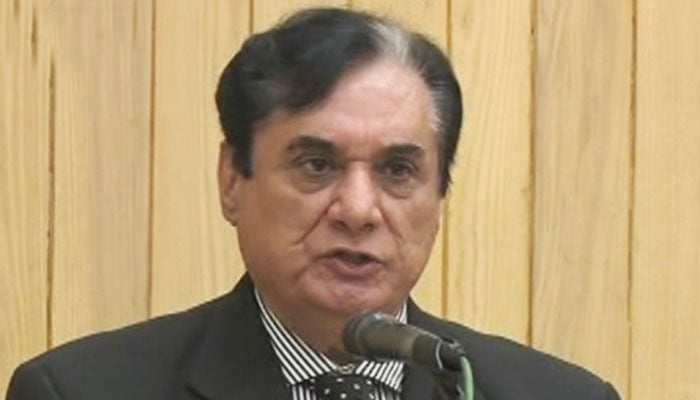