The show is the first, baby steps towards cleaning up the Tamil comedy space, which largely speaks to and is centered around the IT crowd

When Amazon Prime Video rolled out the first edition of Comicstaan in 2018, one of the criticisms held against the show, despite providing a platform for homegrown comics to benefit from, was how predictable the jokes were and how sketchy the sketches were, when compared to the standard set by international shows — with regard to content and format.

If that could happen to Comicstaan, mentored and judged by a distinguished panel of comics who (in)appropriately have become the face of stand-up in India, a show which might traditionally be construed liberal if seen from the prism of the South, you can imagine what not to expect from Comicstaann ̶S̶e̶m̶m̶a̶ ̶C̶o̶m̶e̶d̶y̶ ̶P̶a̶.

It helps if you have seen the shockingly-banal trailer, for, it sets the tone and, in a way, prepares you for what’s about to unfold on the show. But but here’s the good news: the Tamil version of Comicstaan is not as bad as one would have thought it would be. It still is shaky, plastic-ky and largely unfunny in parts. But let us save that for later.

Unlike Comicstaan, which had over 10 judges and 10 contestants, the Tamil version has a shorter format (with eight episodes with a run time of 45 minutes each) and has three judges — Karthik Kumar, Praveen Kumar and Rajmohan Arumugam — mentoring a team of six comics, Syama Harini, Abhishek Kumar, Mayandi Karunanithi, Yogesh Jagannathan and Anamalai Lakshmanan, who are put to acid test in various genres of comedy: sketch, anecdotal, topical, comedy of errors and so on.

The comics, after their initial resistance to cocoon out of their comfort zone, come alive and exhibit their personality — apparently one of the essentials in stand-up — as the show proceeds. But where Comicstaan Semma Comedy Pa gets interesting is comedy of errors, a form of improv where comics are given topics on the spot. Improv, in a cricket glossary, is like Test cricket which will truly determine whether you still have it. Some escape unscathed, while the damage has been done.

But the harsh truth is: there is not a single comedian who is incredibly funny. Of course, there is Abhishek Kumar — known for his Janaki teacher videos — whose theatrics aid him in achieving a certain kind of response. There is Syama Harini, the only female comic who owns the stage like nobody does. There is also Yogesh whose biggest strength seems to be making you buy into his cluelessness.

Perhaps the biggest asset of Comicstaan Semma Comedy Pa is Karthik Kumar; he is fairly academic, tends to theorise punchlines, and explains why the joke is working or where the construction is faltering. As is Praveen Kumar, a self-proclaimed master of puns, insisting on tight sets with tighter punchlines. It is absolute joy to watch Karthik break down the fundamentals of theatre; his analogies make you wonder why some of his acts are not as rapturous as he sounds them to be, something he himself confesses — “I’m slightly in a confusing phase right now and that happens to all of us.” Rajmohan Arumugam is a misfit here, although his Mudumalai forest gag is a scream. Mervyn Rozario who has turned host seems like a better fit.

The show, if anything, is a ghastly reflection of why the Tamil stand-up comedy scene is largely pedestrian and does not transcend the English-speaking, whiskey-drinking crowd with whom it is associated with.

Even some of the premises that the comedians work on, are predominantly written and performed to the #StraightOutta IT crowd, which occupies the dominant part of today’s audience, both inside and outside the show — it is not to be taken as a critique of the privileged lot. That is not the point I’m trying to make.

I’m talking of a comedy that is ours; that is free of classes, that is firmly rooted, not just for the sake of it. When I say ours, let us not restrict the broadly-varied spectrum to three topics: Tamil cinema, IPL and women’s issues. Even the jokes written around these are, for the lack of a better word, vegetarian. Which is why I liked the dry humour that runs in Mayandi Karunanidhi’s sets better; he is casual, effortless and does not seem to care that he is performing. Perhaps, what the South lacks in the comedy space is a Biswa Kalyan Rath, a Zakir Khan or even the recent Akash Gupta.

What we hope to see in the future, if there is a Season Two of Comistaann ̶S̶e̶m̶m̶a̶ ̶C̶o̶m̶e̶d̶y̶ ̶P̶a̶ that is, is more diversity among the judges and among the contestants. 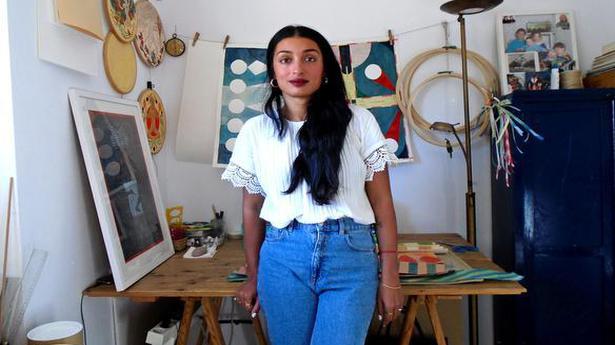 Where winged women fly away: The art of Rithika Merchant Dhanush to begin shoot for Selvaraghavan’s ‘Naane Varuven’ in August