In a tweet from his official handle on Friday, envoy Nong Rong said he had a comprehensive review of the CPEC cooperation and discussed the way forward with Bajwa.

“Impressed by the work of the CPEC Authority led by him [Bajwa],” he added.

Had a comprehensive review of the CPEC cooperation and discussed the way forward with Asim Saleem Bajwa @AsimSBajwa Chairman, CPEC Authority. Impressed by the work of the CPEC Authority led by him. pic.twitter.com/SCHeYpL8r3

The China-Pakistan Economic Corridor has achieved major progress since its launch seven years ago, bringing a total of $25 billion of direct investments to the country, the Chinese Foreign Ministry had said earlier this month.

During his regular briefing in Beijing, Foreign Ministry Spokesperson Wang Wenbin noted that many projects have been started or completed under CPEC, a dynamic project of the Belt and Road Initiative (BRI) launched by President Xi Jinping

In the past five years, CPEC projects have created 55,000 direct jobs in the road infrastructure sector, of which 48,000 have been created specifically for local Pakistanis. 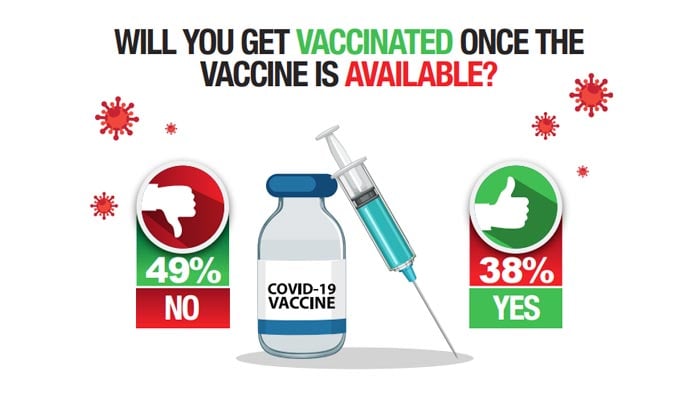 Most Pakistanis choose not to get coronavirus vaccine: survey